U.K. depends on France for the nuclear renaissance

But first EdF and Areva have to get organized at home 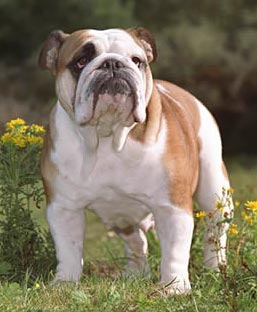 The United Kingdom currently has 19 nuclear reactors producing just under 20 percent of the nation's electricity. All but one of the reactors has to be replaced by 2023. Development of new coal-fired power stations isn't an option, given the challenges of global warming and the finite limitations of North Sea natural gas supplies. The U.K. government is committed to a plan for seven new reactor sites supporting a new build of 19 GWe of nuclear power.

As many as nine 1600-MW Areva EPRs could be built in the U.K. by Electricite de France (EdF) on four of the sites. Two more sites are wide open in terms of selecting a reactor design. Although Westinghouse is likely to take some market share with its AP1000, the larger Areva reactor has an advantage because fewer units will be needed for power stations ranging from 3000 to 5000 MW each.

Potholes ahead on the road to the nuclear renaissance

To deliver this awesome capability, EdF and Areva, which are both owned by the French government, must find new ways to work together. The road to success is full of potholes, however, caused by confusion at the highest levels of France's government on how this is supposed to take place. Areva is seen by its own government and by investors as being undercapitalized for the projects ahead and overcommitted financially for reactor projects that are way behind schedule in France and Finland.

In late 2010, Areva raised $900 million in new capital from government sources as part of a projected need for new capital of $4 billion. At the same time, the French government is still dithering over whether or not to list yet more of Areva's shares for acquisition by non-governmental investors.

Opening state-owned firms to investor equity shares-and the demands for profitable results-rubs socialists the wrong way. It is likely that the government will intervene in the future, and possibly against Areva's interests relative to building market share, due to political considerations.

For instance, Siemens, which makes giant turbines needed by nuclear power stations, owns a 34-percent stake in Areva as a result of French-German relations. Siemens now wants to have its shares bought out, at the expense of Areva's capital requirements, so it can fund a competing reactor venture with Rosatom, Russia's nuclear energy export firm. The cost of the buy out could be in the range of $2.5 billion.

Siemens is lobbying for the multi-billion-dollar buyout through German Chancellor Angela Merkel, turning what ordinarily might be a corporate battle for capital into a bilateral diplomatic dust up. French President Nicolas Sarkozy has to balance the need to grow Areva's market share-and acquiring the capital to fuel that growth-against the demands of a powerful neighbor that has lots of other fish to fry with the French, in addition to the Siemens deal.

Tow trucks may take you to the wrong garage 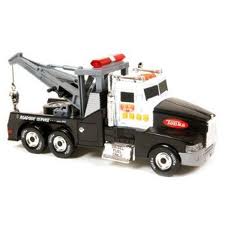 Is help on the way? The answer may be "yes," but it falls into the category of "be careful what you wish for."

As part of its continuing interventionist strategy in Areva's commercial future, the French government is developing a high-level nuclear council to reorganize its state-owned nuclear corporations. A key objective is said to be getting EdF and Areva to work closely on new international projects. The council has only a few months to complete its work. A report is expected by June 2011.

A driver behind this objective is the failure of the two firms to win a $40 billion, four reactor project in the United Arab Emirates in 2009. The loss of the project to a highly competitive bid from South Korea occurred despite the personal salesmanship of French President Nicolas Sarkozy. It unleashed a stormy round of finger pointing and blame, some of which settled unfairly on the shoulders of Areva's chief executive officer, Anne Lauvergeon.

Because Areva and EdF are both owned by the French government, it makes building new reactors in the U.K. such a complex undertaking. The struggle for control of the French nuclear export market has pitted EdF CEO Henri Proglio against Lauvergeon. After the UAE debacle, Proglio asked for Lauvergeon's head, metaphorically speaking, by calling for Areva to be broken up and for EdF to be put in charge of all future new international projects.

For her part, CEO Anne Lauvergeon has so far staved off these demands, though her contract with Areva is up for renewal in June 2011. The problem for Sarkozy is that if he lets her go, who does he get as a replacement who can do better, given the uncertain political environment?  Even so, he's chartered a search committee and the government has leaked the names of three leading candidates for the CEO's job.

Meanwhile, Lauvergeon is taking her case to the greater French business community. In an Op Ed published on February 2 in the Le Monde newspaper in Paris, she wrote:

"In my mind, with more than 80% of its capital held by the public sector, AREVA is a little piece of France. Everyone owns it, and its guidance, its strategy and its leaders cannot be chosen under cloak of darkness. It's no secret that I'm a candidate for a new term at the head of this group. And I'm ready to discuss what needs to be done for the French nuclear industry, because at the same time I want to make my own contribution to its renewal."

The Wall Street Journal reported on February 2 that Lauvergeon made it official that she wants to stand for a second term as CEO of Areva.

"I would like to step forward for a new mandate at the head of this group," Lauvergeon said in her column published in Le Monde.

The CEO added that she was keen to contribute to the rebirth of the French nuclear industry.

The decline of French industry, and particularly its nuclear industry, can be avoided "with determination, shared ambition, and sound choices," Lauvergeon said. 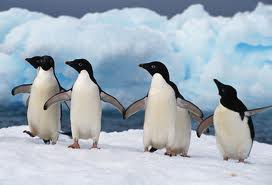 Is there anyone with some commercial sense in the mix? French Energy Minister Eric Besson came out in mid-January with a request to Areva and EdF to have a cooling off period. Besson said that the months of public criticism by both firms has hurt the prospects for future French nuclear exports, leaving money on the table for foreign state-owned enterprises like Russia's Rosatom.

For instance, Areva has booked new reactor deals in China and India. Rosatom, however, is building 12 1000-MW VVER reactors for India, with prospects to build six more 1200-MW VVERs. Bascially, the Russians are building reactors for India the rapidity of the Music Man selling trombones in River City. By comparison, Areva has contracts for just two 1600-MW EPRs for India, although prospects exist to build four more.

Also, Besson said that the issue of leadership succession at Areva needed to be decoupled from the issue of how Areva and EdF will compete as partners for new projects. This is good advice.

Will the new build roll out as scheduled? 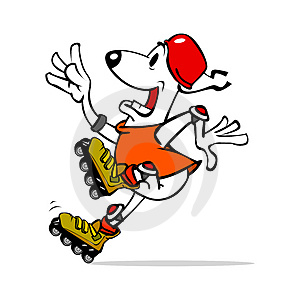 The issue could not be more neatly framed for the U.K.'s new nuclear build. With the certainty that its aging fleet of reactors must be replaced in the next 10-15 years, the U.K. government has committed to having the first round of new reactors-twin Areva EPRs at the Hinkley Point site-in revenue service by 2018. EdF is the lead firm to manage the project.

Hinkley will be followed by two new EPRs at the Sizewell site, also led by EdF, with revenue service dates of 2020 and 2022 for the new units there.

The EPRs are in competition with Westinghouse AP1000s for a combined total of 8.4 GWE of new reactors at the Gloustershire and Wylfa sites. Horizon, a commercial consortium composed of two German utilities (RWE and E.On), is watching the two-phase generic design assessment in the U.K. to see which reactor will be most cost effective to build and also will have the fastest time to market. A decision on the equivalent of reactor design certification is due from the U.K. Health & Safety Executive in June 2011.

To compete in this race, Areva must have the additional capital and organizational security to execute freely as a commercial entity. Its relationship with EdF must be firmed up. Whoever is named as CEO must have the confidence not only of the French government, but also of investors that now include Japan's Mitsubishi and the sovereign wealth fund of Kuwait. (This inclusion of investors occurred in late 2010, when the French government offered 15 percent of Areva to outside investors.)

Interestingly, the sovereign wealth fund of Qatar also wanted to make an investment in Areva, but only for Areva's uranium mining unit. The French government vetoed that request, saying that all new investment must be for the reactor business.

French Economy Minister Christine Legarde will make the final decisions, based on recommendations from France's nuclear policy group. Market pressures are growing, which suggest that setting a direction soon would be a smart move. All of England is depending on it.

Dan Yurman publishes Idaho Samizdat, a blog about nuclear energy. He is a reporter for Fuel Cycle Week and frequent contributor to ANS Nuclear Cafe.