The measurements recorded during the 25-day, 1.3-million-mile round trip will assist NASA in planning and astronaut protection during Artemis II, a crewed mission to lunar orbit, and Artemis III, which will return humans to the lunar surface. A fission-powered lunar exploration base is also part of the plan for Artemis, and it could help NASA prepare astronauts and nuclear power technologies for a future mission to Mars. 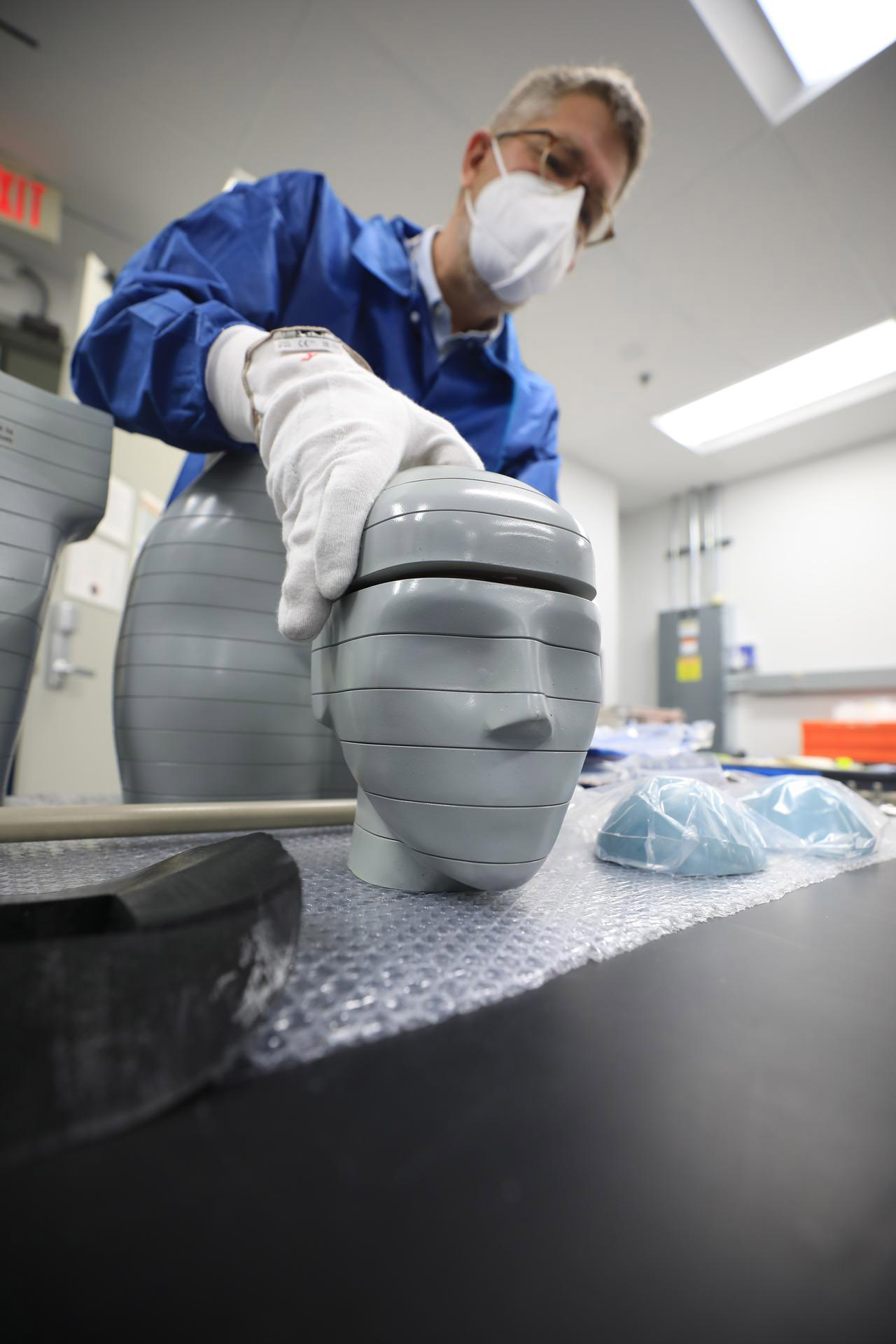 Female phantoms: Helga and Zohar are phantoms—tools that combine sensor data with detailed 3D digital models of the human body to study medical and occupational radiation exposure to human tissues and organs, typically in clinical settings.

According to an August 30 article published by NASA, the limbless torsos were developed as part of Matroshka AstroRad Radiation Experiment (MARE), an international collaboration including NASA, the Israel Space Agency, and the German Aerospace Center (DLR). Helga and Zohar contain analogs for bones and organs made of materials with different densities. Each is fitted with about 6,000 radiation sensors; both active sensors and passive dosimeters will record radiation received throughout the torso, including in the lungs, stomach, uterus, and bone marrow.

While similar radiation exposure experiments have been conducted with a male phantom on board the International Space Station, Helga and Zohar are expected to supply data that is more useful for assessing radiation exposures for all members of a crew, as women are more susceptible to health effects from cosmic radiation in space and the data can be extrapolated to assess the dose that would be received by a male astronaut.

(The third mannequin on board Orion, named Commander Campos in honor of NASA electrical engineer Arturo Campos, who helped guide Apollo 13 back to Earth safely in 1970, is also wearing dosimeters, but his primary task is to provide sensor data on forces and pressures during the flight.) 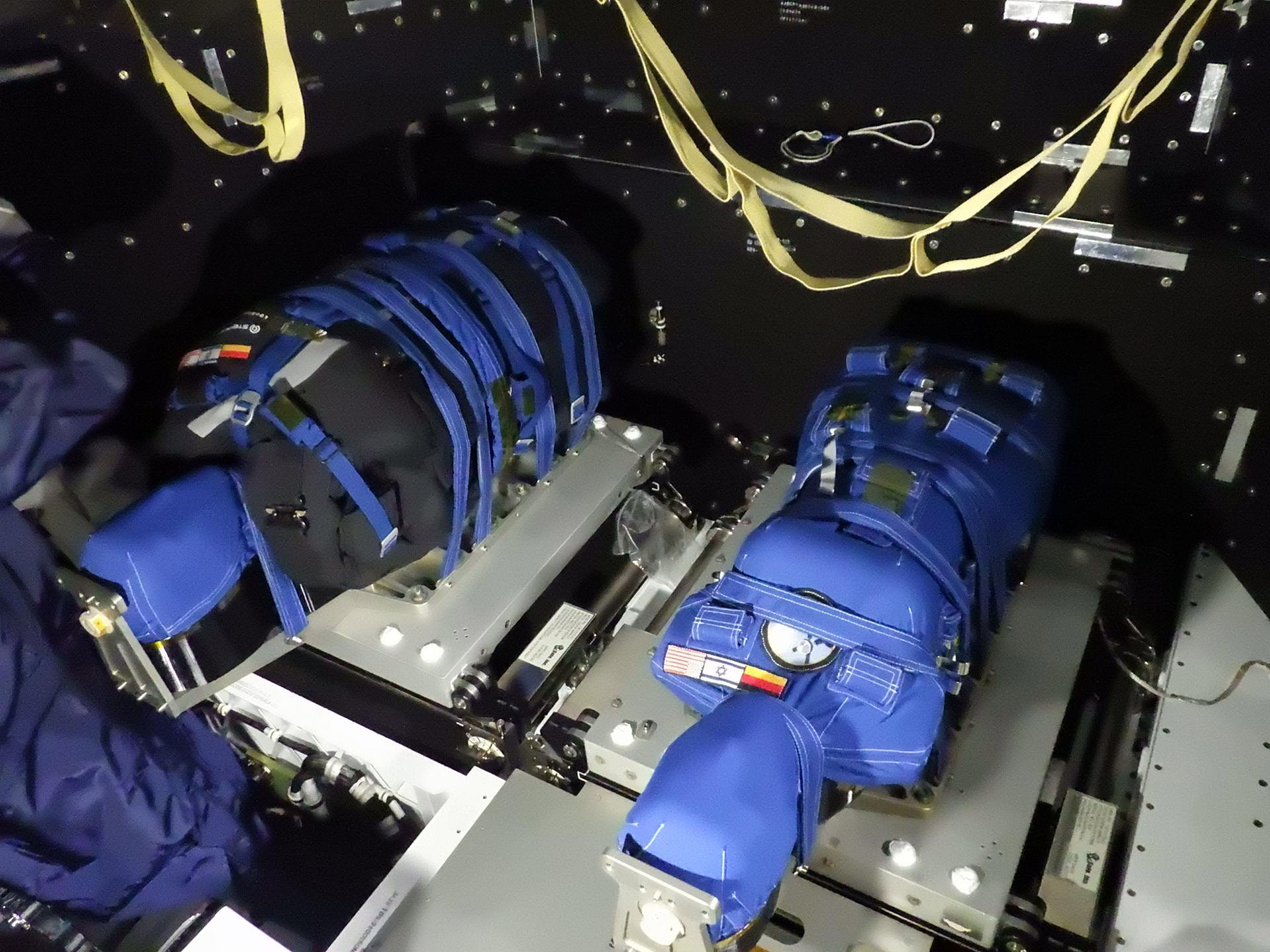 Vest test: While Helga will be shielded only by the walls of the spacecraft, Zohar is wearing a protective vest named AstroRad, developed by StemRad and Lockheed Martin with support from the Space Florida–Israel Innovation Partnership. The AstroRad was designed to provide the greatest protection to the most vulnerable organs and offers a weight advantage over shielding built into the spacecraft itself. Data from the Artemis I #LunaTwins will allow an assessment of the protection provided by the vest.

“The shielding itself in the AstroRad is comprised of a polymer with a high abundance of hydrogen which is advantageous for shielding against space radiation because it minimizes the generation of secondary radiation,” according to StemRad. “Individual solid shielding elements are organized into a scale-like architecture to allow for uninhibited, comfortable movement of the astronauts while wearing the AstroRad. StemRad is currently exploring the use of recycled plastics materials generated onboard future spacecraft for use in the shielding elements which would dramatically decrease the payload mass associated with the equipment.”

Prelude to fission surface power: NASA has already solicited designs for a fission surface power system that NASA could deploy on the moon by the end of the decade. In collaboration with the Department of Energy and Idaho National Laboratory, NASA is targeting the demonstration of a 40-kWe reactor built to operate for at least 10 years on the moon. In June 2022, three 12-month design concepts contracts, each valued at $5 million, going to Lockheed Martin (partnered with BWX Technologies and Creare), Westinghouse (partnered with Aerojet Rocketdyne), and IX (a joint venture of Intuitive Machines and X-energy, partnered with Maxar and Boeing).