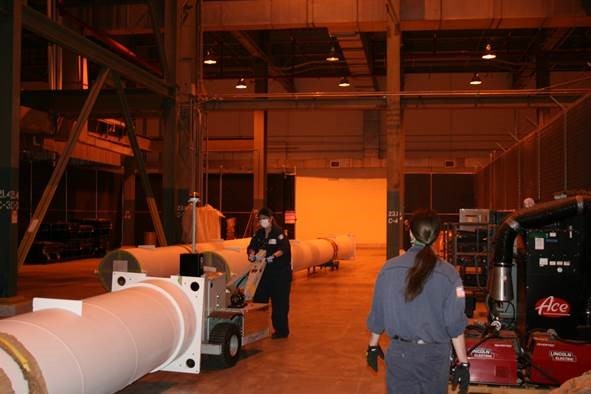 Will it meet the need? HALEU, enriched to between 5 and 19.75 percent U-235, is required to fuel most advanced reactors, but, as has been reported extensively in recent years, HALEU is not yet available from U.S. commercial enrichers and the DOE is exploring different avenues to meet domestic needs through its HALEU Availability Program, with a focus on a sustainable commercial supply chain. That includes using $700 million of earmarked funds in the Inflation Reduction Act to initiate a program of offtake contracts to stock a DOE-owned HALEU bank. Industry projections vary, but the DOE projects that more than 40 metric tons of HALEU will be needed before the end of the decade, with additional amounts required each year.

The Centrus-run HALEU demonstration will meet a small portion of that need. According to the DOE press release, “The cascade demonstration program is intended to address near-term HALEU needs and will be used to support fuel qualification testing and DOE-supported advanced reactor demonstration projects.” Following the HALEU demonstration, “the centrifuge technology used at the facility will be available for commercial deployment.”

“Reducing our reliance on adversarial nations for HALEU fuel and building up our domestic supply chain will allow the U.S. to grow our advanced reactor fleet and provide Americans with more clean, affordable power,” said energy secretary Jennifer Granholm.

Contract details: The award includes a $30 million cost share during the next year to complete the final steps of centrifuge assembly and clear an operational readiness review to start up and operate the demonstration cascade. According to the DOE’s November 10 press release, “Centrus completed manufacture and most of the assembly but did not install the centrifuge rotors into the demonstration cascade while the Department conducted this competition.”

Under the new contract, Centrus is to meet the demonstration requirements by enriching uranium hexafluoride gas to produce 20 kilograms of 19.75 percent enriched HALEU by December 31, 2023. An annual production rate of 900 kilograms of HALEU per year would be expected thereafter, subject to appropriations, with additional options to produce more material under the contract in future years.

The award amounts to an extension of a three-year contract signed by the parties in October 2019; the original $115 million contract called for the first production of HALEU by June 2022.