The enclosure is intended to protect the reactor building while the radioactivity in the reactor core decays over the next several decades, making it easier and safer to complete disposition of the reactor in the future.

The K East Reactor will be the seventh of Hanford’s nine former plutonium production reactors to be placed in interim safe storage. The reactor is one of Hanford’s “sister” reactors. The K East and K West reactors were built side by side in the early 1950s and went into service in 1955. Located in Hanford’s 100 Area, less than 400 yards from the Columbia River, the reactors operated for more than 15 years before being shut down in 1970 (K West) and 1971 (K East).

Groundbreaking work on the foundation for the storage enclosure is scheduled to begin in September. Construction of the steel structure is slated for early 2022, with completion expected in 2023.

What they’re saying: “Awarding this contract is a major step toward the completion of work in Hanford’s K Reactor Area,” said Bob Krebs, Central Plateau Cleanup Company’s project manager for the safe-storage enclosure. “We look forward to working with the Department of Energy and our cleanup partners to safely execute this critical risk-reduction project.”

Mark French, project and facilities division director with the Richland Operations Office, said, “Work on placing the K East Reactor in interim safe storage progresses our mission to protect the public and the Columbia River.”

The Department of Energy’s Office of Environmental Management is looking to continue developing technology to aid in site cleanup activities if its fiscal year 2023 budget request is...

Without a plan for addressing issues in completing construction projects at the Waste Isolation Pilot Plant in New Mexico, the Department of Energy cannot ensure that further cost increases...

Preparations are being made to enclose, or “cocoon,” the K East Reactor, the seventh of nine former reactors at the Department of Energy’s Hanford Site. The cocooning project is expected...

The last spent nuclear fuel elements from Idaho National Laboratory’s Advanced Test Reactor (ATR) have been retrieved from a water-filled storage basin and transferred to a nearby...

Isotek, the Department of Energy contractor responsible for overseeing the inventory of uranium-233 at Oak Ridge National Laboratory and preparing it for removal from the site, said it plans...

The Department of Energy’s Office of Environmental Management (EM) stated on February 22 that its Idaho National Laboratory Site contractor is operating the final test run of the Integrated... 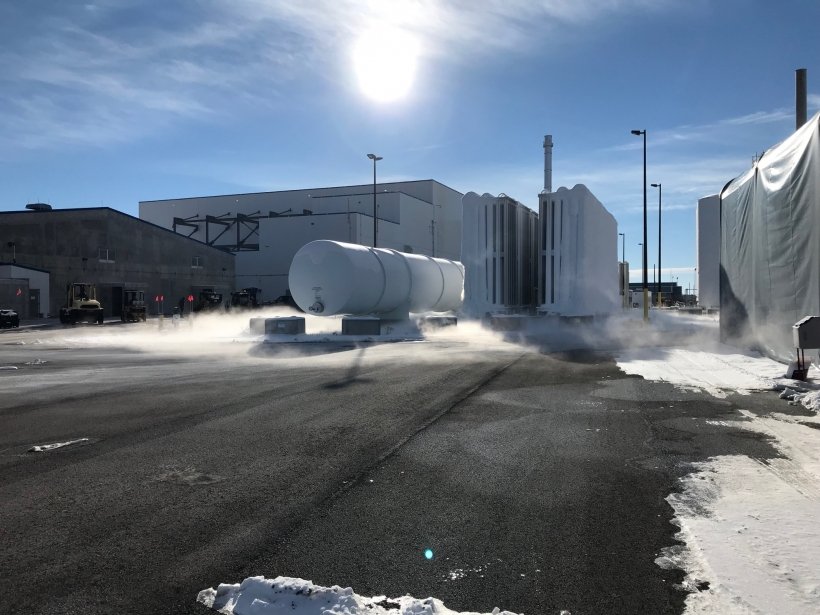 The Department of Energy announced on Wednesday that the first large-scale treatment of radioactive and chemical waste from underground tanks at the Hanford Site near Richland, Wash., has...

The Department of Energy’s Office of Environmental Management (EM) announced this week that preparations are well underway for the transfer of nearly 2,000 highly radioactive cesium and...