“Together we represent the three pillars on which a successful project will be built: X-energy’s innovative Generation IV nuclear technology and fuel design; Energy Northwest’s ideal site and proven operating experience and nuclear expertise; and in Grant PUD a forward-thinking, resourceful, and extremely well-run utility with an interest in new resources to meet growing demand,” Sell said. “Combined with the Department of Energy’s vital support and visionary leadership, we have the foundation on which to build the future of clean energy.”

The plan: The TRi Energy partners will collaborate to evaluate their mutual goal of siting, building, and operating a Xe-100 advanced nuclear power plant. The team plans to identify the best approach to licensing, permitting, construction, operation, and ownership. Several ownership arrangements are being considered, including joint or sole ownership by a utility.

While the partners are not ready to break ground, they have a preferred location lined up: Known as Site 1, the previously licensed site is located near Energy Northwest’s Columbia plant, a 1,174-MWe boiling water reactor plant near Richland, Wash.

According to the Tri Energy Partnership, “While a final decision will be made in the future—following extensive site, environmental, and financial analysis—this is our preferred site and offers many benefits: access to available infrastructure and the transmission grid, existing water intake, a local workforce with strong nuclear energy expertise, and considerable transportation resources vital to a large energy project: road, rail, and river access.”

The plant: TRi Energy Partnership takes its name from its location in Washington’s Tri-Cities area and from the three parties that have signed on to the agreement, but also from the Xe-100 design, which utilizes TRISO (TRi-structural ISOtropic) fuel that X-energy plans to manufacture. X-energy plans to use part of its ARDP funds to build the first commercial TRISO fuel fabrication facility in the United States. 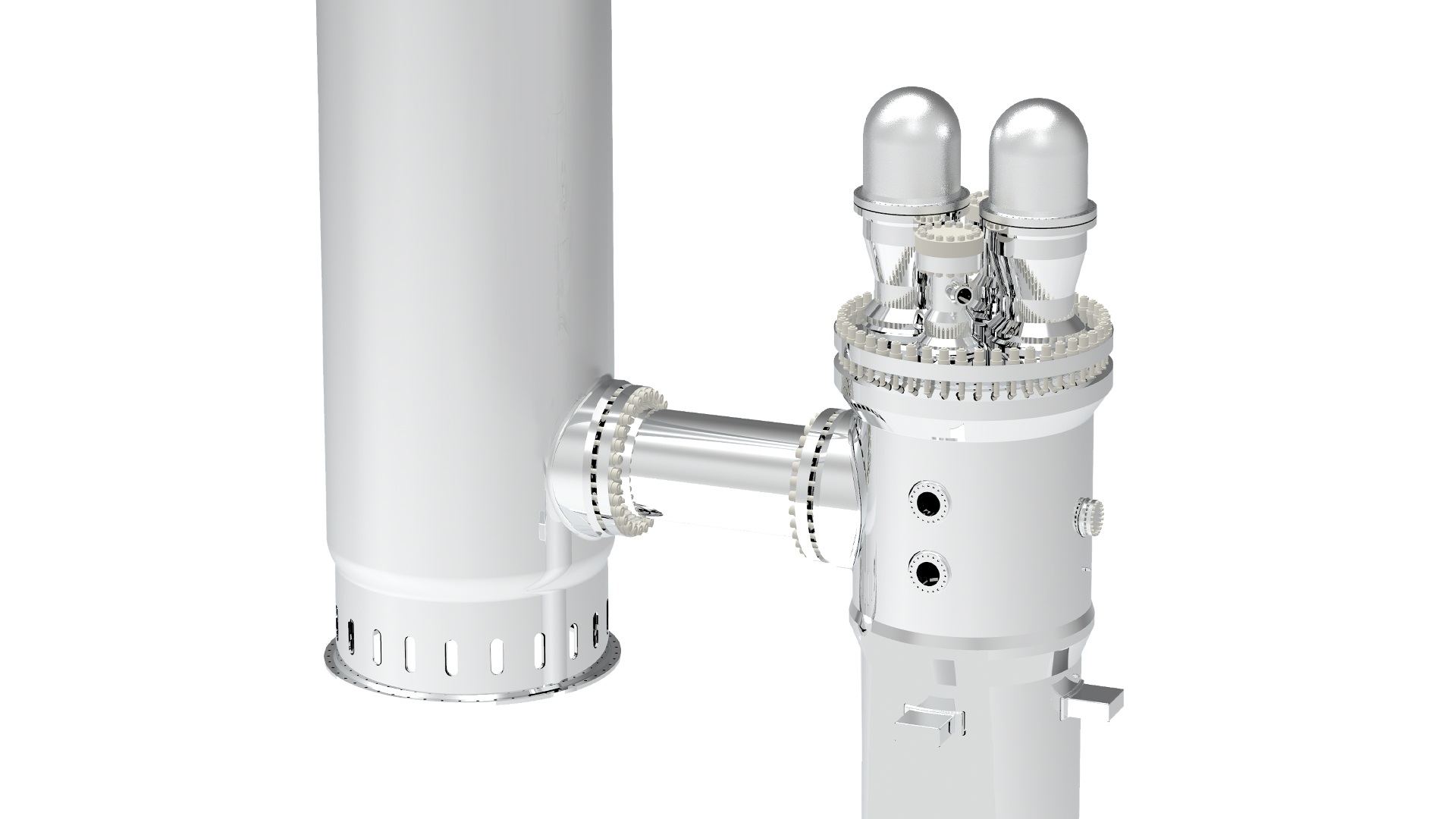 X-energy’s Xe-100 is an 80-MWe reactor with a modular design permitting it to be scaled into a “four-pack” 320-MWe power plant. As a pebble bed high-temperature gas-cooled reactor, the Xe-100 would use TRISO particles encased in graphite pebbles as the fuel and helium as the coolant. Designed for a 60-year operational life, the reactor could be used to produce process heat as well as electricity and could be operated as a baseload or load-following plant, according to X-energy. Reaching a helium temperature of 750°C, the plant would have a thermal output of 200 MW.

“New sources of reliable, affordable, and emissions-free electricity will be needed across the region,” said Brad Sawatzke, Energy Northwest CEO. “Advanced nuclear energy can and should play a vital role in our state’s clean energy future: it does not emit greenhouse gases, is available around-the-clock, pairs well with renewables, and provides numerous benefits essential to grid reliability.” Energy Northwest is also a utility partner with TerraPower-GE Hitachi.

The partners describe the Tri-Cities (a metro area including the cities of Kennewick, Pasco, and Richland) as “an ideal location” to serve as a hub for an advanced reactor supply chain. The project is being welcomed with support from the community and elected officials, and the area already has a skilled workforce with nuclear expertise, thanks to the proximity of Energy Northwest, Pacific Northwest National Laboratory, Hanford, Framatome, and Bechtel.

“This partnership signifies our strong interest in advanced nuclear energy as one of the best, lowest-cost options to reliably serve Grant County’s growing communities and support their continued economic growth,” said Kevin Nordt, CEO of Grant County PUD. “The electricity generated by a Xe-100, and other advanced nuclear energy technologies, will be invaluable to our future carbon-free grid.”

ARDP parameters: The project is estimated to cost about $2.4 billion, with half of the funds provided through ARDP and half being supplied through private investment, capital, and financing. The partners’ progress in delivering a licensed commercial reactor within the established budget and schedule will be scrutinized, and could prove the premise that advanced and small modular reactors can be cheaper and easier to deploy than large light water reactors.

After the ARDP was created early in 2020, and the DOE announced its selected candidates for near-term demonstrations—X-energy and TerraPower-GE Hitachi—in October. Each company was awarded $80 million in initial funding. X-energy signed a cooperative agreement with the DOE on March 1, officially marking the beginning of the company’s participation in ARDP and partnership with DOE.