The third Strategic Dialogue on Energy between government officials from Poland and the United States was held on February 26 as a way to extend the nations’ advanced nuclear energy cooperation. U.S. Secretary of Energy Dan Brouillette met with Piotr Naimski, Poland’s secretary of state in the chancellery of the prime minister and plenipotentiary for strategic energy infrastructure, and Poland’s Minister of Climate Michal Kurtyka at the Department of Energy headquarters in Washington, D.C. In a DOE press release, Brouillette acknowledged the U.S. nuclear industry’s continued interest in providing clean, reliable, and resilient nuclear energy to Poland as a means to strengthen their energy security. In a post on Twitter, Kurtyka described the meeting as “fruitful.” 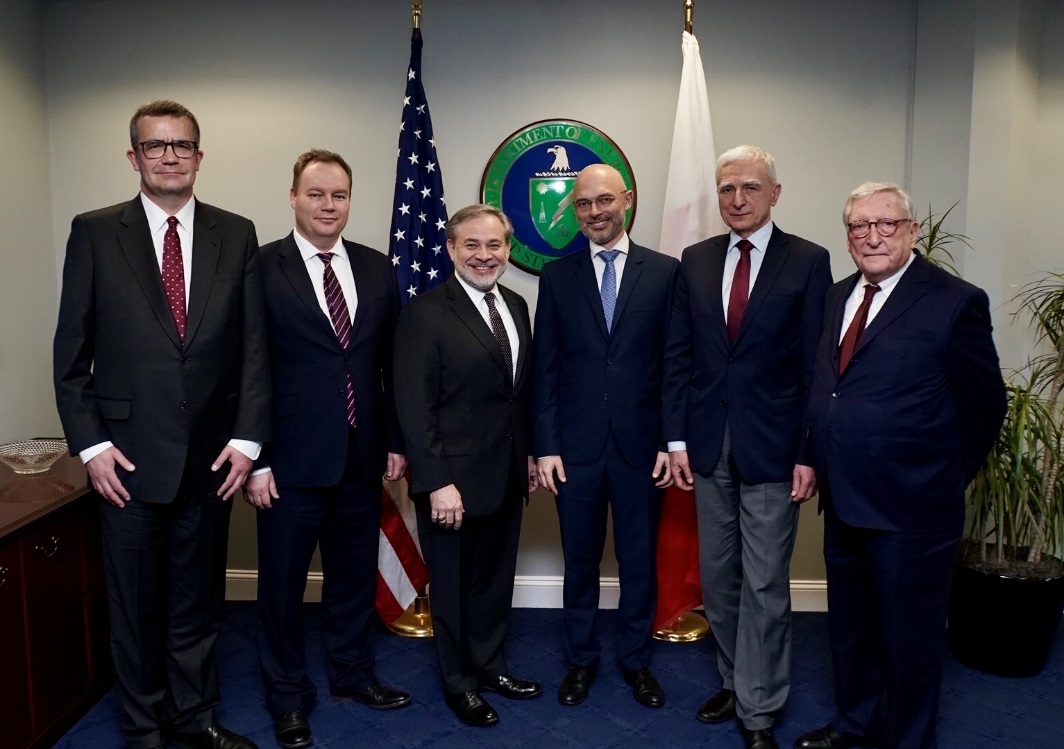 U.S. Energy Secretary Dan Brouillette (third from left) met with Poland’s Minister of Climate Michal Kurtyka (fourth from left) and Poland’s Secretary of State Piotr Naimski (fifth from left) as part of the third U.S.–Poland Strategic Dialogue on Energy. The meetings began in 2019 as a way to further cooperation between the nations in regard to Poland’s nascent nuclear power industry. Photo: DOE

Brouillette, Naimski, and Kurtyka also agreed to further cooperation in the field of cybersecurity. The DOE said the United States plans to offer support for PolEx 2020, a cybersecurity workshop exercise held in Poland with the goal of bolstering the country’s cybersecurity preparedness and response efforts. The ministers also expressed their eagerness to continue and to build upon the strategic energy partnership that exists between the United States and Poland.

The U.S.–Poland Strategic Dialogue on Energy was first announced by President Trump and Polish President Duda at their White House meeting in September 2018. Former Secretary of Energy Rick Perry launched the Dialogue in Warsaw in November 2018 and held the first two Strategic Dialogues on Energy in 2019. The nations signed a memorandum of understanding in June 2019 concerning cooperation in the use of nuclear energy for civil purposes and expressing the readiness of both parties to collaborate in Poland’s nascent nuclear energy program (NN, Aug. 2019, p. 62).