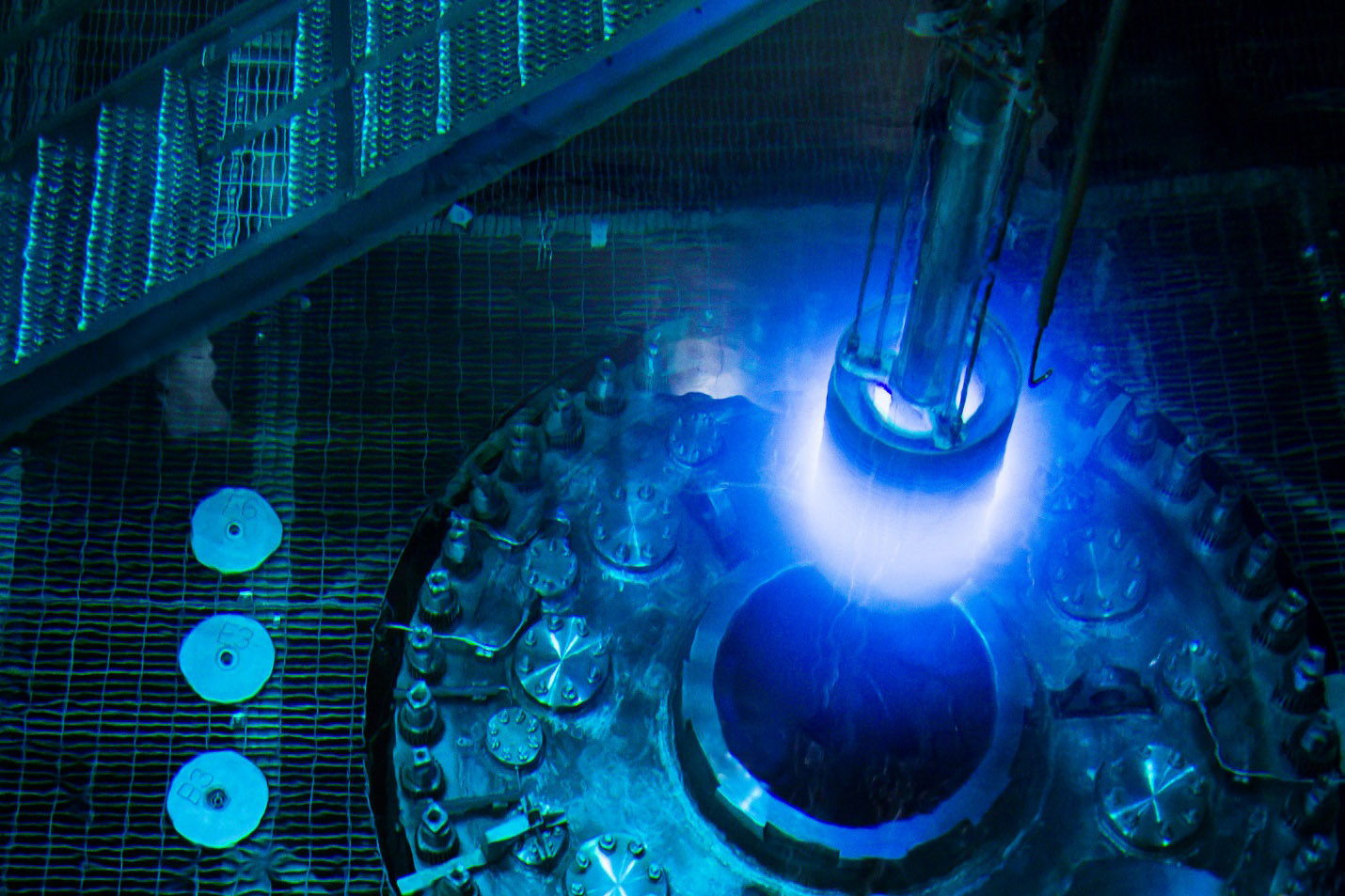 Routine refueling of the HFIR in July 2015. Photo: Genevieve Martin/ORNL

This summer, the Department of Energy’s Basic Energy Sciences Advisory Committee (BESAC) completed a report, The Scientific Justification for a U.S. Domestic High-Performance Reactor-Based Research Facility, that recommends the DOE begin preparing to replace the pressure vessel of the High Flux Isotope Reactor (HFIR) at Oak Ridge National Laboratory and to convert the facility to use low-enriched uranium fuel. It also recommends that work begin that could lead to a new research reactor. An article published on the American Institute of Physics website summarizes the report, which was requested by the DOE in 2019.

HFIR is an important source of medical radioisotopes, including actinium-227, and is one of two U.S. government reactors used for neutron scattering research. First criticality was achieved in August 1965, and while HFIR could potentially operate for several more decades without a major renovation, the report points to an opportunity to simultaneously replace its pressure vessel, implement upgrades, and convert it from the use of high-enriched uranium to low-enriched uranium fuel.

ORNL recently completed a study, which is included as an appendix to the report, that concludes that HFIR can be converted to use uranium silicide dispersion fuel that would fall just under the classification of high-assay low-enriched uranium. The BESAC report endorsed that proposal.

Back in July, officials from the state of Tennessee and Kairos Power met in Nashville to celebrate Kairos’s plans to construct a low-power demonstration reactor in the East Tennessee...

For years, pressure has been building for a commercial path to a stable supply of high-assay low-enriched uranium (HALEU)—deemed essential for the deployment of advanced power reactors—but...

Plans to test a prototype mobile microreactor designed to military requirements moved ahead when the Department of Defense (DOD), acting through its Strategic Capabilities Office and with the...

Paul Dabbar, former undersecretary for science at the Department of Energy and distinguished visiting fellow at Columbia University’s Center on Global Energy Policy, is lauding the recent...

In an op-ed published online yesterday in The Hill, Ted Nordhaus and Adam Stein of the Breakthrough Institute pick apart arguments made against funding for the construction of the Versatile...

Over the past decade, the Department of Energy has been collecting data on nuclear power plants to help plan for the eventual removal of spent nuclear fuel from the sites, performing site...

The Transformational Challenge Reactor (TCR) program was launched in 2019 to demonstrate that highly improved, efficient systems can be created rapidly by harnessing the major advances in...