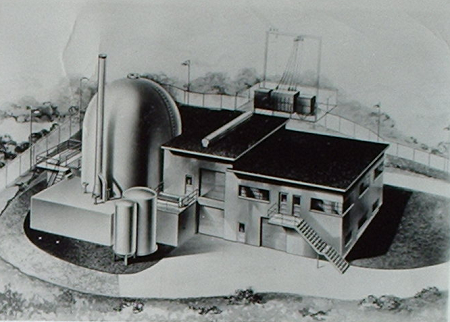 In April 1957, when the new, small nuclear plant at the Army's Fort Belvoir, Virginia site first started up, it seemed as if the plant's vendor, ALCO Products, had carried off something of a coup.  Winning this important early contract had come about three years earlier for this small but well-equipped company that was looking to diversify and it seemed as if a bright future lay ahead for it.  However, by mid-1962 the company had sold the bulk of its nuclear business to Allis-Chalmers (with some vessel contracts going to Baldwin-Lima-Hamilton.)  What happened? We'll take a brief look as we walk through a photo montage. 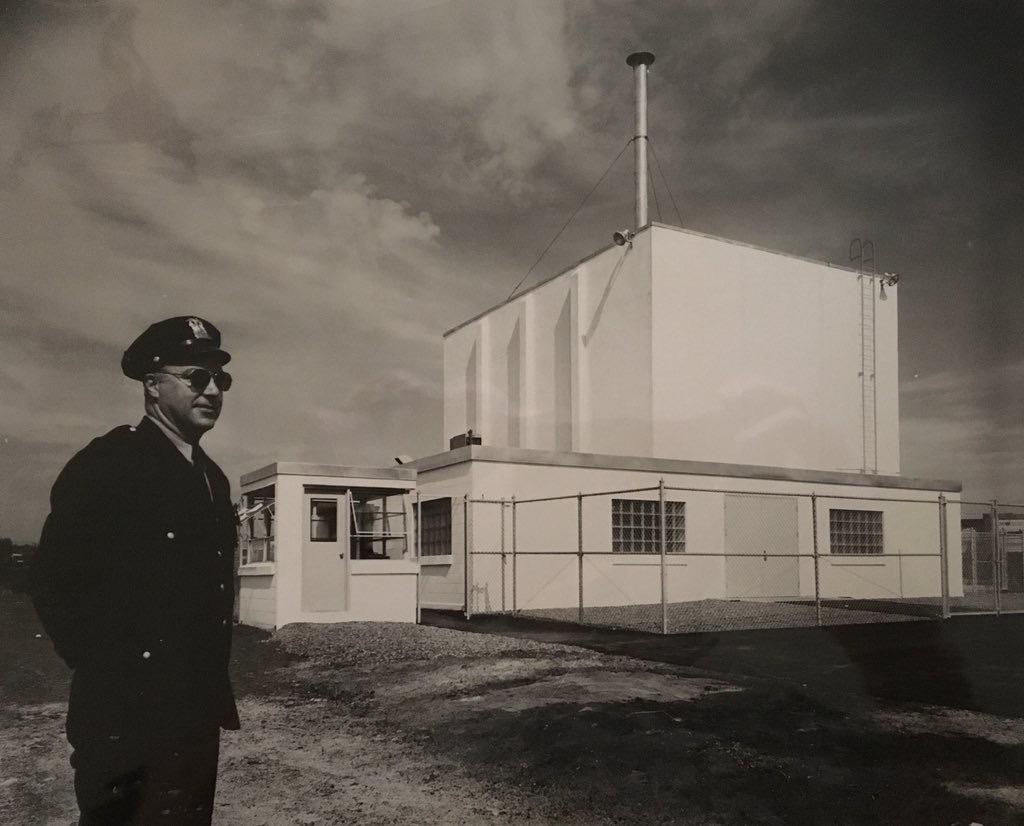 According to reporting in NUCLEONICS in May 1959, ALCO (known as the American Locomotive Company until 1955 when it officially became ALCO Products) spent and probably lost a great amount of money trying to set itself up to become a full-fledged reactor vendor.  When it got the contract for the Army Package Power Reactor, it did so, it was reported, by seriously underbidding everyone else.  This was one way companies with some extra cash got in - it's how Stone & Webster became engineers on Shippingport, for example.  However, ALCO reportedly lost over $2.5 million on the APPR (later, SM-1) project.  The APPR / SM-1 plant is shown at the top of this article; above, we see the nuclear criticality test facility ALCO built at Schenectady, on its own dime, in 1956 to prepare core designs for APPR and later reactors. (ALCO Products press photos in Will Davis' collection.) 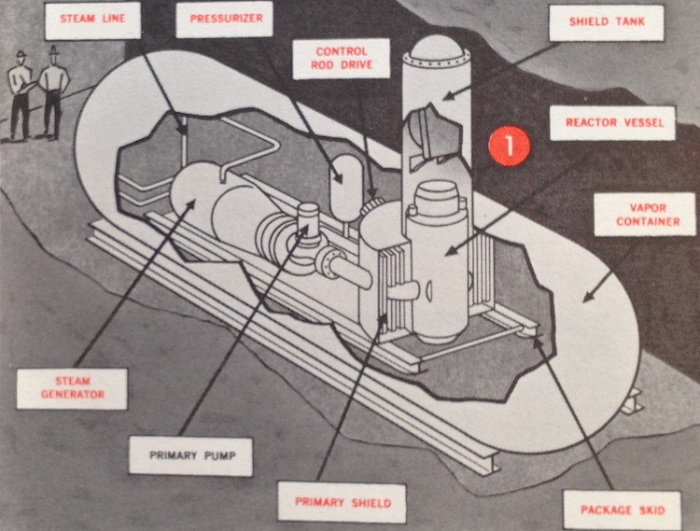 ALCO's bread and butter became small, packaged military reactors as seen above in an ALCO advertisement.  The company quickly became known for these, and bid on and won a number of early contracts for such plants - but also lost out on some of them to other new entrants like Martin.  Still, the company soldiered on, hoping that these reactors would really multiply as predicted and, importantly, that these contracts would lead to larger plants. 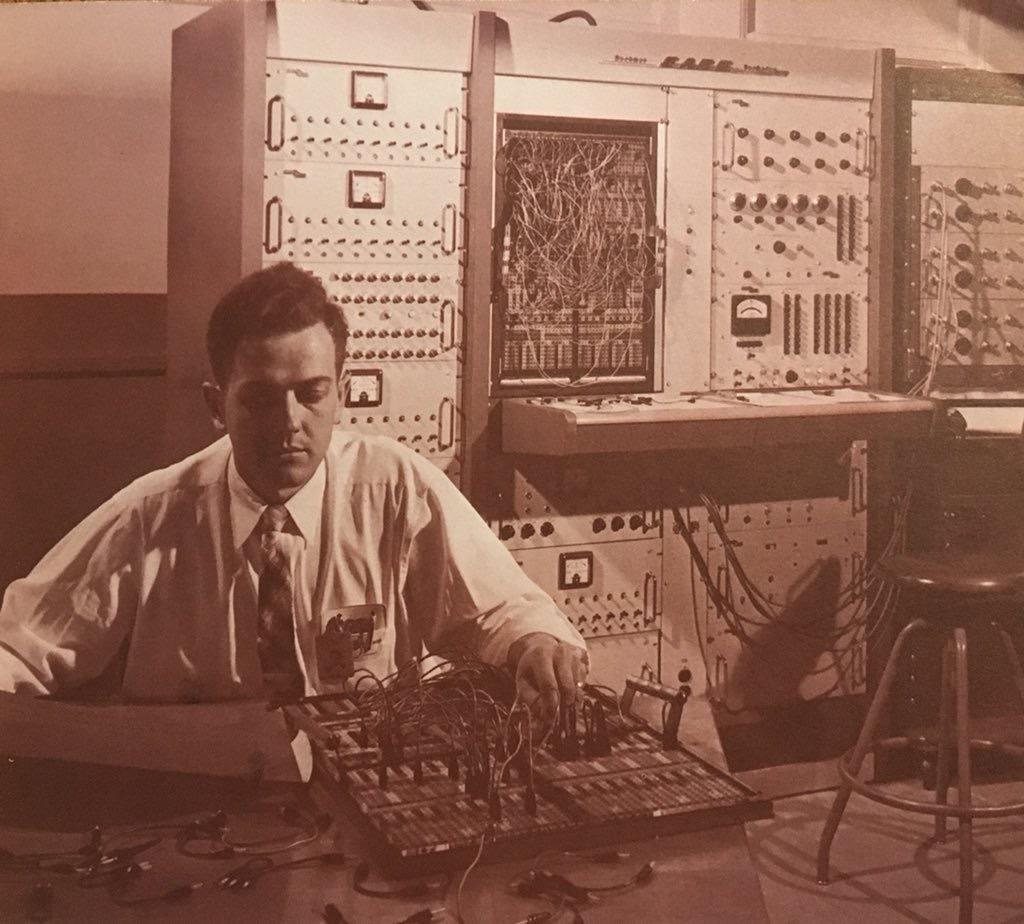 ALCO purchased an early analog computer system, seen above in an ALCO Products ad, in order to be able to perform core and plant design analysis as well as analysis of specific subsystems and components.  Eventually ALCO had two such computers in order to set one up as a primary or reactor simulation and the other as a steam plant simulation, which NUCLEONICS reported in 1959 to be the first such setup known anywhere. 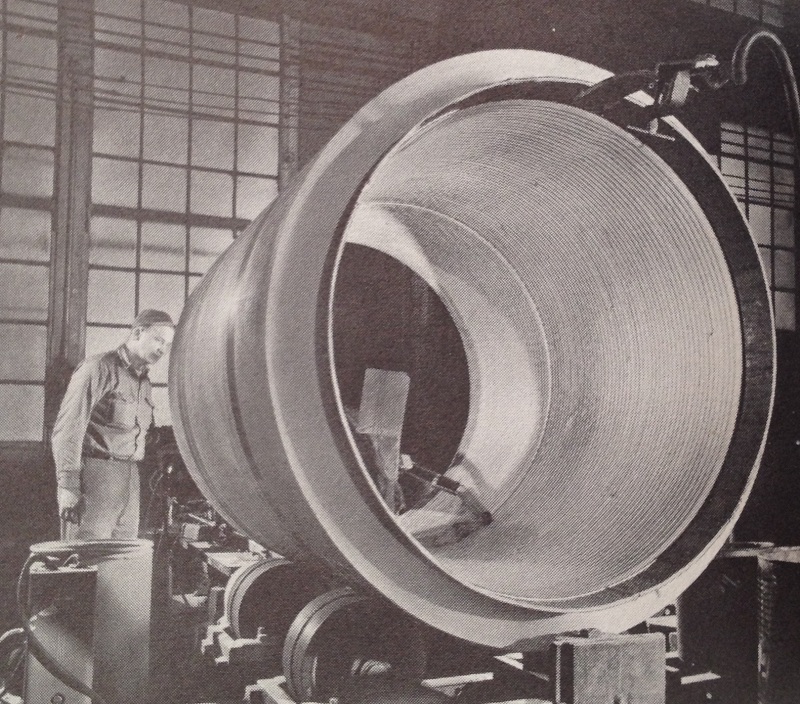 The company was very strong in the mechanical component end of the business.  In addition to supplying many heat exchangers for civil and Navy projects (ALCO specifically did NOT desire to become a Navy reactor vendor, it was said) and even the very complicated and expensive heat exchangers for the Enrico Fermi Atomic Power Plant, it manufactured reactor vessels itself.  Here we see a seamless, mandrel-forged reactor vessel in ALCO's shop after application of a stainless steel interior layer.  Even then it was known that having welds in the belt region of a reactor vessel led to reduced vessel life due to embrittlement. 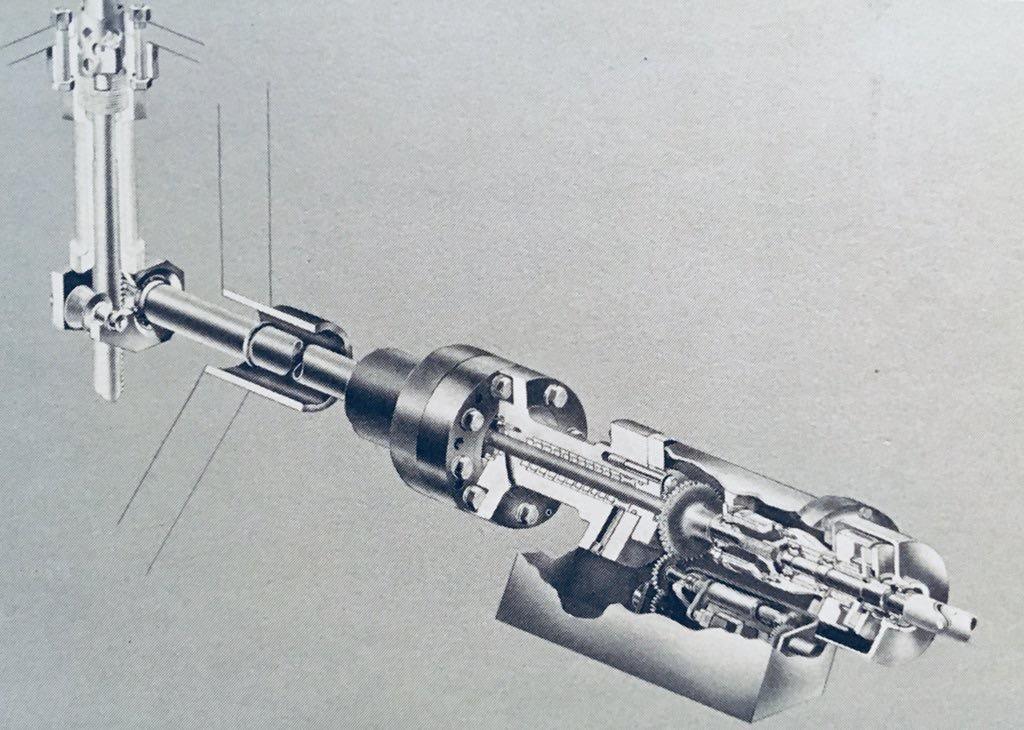 ALCO also got into control equipment; here, from an ALCO ad, we see an ALCO Products control rod drive mechanism.  This right-angle rack and pinion type rod drive, with electric motor, was actually used on a number of early reactors - not just those built by ALCO.  It seemed at the end of the 1950's that ALCO was "here to stay," by dint of contract or dogged determination, in the reactor business.

So what happened?  Well, even though ALCO designed and offered a 125,000 KWe commercial type nuclear plant, there were no takers- the firm could not get any AEC Power Demonstration contracts.  Further, the predicted vast spread of small military packaged reactors did not take off and even before ALCO exited the market there was buzz about the whole small, remote reactor concept potentially being less safe, or perhaps at the very least, less 'clean' than had been predicted.  ALCO Products was not a powerhouse like Westinghouse, or GE and had only its locomotive business to prop it up.

By 1964, ALCO was reaching its 100th year of existence.  It announced its new, heavily revamped "Century" series diesel locomotives and took the first step toward its own future without nuclear energy.  The shooting meteor had appeared, risen, fallen and finally vanished.