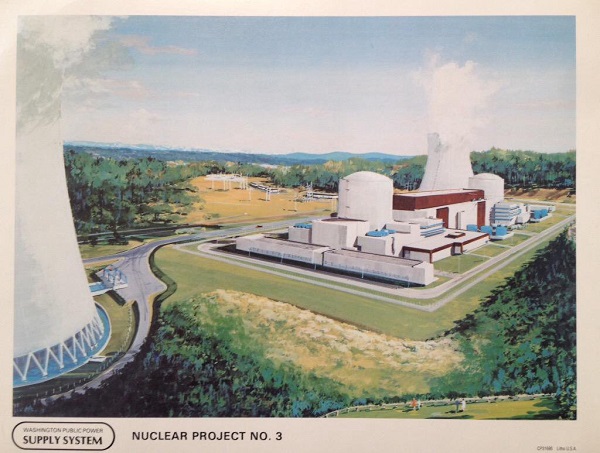 At this fourth installment of the series on the "First Nuclear Era" build of nuclear plants in the United States, it might be worthwhile to pause a moment and reflect upon the findings so far:

•Only in about 1969 did the US AEC acknowledge that there were significant problems with rising cost and schedule slippage in nuclear plant projects.  These problems primarily resulted from the broad attempt to move nuclear plant design and construction as well as equipment manufacture from a fairly limited scale to a very broad one.  As might have been expected orders for very specialized large pieces of equipment became a brief bottleneck until industry responded by increasing capacity (in the sense that new vendors appeared in addition to existing ones expanding capacity).  The longer term issues that appeared at this time were labor (lack of skilled labor and productivity of that skilled labor) as well as organized public opposition to the plants - the aim of which was to bog them down in endless hearings (more of which we'll read about in detail in a future installment.)

•Significant inflation affected the US economy beginning in the early 1970's and this of course included the cost of nuclear plant projects.

•Once there was a large industry and large labor force supporting the design and construction of nuclear plants and the fabrication of their parts, predicted delays began to shrink when the number of annual orders dropped.  In other words, demand for skilled engineering, management, labor and parts was more closely met by the established field.  For example, trained workers could relocate from one nuclear project to another.

•Engineering costs began to dominate consideration of nuclear projects as, first, safety requirements became more stringent (requiring more systems and more safety considerations) and then second when the NEPA and following Calvert Cliffs case forced the architect-engineer firms to add personnel and services to assist nuclear plant project owners with Environmental Impact Statements.  This was said to add two years immediately to the predicted timeline to construct plants in 1971.

•Delays in licensing were caused by having a set of continuously moving targets for safety regulation, by the swamping of AEC with requests for licensing and, to some extent, by the wide variety of not just NSSS but overall power plant designs being submitted.

It's now helpful to briefly halt our look at the AEC annual filings and deviate for a moment to take a look inside what one of the leading architect-engineer firms, Stone & Webster Engineering, was doing in the field. 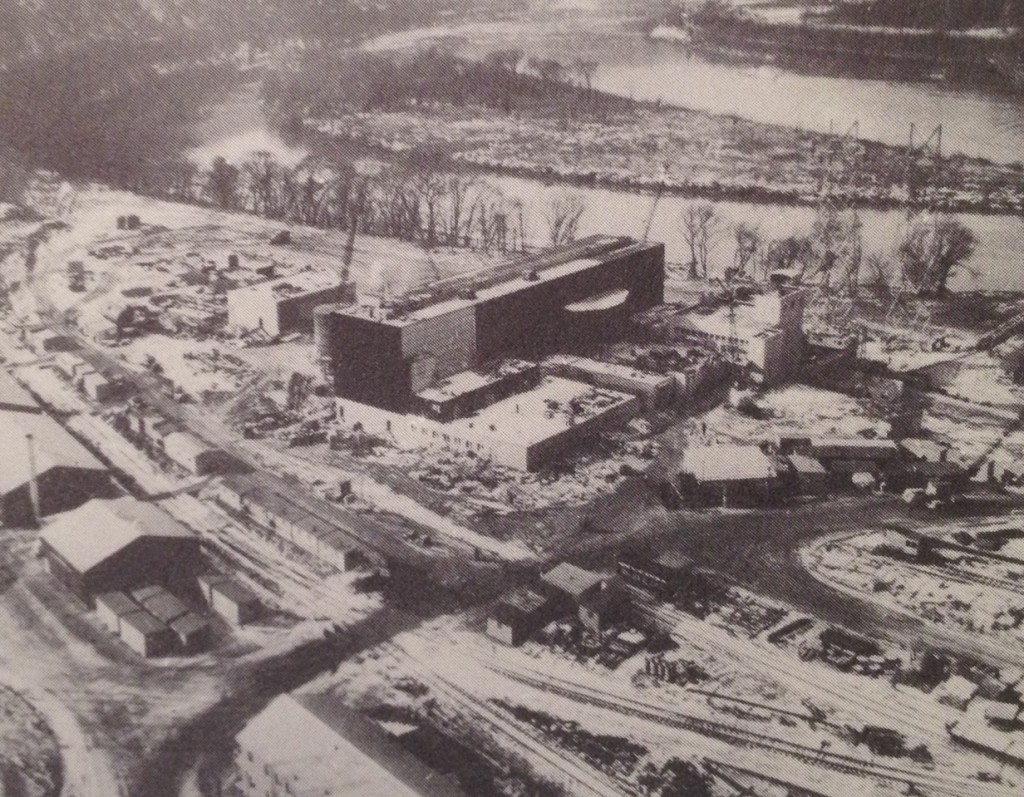 Stone & Webster had entered the commercial nuclear plant field by offering architect-engineer services for the nuclear portion of the Shippingport Atomic Power Station for one dollar fee plus actual costs.  S&W had long been one of the leading power plant engineer-constructor firms in the world, and according to "Stone & Webster 1889-1989, A Century of Integrity and Service," this bid plus the established reputation of the company surely put it in the lead for winning this historic and valuable contract.  It should be noted however that other major architect-engineer / constructor firms also got into the field early in one way or another - Bechtel Corporation being one example.

After the successful completion of Shippingport, S&W had a group of people experienced in the many vagaries and esoteric nature of nuclear plant design and construction, and the attendant requirements of dealing with the AEC.  These people were able to operate in major ways on the next several nuclear plant projects that S&W engaged in, starting with the Yankee Atomic Electric plant at Rowe.  The company was forced in just a few years to vastly ramp up its hiring, as well as implement complicated computerized schedule and cost control measures, to keep up with the increasingly complex field as well as the sheer number of plants planned by customers.

Early, the company realized that the vagaries of power plant, and then nuclear plant construction required that the designing engineers be fully conversant with the problems and limitations, as well as range of capabilities, to be expected at the average job site; for this reason, the practice of having design people and management serve a stint "in the field" at construction or have construction experience existed at S&W.  It must be pointed out here, though, that such experience is only obtainable in a continued environment of design and construction; once the loop is broken by years or, worse, decades of having no builds, the entire experience loop must be restarted.  The "loop" for nuclear plants is itself highly specialized; only some factors are transferable from other disciplines.

From these early experiences Stone & Webster struck on the idea that nuclear plants could and should be designed and constructed to the extent possible from a standardized set of drawings; this would not only cut engineering costs but speed time-to-build for buyers from the moment they chose Stone & Webster as A-E (and in fact on many early plants the company also acted as constructor.)  This led to Maine Yankee, Surry, Connecticut Yankee, North Anna and Beaver Valley all being constructed from the same set of beginning drawings with changes made at the request of individual customers.  It should be noted that these semi-standardized plants were being ordered in the 1960's, somewhat in advance of the industry-wide call to fully standardize (which the AEC would wholeheartedly embrace in the middle 1970's.)

As it became clearer through the 1970's that labor was becoming a serious issue (due to shortage of labor, an increasing number of slowdowns and strikes, and generally low productivity) Stone & Webster worked with the labor unions to develop the Nuclear Power Construction Stabilization Agreement.  This important development between all parties involved in a nuclear project did two things:

First, it established that there would be no strikes by organized labor.  Strikes led to long slowdowns, and project slowdowns led to skilled labor jumping ship to other projects that offered or seemed to offer no-layoff, continual pay.

Second, it developed what came to be known in the industry as "Rolling 4-10's."  This innovative work schedule put labor forces in two teams.  Each team worked on site for four, ten-hour work days and then had four full days off.  In this way, maximum effort was obtained by offering extremely rewarding "off time" while still making the same pay per calendar period.  Accordingly, since the 4-10's meant that work continued every day of the week, management with real decision-making responsibility had to be on site or available at all times; thus, management teams were different but were on duty or available at all times.

According to "Stone & Webster," this combination of labor agreements led to River Bend being built for Gulf States Utilities in just 72 months, completing in 1979 "well below the industry standard."

(This same type of agreement was instituted at times when various firms entered projects to 'rescue' them after they had fallen behind significantly.  For example, a similar agreement was used by Bechtel and EBASCO to 'rescue' the South Texas Project when these firms took over mid-project as architect-engineer and constructor, respectively.)

Clearly, Stone & Webster was in a position to understand all of the problems facing nuclear plant design and construction, having been involved early on Shippingport and Yankee Rowe and then continuing to be on many later projects; it is significant to note that its two major contributions to the art, we might call it, were semi-standardized plants and a specific contractual agreement to improve labor productivity and prevent slowdowns and strikes by organized labor.  Many utilities in the 1970's reported labor problems as significant at their nuclear plant projects; it is thus not wholly surprising that one of the leading engineer-constructor firms would definitively address that issue.

NEXT TIME:  We continue looking at the AEC's view of nuclear plant construction delay and cost further into the 1970's and prepare for an in-depth look at organized opposition to nuclear plants.  Earlier installements:  Part 1  Part 2  Part 3