Last time, we looked at the U.S. Atomic Energy Commission's (AEC) findings on the drivers of nuclear plant construction delay and cost overrun up through 1969.  We'll complete our analysis of the AEC findings on 1969 in this installment and move on to 1970.

While the AEC had some solid observations about concerns inside the industry which were working to drive up plant costs (largely but not wholly due to schedule overruns) there were external factors not unique to nuclear power that were driving up plant costs regardless of schedule adherence.  In its report, "The Nuclear Industry 1969" the AEC wrote:

"The increase in the estimated capital costs of nuclear plants under construction, and on order, was in turn due to a large extent to the delays and rising costs of construction, although the costs of new plants ordered were also considerably higher due to the large, inflationary trends in the economy."  (Emphasis is the author's.)

The inflationary trend driving up the capital cost of plants - no matter the type, nuclear or coal - would continue through the coming new decade.  That aside, the AEC did feel in 1969 as if project cost might well come down some in the future.  According to the AEC, experience in the construction of nuclear plants accumulating in the industry would generally reduce delays; safe operation of the plants then under construction would assure no need to modify future designs, thus keeping cost low; and the backlog of component orders (and deliveries) that had in some cases negatively affected the critical path of nuclear plant builds would be alleviated both by experience of the suppliers and a general broadening of the market's ability to supply such specialized components. 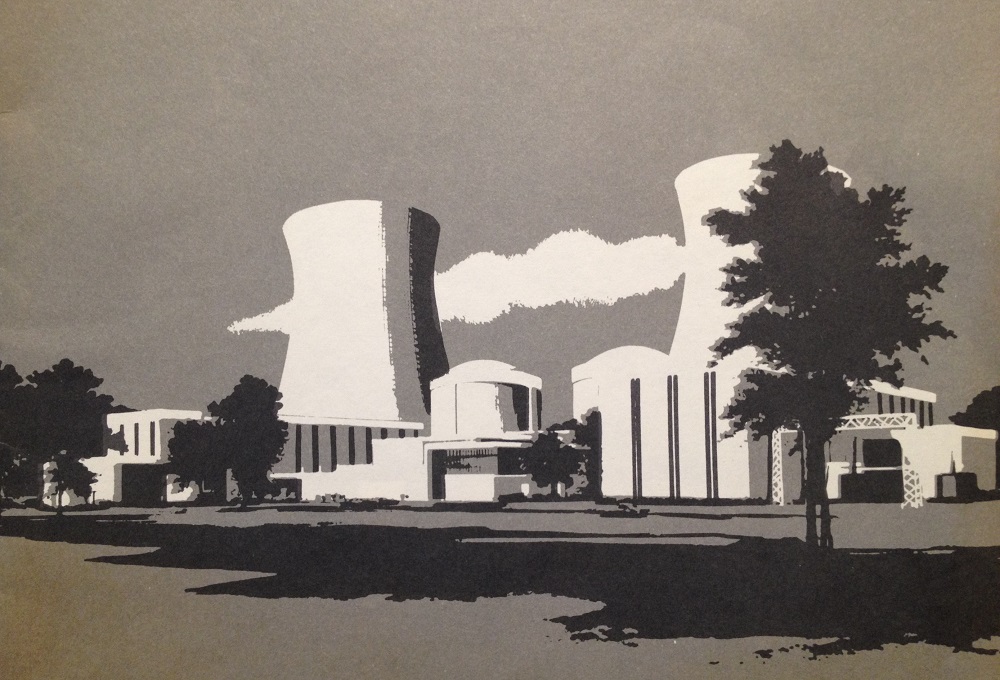 The next published report, "The Nuclear Industry 1970" took a somewhat fresh look at the delays and overruns experienced in the field and, in a nutshell, attributed a great deal of the problems to the explosive growth of the field.  Demand for not just components but for engineering and construction services, as well as for many thousands of qualified workers in widely spread areas, all congealed to form a situation where delay and overrun were likely to occur until the actual supply moved to meet the actual demand.  While a backing off of orders helped, in that it cut some of the pressure and growth rate that various vendors and suppliers were expecting to meet, it wouldn't last.

"In some cases where the delivery of large components, such as pressure vessels, was causing a delay, some of the time has been recovered through expedited construction," wrote the AEC in this report.  Although practically unheard of today, back at this time contractors were in control of scheduling (and planning) to the point that they could catch up lost time on construction.  This was still well in advance of the Nuclear Plant Labor Stabilization Contracts and "rolling 4-10's" labor scheduling devices of the later years of nuclear construction.

When discussing the high variation in predicted project costs for nuclear plants the AEC observed that there had been considerable disagreement among engineers as to the costs of the builds in different (geographic) locations, and that there had been variation in the estimation of the cost of the non-nuclear portions of the power plants.  Further, there was some error in the overall estimation of time-to-complete.  To wit:

"In the early days, the time for construction and costs were considerably underestimated; however, it now appears that the industry may be over-estimating these two factors because of unfavorable experience with present plants under construction."

One very interesting observation made by the AEC in this volume is the fact that while cost per kilowatt of nuclear plants was going up along with the overall total project costs, the actual cost of the NSSS or Nuclear Steam Supply System was remaining relatively constant.  The AEC wrote that "during the past three years, the contribution of the nuclear steam supply system to the total cost of a complete nuclear power plant has decreased from 25 percent to 17 percent."  In actual fact, in very early plants the cost of the NSSS had been as high as 60% of the project cost; by the middle of the 1970's the NSSS together with the turbine generator would be LESS than the total indirect cost portion of the base cost of a nuclear power plant - which is to say, less than 25% of the base cost.  Looking back again at the 1970 report though, the AEC observed the following relative to this stabilization of NSSS cost:

"The importance of this trend is that it should result in the competitive portion of nuclear plants increasing as greater uniformity of overall nuclear plant design is achieved, interest rates decline, construction costs stabilize, and plant constructors achieve a degree of experience comparable to that already achieved by equipment and component manufacturers."

The value of sustained construction - and the experience obtained from it - cannot be more clearly stated than it was by the AEC in this passage from the 1970 volume.  Also hinted at is what would eventually become policy - namely, the fixing of NSSS designs while plant designs were allowed to evolve.

Of course, the labor force itself had to get up to speed as well - and as with today, a shortage of nuclear-experienced trades was perceived as damaging.  On page 151 the AEC noted that "problems with on-site plant construction stemmed from a variety of causes, including scarcity of skilled construction workers, strikes, and in some instances, the need to correct or refabricate parts that did not meet the stringent specifications required for nuclear plant construction. (Author note:  This last-named consideration runs as a sort of theme through nuclear builds even right up to and including V. C. Summer and Vogtle today.)  The AEC did state that it believed that this range of construction related problems was rapidly being overcome as broad nuclear construction experience was being obtained, and used in successive projects.

Mentioned only too briefly in this report is the very beginning of broad, national environmental considerations fueled by political and grass roots action - and the launching of the brand new Environmental Protection Agency and the Clean Air Act.  The impact that this "new, green" momentum would have upon nuclear plant construction and design would be nothing short of monumental, as we'll see in future installments.

Next time - We'll move on to 1971, and begin to see the environmental movement have an impact on nuclear plant schedules.  We'll also see in another installment the launch of organized opposition to nuclear plants and how the Atomic Energy Commission interacted with these early, organized and paid intervenors.  That's all coming up in later installments that you won't want to miss!