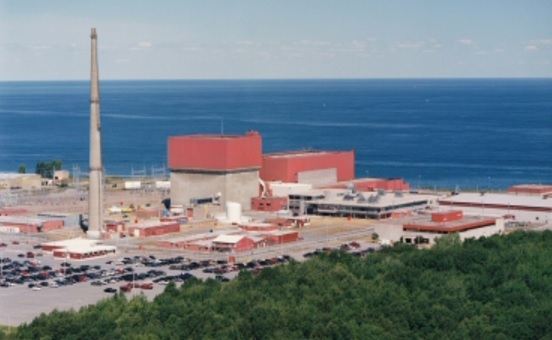 In what may well prove to be a historic deal, Exelon announced this morning (August 9) that it had agreed in theory to purchase the James A. FitzPatrick nuclear station in upstate New York from its present owner, Entergy.  This ends a long period of anguished waiting and watching, which began in February when Entergy announced it intended to close the plant and which was brought to a high level of tension in July when it was revealed that Exelon was examining purchasing the plant.

Today's press release by Entergy says, in part, that the New York State CES (Clean Energy Standard) was a key factor in the decision to prolong the life of the plant under the new ownership.  (The plant's NRC license does not expire until 2034.)

There are a number of hurdles that still must be cleared in order for the deal to be sealed, which include regulatory and financial review.  Considering that these are never guaranteed, both Entergy and Exelon have indicated today that a "parallel path" will be pursued that could either see the plant shut down as planned in January 2017 if the deal is not consummated, or else would see the plant refueled by Exelon in January 2017.  The actual closure of the deal to buy FitzPatrick is not expected to occur until the second quarter of 2017, according to Entergy's press release.

Certainly this story is not over by any means, but for now it seems fairly safe to say that a clean energy source has been fought for and preserved by efforts at many levels, both local and national, and that upstate New York will be all the better for it.