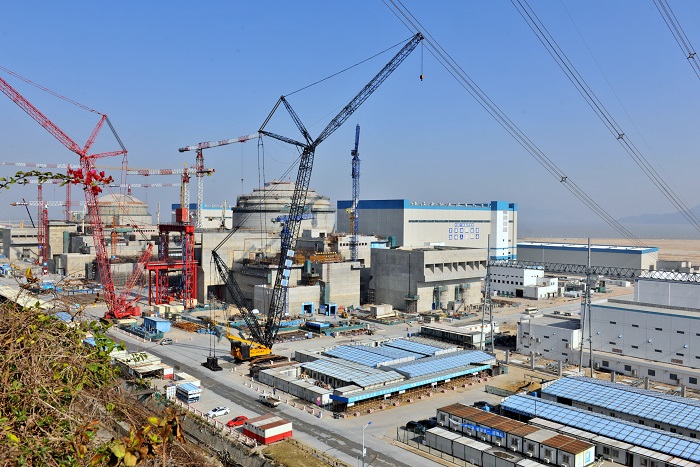 •Written on location at the ANS Winter Meeting by Will Davis

At the 2015 American Nuclear Society Winter Meeting, a fascinating session took place today that showcased two experts in the field of nuclear energy in presentations designed to emphasize the contribution nuclear energy makes to a low carbon, or perhaps totally decarbonized future.

Peter Lyons, formerly the Assistant Secretary for Nuclear Energy, US Department of Energy led off noting that nuclear plants in the recent past have contributed both to reduction of greenhouse gases and to stability of the grid by remaining on line during the polar vortex - unaffected by the storm as might have been renewables.  Lyons pointed out that other sources such as natural gas and coal have real "pipeline" problems -- the fact that natural gas is in the pipeline, or stored, somewhere and one must hope it can arrive during a storm; likewise, coal must be able to arrive by rail.  (During the severe winters of the 1970's, Detroit Edison could not get coal to the metropolitan Detroit area, leading in large part to the decision to restart construction of Fermi Unit 2 - WD.)  Lyons quickly noted that he believes that all sources must be used to combat GHG emissions, and pointed out that nuclear has some clear advantages that it must advertise if it is to compete.

Lyons then went on to discuss four areas in which he believes nuclear energy must focus its efforts in order to grow its market share for power generation world wide.  Briefly, these were:

Passive Safety.  Mr. Lyons opened this section by noting (in a different vein, actually) that nations must have a credible regulator -- and that the regulator must act upon known issues.  His example was that the US NRC had presented its findings on SBO (Station Black Out) to the Japanese regulator, NISA, when it was still part of the Ministry of Economy, Trade and Industry before the Fukushima accident.  The regulator took no action.  Lyons added that passive safety of the plants involved would have made the inaction by the regulator irrelevant - thus pointing out the importance of this inherent design feature.  In fact, Lyons said "it is my hope that no plants are built in the future that are not passively safe."

Small Modular Reactors:  Lyons believes that SMR's will be essential complements to the classic, gigawatt class nuclear plants being built around the world today.  They promise simpler construction and the best of these offer completely walk-away passive safety, in addition to offering a GHG-free option to utilities that can't capitalize a gigantic construction project.  Lyons also notes the smaller EPZ (Emergency Planning Zone) of SMR plants, which the NRC is evaluating in respect to shrinking to the point of actually being the plant or site boundary.  Lyons hopes that the NRC will adopt a truly risk-based approach to SMR licensing and gives the keen observation that the role of the NRC in the success of SMR's is key. "It may shape their market success," he says, believing that the risk based approach would also lead to a "relaxation of requirements without any safety compromises."

"Air cooling of SMR plants" -- the use of cooling towers that do not require a river, lake or ocean for plant cooling -- "could add very widely to the market for SMR's," he observed, and pointed out that inland applications such as are being debated in China right now for large plants might be an ideal place for SMR's to supplant or even replace the larger plants.  He adds that similar thinking would allow Japan to replace some of its coastal nuclear fleet with inland plants safe from tsunami.

Integration with Renewables.  With a tone of sincerity, Lyons pointed out that the German Energiewende, a transition from heavily nuclear and coal powered electricity to renewables, "has NOT been a success."  Prices for energy have skyrocketed there, which is hurting industry - and the public.  He believes that renewables will play a role, but that renewables must be integrated comfortably with other generating sources such as nuclear.  This will limit penetration, which is beneficial as he quoted figures from the OECD stating that a 30% penetration of renewables will drive the cost of power up between $20 and $30 per Mw-hr.  Further, a gigawatt of wind generation would require the use of land on the order of 300 square miles; for nuclear, one square mile.  For these reasons nuclear must integrate with renewables -- not be subservient to it.

Lyons described a concept similar to that floated here and elsewhere several years ago of the "energy park," except in his vision the combined nuclear and renewables on site would use their excess energy to desalinate water or produce chemicals instead of storing it for peak use. 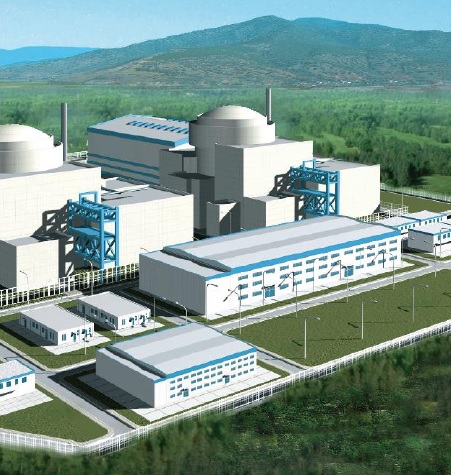 Advanced Reactors.  "It will be some time before these are widely ready," Lyons said, but noted that there may indeed be a market pull for these later on.  Lyons believes a key motivator to developing advanced designs would be a national effort to build a new, versatile test and research reactor for use by any or all interested parties.  He also believes that the higher the temperature of the advanced reactors that are considered (for future build) the greater the utility and chance of economic success, for reasons of increased economy and production of large amounts of process heat (used to manufacture chemicals, or desalinate water, or both.)  Lyons also stated that while many persons have discussed the idea of placing a new, national test or advanced reactor on a DOE site, no proposals have actually been made to do this.

Lyons moved on from his four points to say that the US government is not investing in large commercial plants here, or abroad and that it's time to reconsider this strategy.  Facing vertically integrated supply chains -- in other words, essentially state controlled top to bottom fuel - reactor - construction - operation - spent fuel management entities funded by other nations' governments -- is a major threat to the ability of US firms to compete.  Further, Lyons observed that Russia has clearly shown its willingness to use energy supply as a political tool, for example shutting off gas supplies from its own land to other nations.  Nuclear plants built by Russia in other countries on an integrated front to back contract would essentially hold those nations hostage to Russian fuel, Russian operations and maintenance assistance, and Russian spent fuel retrieval.  In other words the control is similar but extends over a far longer contracted period of time.  This must be thought of when considering that the US recently has defunded the Export-Import Bank.

Further, Lyons added, "when nations export their nuclear plants or their nuclear technologies, they are also effectively exporting their safety and regulatory culture."  Lyons feels it is essential to safety of nuclear power everywhere (as well as nonproliferation interests) that the US begin somehow to re-enter the field of wide nuclear energy export.

Yves Brechet, High Commissioner for Nuclear Energy, CEA then presented a topic entitled "Nuclear for Climate," which he admitted takes the very timely and relevant title of a much broader initiative now underway.  Brechet's presentation focused largely on the advantages of nuclear over other alternatives.

Brechet observed that when present day advocates point up the need for large or even majority amounts of nuclear energy to decarbonize electricity production, they have a model where this was already done - France, which at one point had 75% of its generating capacity as nuclear power (and had sophisticated technology to allow nuclear plants to ramp load quickly to meet demand -- nuclear plants in France are decidedly NOT "base load" plants -- WD.)  He pointed out that in 1973 in a national drive France decided to heavily invest in nuclear and that the program was a complete success in protecting France from vagaries and variations in imported fuel prices.  "This first overall energy transition for France went pretty well, and now we probably face another one to partly renewables," he said.

Brechet displayed a number of detailed slides showing, for example, that if we continue increasing renewables' penetration into markets world-wide that we'll be unable to produce enough concrete, steel, aluminum, copper and class by the year 2050.  He also would like to permanently dispel the notion that wind and solar are "free energy."  "You have to build things to take advantage of it.  So it's not free.  I mean, uranium is free too until you want to take it out of the ground," Brechet quipped.

All in all this session showed that both presenters firmly believe that renewables will play a role in the grid of the future, whatever that looks like and wherever it is.  But both believe strongly that nuclear must be the dominant force in a decarbonized generating system and the audience applauded each for the strong proofs given of these facts -- and for ways to get nuclear energy ready to fill that role.