Reporting An "Incident" As An "Accident" 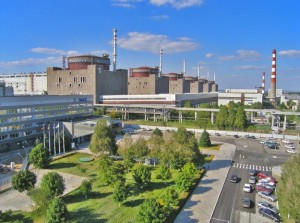 On November 28, 2014, "Block 3" (or the third unit) at the massive Zaporizhia Nuclear Generating Station in Ukraine experienced a fault in electrical transmission equipment outside the nuclear portion of the plant itself. This fault essentially caused the 1000-MW rated nuclear plant to have nowhere to send that large amount of power it was generating, per its design. The nuclear plant tripped off its turbine generator (opening its output breakers) and scrammed the reactor. In the world of power generating equipment anywhere, no matter the power source, this type of event is fairly common. This scenario is possible when severe storms play havoc with the grid during intense lightning.

The trouble-if it should be called that-related to this incident began when the Ukrainian Premier publicly referred to this event as an "accident." The term "nuclear accident," still burned into the minds of so many after Chernobyl and Fukushima, refers to a very serious event. Such an event compromises all the layered, defense-in-depth levels of safety protecting nuclear materials from reaching the environment. In the case of a nuclear plant it would normally be assumed to involve melting of the fuel.

In the case of the Ukrainian nuclear power plant, Zaporizhia Unit 3, no such event occurred and was never approached; not only did the units beside it continue generating power, the immediate fault (related to a power transformer) was identified and within hours was scheduled for immediate repair. The unit was announced as ready to be back on the grid Friday, December 5.

After the Prime Minister used the "nuclear accident" phrase, a shock wave of reporting went around the world so that by 8 am CT Thursday morning, American Nuclear Society headquarters had already been contacted by major media for comment on the situation. It was clear, quite early, that what had actually happened was essentially a non-event (and the official Zaporizhia NPP site, in Russian only, had announced this fact on the November 29.) Headlines such as that seen here continued after the fact to use the term "accident," even though nothing that satisfies the use of that term related to nuclear energy had happened.

It led to a roller coaster effect for some bond markets, and according to energy analyst Glenn Williams, "it's actually dangerous. Some people lost money, although the (bond) markets that got hit recovered." Bloomberg reported on the shakeup of the Ukrainian bond market yesterday. Williams noted that "if one unit at a giant six-unit power plant like that can go down and do that to their markets, it essentially demonstrates that Ukraine has an energy security problem." That might be the real news from this event; we shall wait to see.

What's essential to understand here is the significance of misreporting events such as these "incidents" (unintended, but fairly routine events) as "accidents." Clearly there is a desire for news outlets to get views and clicks, and the use of the word "accident" will encourage that. Unfortunately, it seems that this desire overrode any attempt by many to get the actual facts. "Drudge had the report with the word 'accident' up for quite some time, and AP pushed that word too, but later had to back off from it," said Williams. Numerous sources worldwide, in fact, carried this same verbiage.

What matters is that a routine event-an equipment failure that causes a power plant of any sort whatsoever to take automatic protective action-got mislabeled by a public official, and then vast media sources parroted that report without any further facts.

At least one silver lining was found, though-one media source did contact ANS for expert information and apparently killed the story when it was found to be a non-event.

•IAEA press release on the event

Albert Einstein is one of the most well-known physicists throughout history. Among other things, he is also known for formulating the world-famous equation E=mc2, the equation that relates...

The year 1971 saw a continuation of the general trend of rising capital costs for all types of power plants, described by the U.S. Atomic Energy Commission (AEC) in its publication for 1971 as...

Chernobyl Through the Mist of Decades

In the administration building of the Chernobyl nuclear power plant, a number of stained glass windows (as seen to the right) recall the optimistic tone of industrial Soviet-era art that can...

Correcting History Can Be an Uphill Battle

In April 2014, ANS Nuclear Cafe published a valuable historical account and analysis of the Three Mile Island accident titled TMI operators did what they were trained to do....

Note by Rod Adams:  This post has a deep background story. The author, Mike Derivan, was the shift supervisor at the Davis Besse nuclear power plant (DBNPP) on September 24, 1977, when it...

In our collective memory, disturbing images played out on video around the world in the days following the apocalyptic Great Tohoku Earthquake and Tsunami have somewhat receded, even if they...