• This week the GE-Hitachi ESBWR design received its Design Certification from the Nuclear Regulatory Commission. 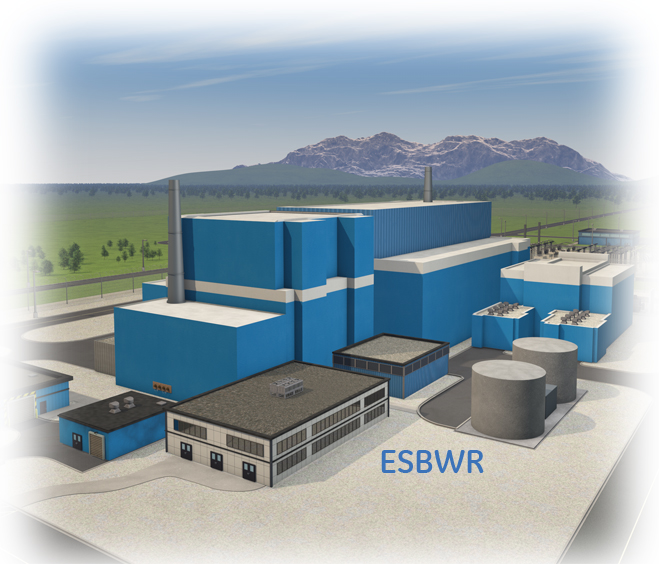 Dr. Solomon Levy mentions in his book "50 Years in Nuclear Power: A Retrospective" (American Nuclear Society, 2007) that the SBWR or "Simplified Boiling Water Reactor," the predecessor design to the just-certified ESBWR, was begun as a design effort in the 1980s along with several other advanced nuclear plant designs. At that time, design was beginning to shift to passive safety features-those that take effect without operator action, which are included in the new design.

American Nuclear Society Treasurer Margaret Harding was with GE in various capacities for many years, and is familiar with BWR series development; she served as Fuel Engineering Leader for the ESBWR project. "The SBWR was a fully natural circulation reactor (meaning there are no pumps to move water through the core), was simpler, and thus less expensive than the forced recirculation designs that came before it such as the BWR/6 and ABWR," she said. "The SBWR design eventually evolved into the ESBWR, which is even more simplified and has a number of both passive and active safety features."

Harding said that there was a major push to reduce equipment and piping overall, leading to the decision to use natural circulation (the tendency of hot water to rise over cold water), but this led to the design of a wider, flatter reactor core that will require a slightly higher uranium enrichment than forced circulation BWR reactors and that may be slightly less economical from a fuel consumption standpoint. "But because fuel is such a small percent of your operating costs, that disadvantage isn't huge," she added.

Natural circulation BWR plants aren't new; the Elk River Reactor, built by Allis-Chalmers (originally ACF) for Rural Cooperative Power Association in Minnesota in the late 1950s, was a natural circulation boiling water power reactor. Early problems with recirculation piping in various makes of boiling water reactors were another factor that led to the determined effort over the years to either move the recirculation pumps inside the reactor vessel and eliminate external piping (GE BWR/6, various ASEA-ATOM BWRs and the Hitachi-GE HP-ABWR) or else eliminate them entirely as in the ESBWR.

Of course, ESBWR is fully a GEN III+ plant (light water reactor with advanced safety features) in every sense of the term, with both fully passive and active core cooling features, a core catcher, a new containment, and more. GE-Hitachi has combined proven features from operating experience with a half century of boiling water reactors with advanced features in this design, which also interestingly is near the high end of available outputs with an electrical rating of 1600 MWe gross. The plant is available with either an 1800 RPM turbine generator for utilities that provide 60 Hz power, or a 1500 RPM unit for those that provide 50 Hz.

As of now, only two projects in the United States that have specified the ESBWR are active-namely, DTE Energy's plan for a new Fermi-3 unit, and Dominion's plan for a new North Anna Unit 3. DTE submitted to the NRC for a Combined License Application (COL) in September 2008, while Dominion submitted its COL in November 2007. Neither project presently has a planned date of completion for NRC review/issuance of the COL, however. In the case of North Anna-3, much of the delay centers on the fact that while Dominion initially selected the ESBWR, it switched reactor designs from 2010 to 2013 to the Mitsubishi US-APWR and then reverted to the ESBWR.

What's next? Well, the next design to be certified in the United States might well be the South Korean APR1400. While the review process for this design was thrown back to Korea Hydro & Nuclear Power in December 2013 and remains officially at the "pre-application" status, a recent announcement by Korea Electric Power Company Engineering & Construction (which designs and builds Korean nuclear plants) reveals a sweeping inter-corporate contract among the major players in the South Korean nuclear industry to restart the push for US NRC design certification with actual application made by the end of 2014. 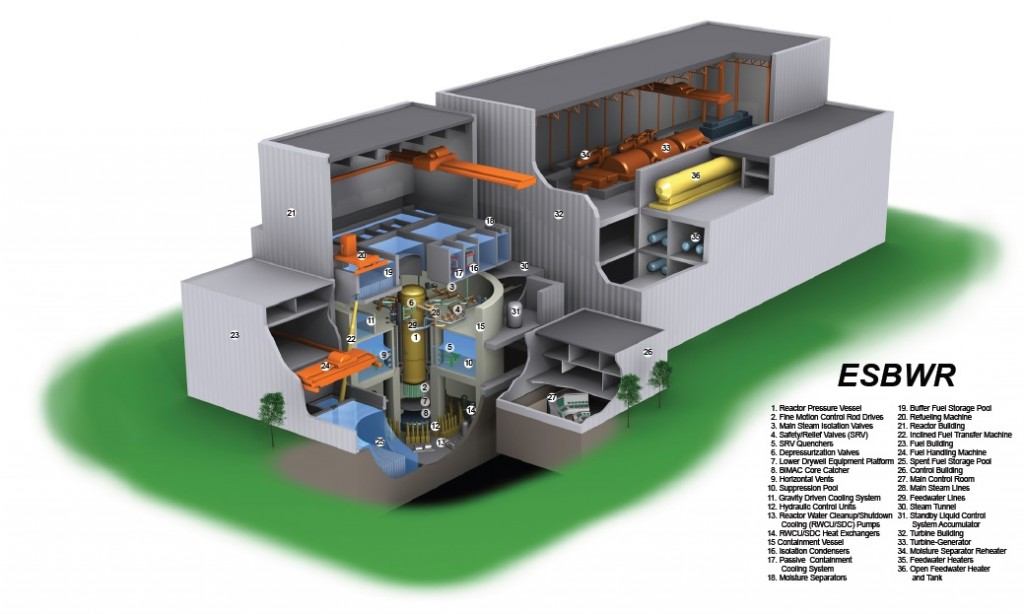 GE-Hitachi's ESBWR displays a number of highly advanced features, including a new containment, passive core cooling, and a core catcher.

• GE-Hitachi has a great deal of information available to the public on its website. Click here to access their ESBWR page that includes specifications, illustrations, and very detailed downloadable documents.