The world oil market is not a free market. Prices are manipulated by a small number of producers that adjust production rates to achieve desired prices that are high enough to provide maximum profits, without being high enough to encourage customers to aggressively pursue alternative energy sources.

That is the most important take away for attendees at the OPEC Embargo +40 summit held in Washington DC on October 16. Unfortunately, the meeting sponsors avoided acknowledging that nuclear energy is the alternative energy source that most worries established hydrocarbon suppliers. Nuclear has held that position since the early 1960s, when General Electric first won a head-to-head competition against coal to sell the Oyster Creek nuclear power plant.

Nuclear energy is reliable, virtually emission-free, and uses a widely distributed, abundant fuel source that is no longer subject to influence by the same producers that manipulate other fuel prices. Its cheap, clean heat can help turn coal, natural gas, and plants (vegetation) into liquid fuels that can be drop-in replacements for petroleum-based fuels.

A glittering cast of American energy pundits gathered in Washington DC for the summit held on the 40th anniversary of the 1973 OPEC oil embargo. Natural gas was the celebrity invitee everyone wanted to faun over, while nuclear energy was an uninvited guest disrespected by almost all of the speakers whenever it was brought up.

The event was hosted by a group of retired large company executives and military flag officers who have served in roles in which they should have learned about the vital role that energy plays in our economy and in our politics.

That organization, Securing America's Future Energy (SAFE), recently produced a document titled A National Strategy for Energy Security: Harnessing America's Resources and Innovation 2013. There are only three uses of the word nuclear in that 125-page document. Two of those appearances are in the legends of graphs about energy sources; one is followed by the word "physics" in a list of education focus areas.

People who want to sell uranium, fabricate fuel, build and operate new plants, and stop a dramatic shift of leadership in technical innovation to other countries (e.g., Korea and China) must recognize that it's past time to take action to force ourselves into the conversation, even if our technology makes some people uncomfortable.

During the summit, negative words about nuclear energy came from people representing numerous points in the political spectrum. Doubters included a man who had served as both chairman of the Atomic Energy Commission and as Secretary of Energy, a woman who had been the Secretary of State, a man who is the chief executive officer of a large ship operating company, and a man who is the CEO of one of the world's pioneering nuclear power plant vendors.

Madeline Albright, the former Secretary of State, described the Atoms for Peace program as a mistake that led to too many unsolved "unintended consequences." Meanwhile, according to James Schlesinger (former AEC chairman and one-time energy secretary), cheap natural gas has killed the nuclear renaissance and no utility CEO is going to consider proposing a new nuclear plant to his board of directors.

But you asked a question about nuclear. Madeline (Albright) mentioned the unintended consequences [of the Atoms for Peace speech]. There are unanticipated consequences. What we have seen as a result of shale oil development and shale gas development is natural gas so cheap now that nobody, no utility, is going to build a nuclear plant unless very heavily subsidized, and we are not seeing that. Philosophically we may be more interested in having more nuclear plants but as a practical matter, we're just not going to see them. There is no nuclear renaissance coming.

Adam Goldstein was asked if his Royal Caribbean Cruise Lines would be interested in nuclear power, as the company has replaced oil on large ships for more than 50 years. He chuckled uncomfortably-along with the audience-and stated that those ships do not have to carry passengers into Australia. He stated that costs make it prohibitive. He appeared unaware that his huge passenger ships are a tempting "early adopter" market for smaller reactor vendors; they operate baseload power plants running on low sulfur diesel fuel that costs more than $25 per MMBTU.

Jeff Immelt described GE's new jet engine, which improves fuel economy by 15 percent, as his company's most innovative technology for reducing oil dependence. When pressed about nuclear energy, he said that his company is going to keep their nuclear energy division on life support because his "successor's successor" might be grateful to have that option available. He never mentioned the ABWR, the PRISM, or the ESBWR.

Nuclear energy received a few positive mentions; most of the best came from Fred Smith, the founder and CEO of Federal Express, a world-wide logistics company founded in 1971, just two years before the OPEC embargo. Smith fundamentally understands the importance of a reliable supply of fuel for his trucks, planes, and delivery vehicles.

He is also well aware of the fact-through repeated experience-that apparent abundance can rapidly turn into price-spiking shortage. He knows what that shift means to his company's profits and what it means to the profits of companies that sell oil or alternative energy equipment. He noted the ongoing nuclear renaissance in China and his interest in what he called "pocket nukes" that are receiving investments from Bill Gates and Babcock & Wilcox.

Aside:  SAFE recently posted A Conversation with Jeff Immelt and Fred Smith on YouTube. Immelt repeatedly sings the praises of natural gas and explains how his company is involved in the industry. His comments about the most innovative technologies is in response to a question that Becky Quick asked starting at 23:46. Their discussion about nuclear energy begins with a question from Becky starting at 28:35. End Aside.

Carol Browner, who served as the Environmental Protection Agency administrator in a Democratic administration, insisted that nuclear energy has an important role to play in reducing fossil fuel dependence and reducing CO2 emissions.

Those examples show that the most receptive audiences for the nuclear energy alternative are people who buy a lot of fuel without selling any, and people who are deeply concerned about air pollution and climate change. The former understand that having additional supplies of reliable power will mean more competition to provide more stable and lower prices. The latter group knows that we cannot continue to dump CO2 into the atmosphere at an ever-increasing rate without unexpected consequences.

It's time to get more aggressive in nuclear energy marketing. The uranium industry should teach people how heat is fungible in order to excite its potential supporters and capture attention from energy pundits.

Nuclear fission heat has already reduced the world's dependence on oil; there is plenty of remaining opportunity. Nuclear energy pushed oil out of the electricity market in most of the developed world. Fission has replaced oil combustion in larger ships, but most others still burn oil. Nuclear-generated electricity has replaced oil burned for locomotives, city trolleys, and space heat, but there is room for substantial growth in these markets. Uranium producers should be influential members in the coalitions that are working to electrify transportation systems. Fission heat, especially with higher temperature reactors, can replace oil heat in industrial processes, including those well-proven processes that can turn coal, natural gas, and biomass into liquid fuels.

Fission can also reduce oil use by pushing gas out of the power generation business, thus freeing up more natural gas for other uses. As the gas promoters love to point out, methane is a flexible and clean burning fuel. It is important to remind their customers that fuel burned in power plants is not available for any other use.

There should no longer be meetings in Washington in which serious energy observers can hold sessions about efforts to reduce oil dependence, without discussing uranium's important role in achieving that goal. There should also not be another meeting in DC discussing how natural gas is going to reduce our dependence on petroleum, without any apparent recognition that gas and oil are almost identical chemicals that come from essentially the same places in the earth's crust, are supplied by essentially the same multinational conglomerates, and are delivered to customers using very similar types of pipes, ships, and trucks. 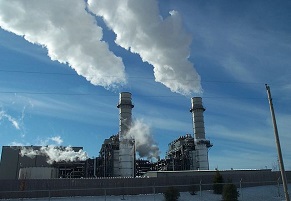 Note: An abbreviated version of this article first appeared in the November 7, 2013 issue of Fuel Cycle Week.