A quick note of congratulations to NASA's Mars Curiosity rover project team on the first anniversary of a daredevil landing on Mars on August 6, 2012. 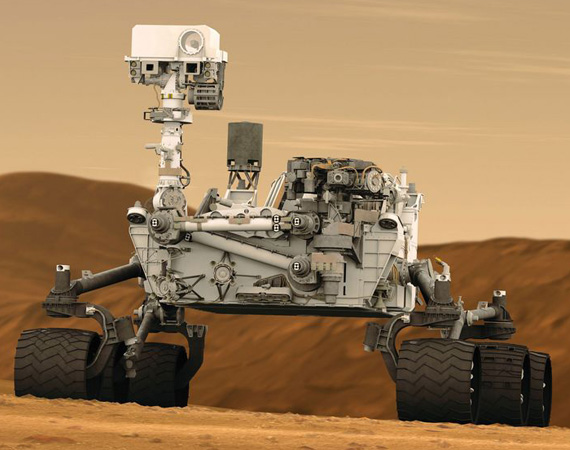 The project has been a scientific and engineering triumph of the first order. Also, it is a prime example of the application of nuclear technology in scientific research-Curiosity is one of a long line of historic space missions powered by a Plutonium-238 radioisotope thermoelectric generator. See the September/October 2012 issue of ANS ReActions for a discussion of the Curiosity rover and its plutonium heartbeat.

As part of its birthday celebration, NASA compiled a time-lapse video of Curiosity's first year of diggings, drillings, and travels on Mars. Now, the rover treks toward a rendezvous with Mount Sharp-possibly a site where the chemical ingredients needed for life have been best preserved.

Thanks to Space.com for that music soundtrack!

Plutonium in Space: Why and How?

Nuclear and Emerging Technologies for Space (NETS-2022) will be held May 8–12 in Cleveland, Ohio.Register now. ANS members are encouraged to register for the conference and reserve their...

Research into the high-resolution detection of plutonium mixtures by Purdue University professor Rusi Taleyarkhan and his team was featured on the cover of the February issue of the Journal of...