In this post I will expand on some of the themes I've been discussing in several previous posts-concerning what's really needed to bring down nuclear's costs, allow it to grow in the future, and contribute to reductions in CO2 emissions and air pollution.

In January, I discussed what's driving escalating nuclear plant construction costs and what might be done to reduce those costs. In March, I discussed how some of those same themes may apply to small modular reactors (SMRs). In June, I discussed how the impacts of increased fossil fuel use are not considered when promulgating strict nuclear regulations, and when holding nuclear plants closed while all potential issues are resolved and corrected.

There have been some new developments that touch on those themes.

I haven't been able to find conclusions of any such cost/benefit analyses for the filters (e.g., a cost in dollars per life saved, etc.). However, my reaction to the articles was that there are many NRC/industry policies and regulations that clearly would not pass any kind of cost/benefit analysis. I discuss several requirements and practices that I doubt are cost effective in the earlier posts linked above. My own back-of-the-envelope calculations suggest that many nuclear requirements amount to many billions of dollars per life saved; orders of magnitude higher than the standards applied to most industries.

Here's an example of a proposed EPA soot rule that seems to pencil out to only on the order of ~$10,000 per life saved, but may still be delayed or even blocked due to political opposition. And, of course, even new EPA regulations that go through are not applied to the oldest, grossly-polluting coal plants because they operate under a grandfather clause to the (1970!) Clean Air Act. This clause almost seems like blanket immunity to any backfit requirements, regardless of what cost/benefit analyses say (if I understand it correctly).

More recently, those same Republican congressional committee leaders submitted a long list of questions to NRC Chair Allison MacFarlane as part of her re-confirmation process. In the "Economic Consequences" section of the questions document (just before Question #27), reference was made to a recent NRC policy decision that states:

"The Commission finds that economic consequences should not be treated as equivalent in regulatory character to matters of adequate protection of public health and safety."

In the answer to Question #31, MacFarlane states:

"If the NRC determines that regulatory action is necessary, it will then consider costs, unless the Commission has determined that the proposed changes are necessary for reasonable assurance of adequate protection of public health and safety and the common defense and security."

and goes on to state:

In other words, as I said above, the NRC only considers cost (and performs any kind of cost/benefit analysis) if a backfit requirement is being proposed. For all other requirements, the NRC is free to apply its judgment, and can pass any regulations it likes, regardless of cost, if they deem them to be necessary for "adequate" public safety/protection.

Also of note is how the Republican ranking senate committee member said that he "applauded" the NRC's ruling (that cost is no object) in the paragraph before Question #27-this being the same party that opposes EPA air pollution regulations no matter what cost/benefit analyses say (that is, no matter how large their benefit and how little the cost, with the soot case I gave earlier being but one example). Thus, it appears that both major political parties fully concur with the policy of cost being no object, and cost/benefit analysis not being necessary, for anything other than backfit rules. For the nuclear industry only, that is, in stark contrast to fossil fuels, and other industries in general.

Many people are hopeful that advanced reactor technologies (e.g., SMRs, non-light water reactors, etc.) will result in lower nuclear plant costs, since they will be inherently safer and less complex, and will require less complicated safety systems. This has yet to be demonstrated (of course) and I'm not sure that it will be the case.

These plants will likely give up power density and economy of scale. What will they get in return, with respect to economics? Imagine that they designed a reactor that, due to fundamental geometry, size, materials and physics, could not melt down, or could not ever produce any significant release. Could you imagine the NRC classifying all the components of that reactor as "non-safety-related" with respect to fabrication QA requirements? My guess is that full NQA-1 fabrication QA requirements would still be applied for most components. There would also be little relief in operating or staffing requirements. The reason will simply be that "it's nuclear" and that's how things are done in our industry. Security and emergency planning requirements would also not be relaxed (much) despite the much smaller- to non-existent potential source term. Unless credit is given for these reactors' inherent safety and much lower potential source terms (releases), in the form of reduced requirements, they may be even more expensive than large reactors.

I fear that unless there is significant regulatory and/or energy policy reform, advanced reactors or SMRs will fare little better than current reactors. The central fact is that if nuclear is held to a standard of near perfection, with even a small chance of the release of pollution being considered unacceptable, whereas the competition is allowed to pollute freely, no reactor design will really stand a chance of competing. If cost is no object for nuclear regulations, while even cost-effective requirements for competing (fossil) sources are rejected, how can nuclear compete? I believe, however, that a defensible case for (strategically) trimming nuclear regulations can be made.

In its testimony above, the NRC repeatedly refers to protection of "public health and safety". As I've discussed in earlier posts, we learned at Fukushima that even the meltdown of several large reactors had no measurable impact on public health. And the maximum potential release from an SMR is far smaller than that (probably only a few percent of the Fukushima release, at most). Thus, for SMRs at least, it is absolutely clear that no significant threat to "public health and safety" is involved, or even possible. It seems pretty clear that the consequences of even severe accidents/releases would be purely economic. That should be sufficient to justify regulations being subject to cost/benefit analysis, since we're really just talking about cost (of an accident) vs. cost (of requirements). Given this, one could even question NRC involvement at all, and argue that such decisions should be between the operators and their insurers.

It should go without saying that all nuclear regulations, requirements, and practices should be subject to full cost/benefit analyses, as are most other environmental regulations. Requirements that do not pass muster (i.e., involve costs per life saved far higher than those applied to most industries) should be eliminated. Of course, any highly cost-effective new requirements (e.g., lessons from Fukushima-like rapid response centers) should be fully considered. All requirements should be evaluated for cost-effectiveness. If they were, we could achieve similar (or perhaps even higher) levels of safety at far lower overall cost. 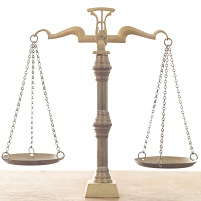 Finally, the potential impacts of increased fossil fuel generation should be considered, when promulgating nuclear requirements that may price new nuclear out of the market, or when making a decision to keep a nuclear plant shut while some issue is being resolved or investigated. (This is something that should also be considered by Japan and Korea, which are burning massive amounts of expensive and harmful fossil fuels while nuclear "issues" are being investigated and resolved.)

My view is that the area of research that would be most helpful to the industry does not involve advanced reactors or fuel cycles. There should be a significant area of research devoted to what is making nuclear construction/capital costs so high and what can be done to reduce them. This, after all, is the biggest issue the industry faces. Technology advances would be considered, but more importantly, all current policies, practices, regulations and requirements would be put on the table and subject to a fresh, objective, bottoms-up review to determine their cost effectiveness. Non-cost-effective requirements would be discarded. New requirements would be considered, if cost-effective.

In the specific area of component fabrication QA requirements, the use of more typical industrial or commercial QA requirements (as opposed to the nuclear-unique NQA-1 program) would be thoroughly evaluated. Instead of just assuming that non-NQA-1 (e.g., commercial-grade) components WILL fail, the evaluation would study historical failure rates for components fabricated under different (more common) QA regimes. Also, the evaluation would fully consider the nature of the component failures, based (again) on historical records and statistics of how (non-nuclear-grade) components have failed. I've seen evaluations that not only assume that any component that is not verified (by nuclear QA program or dedication) will fail, but will fail completely in a totally non-realistic way (e.g., simply vanish). We must do better than this.

A detailed Probabilistic Risk Assessment evaluation would consider the use of non-NQA-1 or non-dedicated components, based on non-nuclear industry component failure rates and failure modes. The effects of such component failures on the magnitude and likelihood of releases would then be calculated, and those results would be plugged into a cost/benefit analysis. Such an evaluation may allow the use of more common industrial or commercial component fabrication QA requirements for some or most of the components of a reactor (perhaps SMRs in particular, given their very low potential releases). That, in turn, could result in significant cost reductions with little impact on public safety or the risk of financial losses from a release.

In January, the U.S. Environmental Protection Agency issued an Advanced Notice of Proposed Rulemaking (ANPR) concerning 40 CFR 190-the regulations that govern public exposure and release of...

With cap-and-trade and carbon tax proposals going nowhere in congress, the Obama administration is tackling the global warming issue through the administrative branch, using U.S. Environmental...

In February, the U.S. Department of Energy finally announced the approval of a federal loan guarantee for the Vogtle-3 and -4 reactor project under construction near Waynesboro, Ga. The...

With the recent shutdown of four reactors and another scheduled closure later this year, there is increasing concern over nuclear plant shutdowns in the United States, and the idea of policy...

Persistent Prejudice Against Nuclear—Can Anything Be Done? Part 3

At this site in January, I made the case that there is significant and persistent prejudice against nuclear power among both the public and policymakers. In February, I discussed several...

Persistent Prejudice Against Nuclear – Can Anything Be Done? Part 2

In last month's post, I made the case that there is substantial prejudice against nuclear power among much of the public in most of the world. As a result, nuclear is held to requirements...