The governor of Vermont last year established the "Energy Generation Siting Policy Commission" after citizens protested  a proposed wind farm (meanwhile, the legislature proposed a wind farm moratorium bill). The main purpose of the governor's initiative was to evaluate how much local input should be required in energy siting decisions.

Many Vermont citizens have been taught by nuclear opponents to raise "Not In My Backyard!" cries against nuclear-related issues-and now, this tactic has extended far beyond nuclear. Will Vermont allow every small locality to block projects needed for the state, regional, and national good?

"Wind at the backs" of wind power developers

Vermont's policy is to encourage the development of alternative energy sources, which include wind, solar, biomass, and small hydro. The policy also supports energy conservation and efficiency, through an energy efficiency utility. And there are federal tax breaks and incentives for these projects. In addition, the state provides a "feed-in tariff" where power is bought by the distribution utility at a higher price than that from other sources.

All energy projects are now required to go through an identical permitting process. The Vermont Public Service Board (PSB) issues Certificates of Public Good (CPG) for energy and other projects. The PSB also conducts an investigation of project applications, including quasi-judicial public hearings, to determine if projects meet the legal criteria for a CPG. Participants in the hearing process must formally apply, and must be represented by legal counsel. 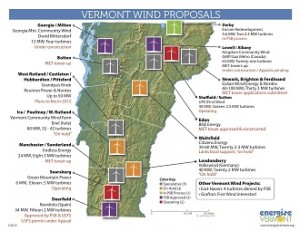 Vermont residents living near wind power projects have opposed their construction. The latest designs of large wind turbines, dubbed "Industrial Wind Turbines" by opponents, are over 400 feet tall to the top of the blades. Objections are often raised about environmental impacts. In addition, destroying the view is an objection. 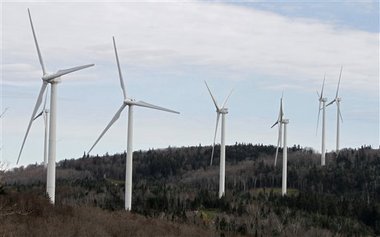 The impact of land clearing, roads, and ridge line facilities is another major objection. 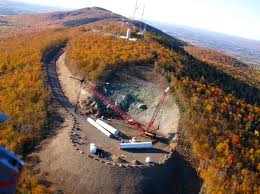 Local citizens have formed groups to lobby their elected officials against these "wind farms." 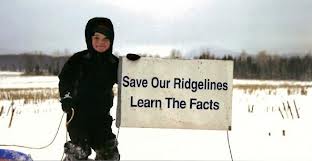 An objection raised against all projects is that legal counsel is required to formally participate before the PSB. This creates a hurdle for local citizens due to its expense.

From the Commission's charter:

"On October 2, 2012, Governor Peter Shumlin created the Governor's Energy Generation Siting Policy Commission. The charge of the Commission is to survey best practices for siting approval of electric generation projects (all facilities except for net- and group-net-metered facilities) and for public participation and representation in the siting process and to report to the Governor and to the Vermont Legislature on their findings by April 30, 2013. The Commission will also look at alternative dispute resolution processes for project siting, permit coordination opportunities, how cumulative project impact is considered, and whether generic siting guidelines should be developed."

The Commission's report states that it is in the context of goals already set by law:

The report's recommendations are introduced as follows:

"The Commission believes that Vermont can address potentially competing interests and advance clean energy projects efficiently while also protecting the state's natural resources. An effective and efficient siting process is essential to achieve this. With this in mind, the Commission is particularly focused on recommendations related to the following aspects of the siting process:

Recommendations are grouped in categories:

A key to understanding the whole report is the final policy recommendation:

"27. Although many of the following points have been covered in the body of this report, the Commission recommends that the PSB pay particular attention to these issues in the near term as they relate to siting electric generation within its current jurisdiction: a) the public need for procedural advice throughout the application process (Case Manager); b) an improved PSB website including an online case management system; c) consideration of economic efficiency and least environmental damage, with particular attention to climate change; d) health issues; e) cumulative impacts, which may include aesthetic, grid, economic and health effects; f) potential effects on neighboring property values; g) consideration of view shed in accommodating participation of communities; h) setbacks; i) principal concerns raised at public hearings for the project; and j) a more efficient process for smaller, community sponsored projects."

In January, a bill calling for a three year moratorium on wind power projects was introduced in Vermont's  Senate. The bill went through the usual committee reviews, in both houses. However, after this process the bill was then changed into an Act of the legislature that requires up to six joint meetings of the Senate and House Committees on Natural Resources and Energy, during a time that the legislature is not in session. This was not surprising, since the chair of the House Committee on Natural Resources and Energy is an ardent supporter of alternative energies. The committees are to review the Siting Commission's report.

A major recommendation of the Siting Commission concerns including more local input in the project approval process. Based on what has happened, and continues to happen, concerning the Vermont Yankee nuclear plant, dealing with local objections is a major hurdle. Right now, the objections of Vermont Yankee nuclear power plants opponents are heard by the PSB. Vermont Yankee's opponents have formed groups, raised money, retained counsel, and formally participate in the approval process, at the state and federal level. The opponents want the plant shut down, no matter what.

The obvious problem, which has gone unspoken, is that when there are two sides that desire conflicting results in a controversial issue, both sides can't be satisfied. Most elected officials don't like to tell constituents "No," particularly when an emotional issue is involved. In this era of one-issue politics, elected officials, considering their re-election possibilities, are wary of any group that will oppose them based solely on their stand on one issue alone.

The Commission's report contains many good recommendations. It admits that the current process was set up when generating projects were large and infrequent. Now that projects are smaller and numerous, the process has to be streamlined. In particular, a tiered system is recommended, so that projects are subjected to a review process matched to their size and potential impact.

The danger in the process, as I see it, is coming up with a solution that will allow small local groups to have a veto over projects-energy, communications, or others-that are needed by the county, region, state, nation, or world. This could create a situation where nothing gets done. For example, in Windham County, home of Vermont Yankee, some do not want nuclear power-and they also do not want wind power.

My grandmother used to say, "You can't have your cake and eat it too." The Commission's report could be viewed as trying to have everything, and saying nothing about hard choices.

Howard Shaffer has been an ANS member for 35 years.  He has contributed to ASME and ANS Standards committees, ANS committees, national meeting staffs, and his local section, and was the 2001 ANS Congressional Fellow.  He is a current member of the ANS Public Information Committee and consults in nuclear public outreach. He is coordinator for the Vermont Grassroots Project. Shaffer holds a BSEE from Duke University and an MSNE from MIT. He is a regular contributor to the ANS Nuclear Cafe.