City people sometimes move to a farming community and then are somewhat shocked that the beautiful fields are actually not just for looking at and painting. A farmer's fields are a sort of factory. The fields produce stuff. They take inputs of raw materials, such as seeds, fertilizer, water, pesticides, and so forth. With these inputs, they produce food. Some farms are organic, and they use non-chemical fertilizer and more "natural" methods of pest control, but the goal is the same. A farmer's fields are supposed to produce food. That's the goal of farming.

There's a fair amount of not-so-pleasant stuff that happens on a farm, even a farm producing wine or vegetables. I knew a man in California who ran a bed-and-breakfast in the wine country. His guests were sometimes seriously annoyed by people in the vineyards spraying sulfur, or workers tilling the soil between the rows...into the night hours, working with big lights. The guests' idea of a vineyard was a set of pretty rows of plants, overlooked by a wide porch where people could sip wine. Their ideas didn't include agricultural chemicals or tractors with floodlights. But that happens on a farm.

If the farm is raising meat, things are even more difficult for the city-dweller. Chuck Wooster is a local farmer and writer. He is also chair of my town's selectboard. Wooster wrote an op-ed for my local paper: Death Is Always on the Farm Schedule.

Part of Wooster's op-ed was about the controversy about slaughtering two oxen at a Vermont college. For me, the most interesting part of the article is Wooster's thoughts about his own farm: raising pigs, chickens, and sheep for slaughter. As he writes: Visitors often wax rhapsodic about the beauty of it all.... [But sometimes] I'll unleash my contrarian side: "What you're seeing here is just death on a schedule."

The purpose of a farm (vegetarian, meat-producing, winery, traditional, or organic production methods) is to produce food. The fields aren't just "scenery." The fields are for work and production. Or in a harsher light, they are about "death on a schedule" even if the only thing that dies is a carrot being harvested.

So what does this have to do with renewable energy?

Renewable energy, waterfalls, and me

I just recently returned from a trip to North Carolina. My husband and I did a lot of hiking in Pisgah National Forest and Great Smokey Mountain National Park. We saw many waterfalls. We saw wildflowers on the damp ground under the trees. Yeah, I took pictures and I include some in this blog post. You knew I would do that. 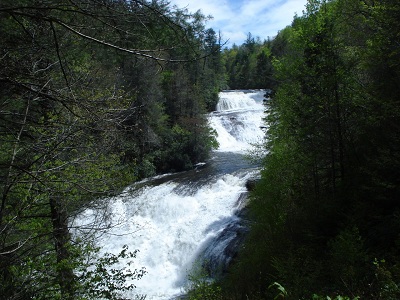 But back to energy.

Every time we hiked past a waterfall, I quietly thanked G-d for the existence and beauty of that waterfall. Then, I thanked every local coal, nuclear, and gas-fired plant for the continued existence of that waterfall. I thanked the local power plants for producing enough power so that it is unnecessary to exploit every possible source of power. I thanked the local power plants for making it possible to let the waterfalls be waterfalls, not hydro plants.

Trillium, lady-slippers, foamflowers, and other beautiful native plants flourish on damp ground near rivers. They don't flourish on roads and infrastructure, which is what you have if every waterfall is a dam. 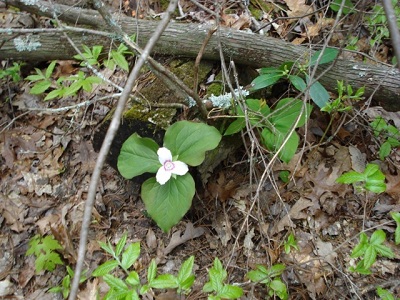 We can "get" energy from sun, wind, and water? No, we can "take" that energy. We can build dams where rivers flowed free. We can make sure that the waterfalls don't waste all that power-spending it by just sending some foam up into the air and aerating the water for fishes. We can build dams to "take" that power. We can "take" wind power by building wind turbines on the highest ridges. We don't have to keep those ridges for trees and views and hikers and animals. We can "take" this energy from the environment, just as we "take" food from a farm.

Today some environmental groups still try to protect the wilderness. However, they seem to be drowned out by the people who believe we can "get" energy from the natural world without affecting or industrializing the natural world.

On my hiking trip, I thought very little about nuclear energy or conflicts in Vermont and so forth. I truly had a vacation.

I came back from the trip somewhat changed. I am now far more willing to call myself an environmentalist. I renewed my dedication to promoting nuclear energy.

I came back dedicated to letting the wilderness be wilderness, and the rivers run free. 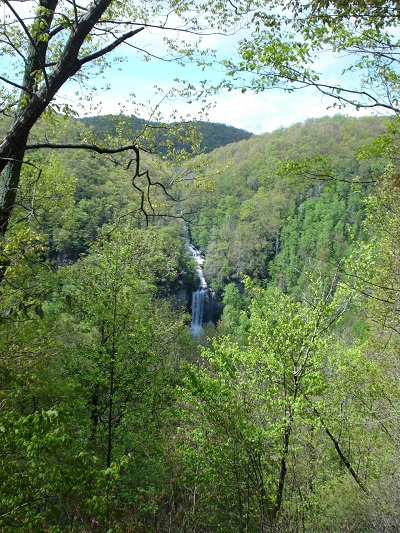 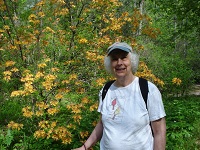 What role can nuclear power play in getting humans to Mars or eliminating climate change? Nuclear energy has an increasing role in medicine and safety and security. Industry leaders,...