The news has finally come out on a long-awaited subject: the first determination by Japan's new Nuclear Regulation Authority (NRA) that a nuclear plant in Japan lies on a seismic fault determined to be active. 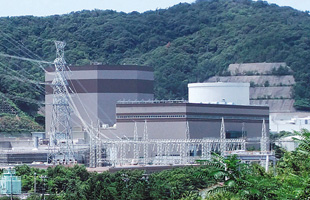 Earlier in the month, a panel of experts was convened by the NRA to investigate the presence of a fault directly below Japan Atomic Power Company's Tsuruga Nuclear Plant Unit 2. Their report determined that a zone of crushed rock below the plant's reactor building was a subsidiary fault to a known active, nearby fault, and that both had appeared to move within a time frame set by the NRA to determine if a fault is active. The panelists' report was released to the public on May 15, but the NRA had, until now, not made a final decision.

Japan Atomic Power Company (JAPCO) has disputed since the beginning of seismic re-examinations of Japan's nuclear plants in September 2012 the notion that an active fault exists below Tsuruga Unit 2's reactor building. JAPCO also assembled a panel of seismic experts and released reports supporting their contention. JAPCO maintains that there is solid evidence that, while faulting beneath the plant does exist, it's simply not active. JAPCO's reports attempt to refute the NRA's findings by showing that the shatter zone below Unit 2 does not actually lead back to the fault that the NRA believes is active, and that in fact that fault itself is no longer active anyway.

However, as of now, with the NRA's official approval of the seismic report, it seems that the final nail in the coffin has been driven-at least on Tsuruga-2. In response, JAPCO has made two immediate and very harshly worded press releases on its site today, describing the news as "crushing," and depicting the report endorsed by the NRA as both "unscientific" and "lacking impartiality, fairness, and objective conclusions." JAPCO asserts that none of the faults near their plant has seen activity since roughly 130,000 years ago, and in one of their releases include a copy of an open letter sent to the NRA expert panel members including 16 specific questions about its findings in comparison to the JAPCO report.

What seems clear is that the NRA has made a decision that it feels must lead to the decommissioning of Tsuruga Unit 2, even though it has only the authority to prevent JAPCO from operating the reactor-the NRA cannot, by present law, force the company to decommission (dismantle) it. JAPCO stated in a short press release that it feels that the NRA has shorted it on the investigations, essentially making the determination without a give-and-take process between regulator and owner-operator, and also saying that the report is "inappropriate and cannot be accepted by the Company." Some sources are reporting that JAPCO intends legal action. JAPCO is preparing another report, which it intends to have ready by the end of June, to further refute the most recent NRA seismic study.

JAPCO's future income is seriously in question if Tsuruga-2 is forced by the NRA to remain shut down permanently. The other plant on site, Unit 1, is much smaller and is described by JAPCO as "Japan's first light water reactor" (Unit 1 is a boiling water reactor.) While Unit 1 already passed the normally-accepted (in Japan) 40-year life time expectancy, JAPCO had already announced it would permanently shut down Unit 1 by 2016. The company's only other plant, Tokai No. 2, is unlikely to restart due to focused and determined opposition by local residents in its vicinity. What this means is that JAPCO is essentially in the position of being a company set up to sell power generated by nuclear energy, but which cannot operate any of its generating assets.

Nine utilities are actually the owners of JAPCO (which was established in 1957) and these utilities had announced that they intended to keep JAPCO afloat monetarily until the first quarter of next year-but that was before today's announcement that the NRA had officially endorsed its seismic review panel's report on Tsuruga Unit 2. There is little doubt that if the company cannot restart either Tsuruga Unit 2 due to the NRA decision, or Tokai Unit 2 due to local sentiment, it will become bankrupt. 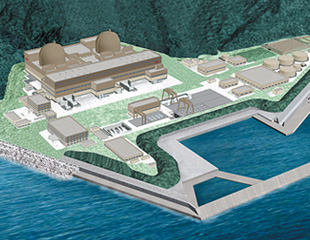 JAPCO had intended to operate Unit 1 until the first of two new Mitsubishi APWR units could be completed, but that was before the Great Tohoku Earthquake and Tsunami, and the Fukushima Daiichi accident. According to data compiled by the World Nuclear Association, construction of these new units would have required 140 billion yen of civil engineering work just to prepare the intended site for the plants, plus another 770 billion yen for the total construction costs. Had the plants started construction on time in 2012, they might have been on line in 2017-2018. These totals would be impossible with no revenue coming in from the other generating stations.

In a sense, the fight isn't over, because JAPCO feels it still has legal avenues it can pursue to force the NRA to revise its estimates of fault activity, and then reverse its decision preventing operation of Tsuruga Unit 2. However, statements to the press by NRA Chairman Shunichi Tanaka contain a note of finality that seems unmovable. What is unlikely in the current environment of heightened anti-nuclear sentiment in Japan is any decision by the regulator that does not appear to be 100 percent on the side of seismic safety, regardless of what findings JAPCO may have concerning the geology of the site.

Will Davis is a consultant to, and writer for, the American Nuclear Society; he will serve on the ANS Public Information Committee 2013-2016.  In addition, he is a contributing author for Fuel Cycle Week and writes his own popular blog Atomic Power Review. Davis is a former US Navy Reactor Operator, qualified on S8G and S5W plants.

Natrium, a 345-MWe sodium fast reactor with a molten salt energy storage system, was developed by TerraPower and GE Hitachi Nuclear Energy. TerraPower is planning to build the first Natrium...

Noting the challenges Japan will face in managing the nuclear waste that will be generated from decommissioning 79 of its nuclear research and development facilities, the International Atomic...

Along with many other media outlets on March 11, the PBS NewsHour reported on the continuing recovery efforts from the earthquake and tsunami that devastated northeastern Japan 10 years ago....