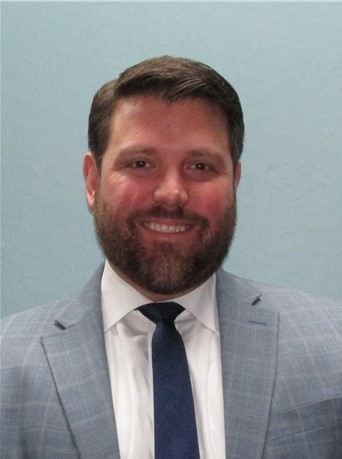 When I was notified of my selection as the American Nuclear Society’s Glenn T. Seaborg Congressional Science and Engineering Fellow shortly after last year’s ANS Annual Meeting, I knew I was about to embark on an exciting new adventure. Little did I know how eventful and unique it would be.

My experience started as it does for all ANS congressional fellows, with a two-week orientation in September 2019 that brought me together with 32 other congressional fellows from a range of professional societies. The orientation, facilitated by the American Association for the Advancement of Science (AAAS), also included over 200 AAAS fellows who are currently serving in executive branch agencies. Orientation was informative and proved to be a great way to get to know my fellow fellows.

The placement process began after orientation and was my first real glimpse into the exciting life of a congressional fellow. Matchmaking began with an evening reception. We were armed with position descriptions, and congressional staffers had our bios. This “speed dating” was our first opportunity to make connections, and it was followed by a packed week of interviews and half-mile sprints between House and Senate buildings. By the end of September most fellows were already working in their chosen offices. I was slated to join the staff of the Senate Committee on Environment and Public Works, but since the ANS fellowship starts in January, I had a few months to wait.

I got to work right after the new year. My primary responsibilities include oversight of the Nuclear Regulatory Commission and policy development to improve nuclear regulation. We had an oversight hearing to review the NRC’s implementation of the Nuclear Energy Innovation and Modernization Act (NEIMA) during my second week on the job, so on day one I was contributing to hearing preparations. In March, we held a hearing on the NRC’s budget request, which was followed one week later by a hearing to consider the nomination of two NRC commissioners.

Amid work on these hearings, I had the chance to sit in the Senate gallery and observe part of the third impeachment trial in U.S. history. Some might say that experience alone makes my time as a fellow unique. However, the year was about to take an even more unprecedented turn.

Just as I was settling in, everything got flipped upside-down. Friday the 13th of March marked my first day of a coronavirus-induced new normal. This was not the experience I had envisioned, but it has been a fairly straightforward transition. My wife and two-year-old daughter make great officemates. The extra time with them has been great. The lack of personal interaction with colleagues has had an impact, but the increase in webinars has actually enhanced information flow.

By this point in my fellowship, I had expected to be focusing on policy development. That work is under way, but the focus has shifted from licensing advanced reactors to ensuring the continued operation of nuclear power plants during the pandemic. Reliable nuclear energy is essential, especially during a time when hospitals, and even home offices, can’t afford to lose power. We’ve been in constant communication with the NRC and utilities to ensure the lights stay on. Several important steps have already been taken and others are being considered to mitigate the effects of the pandemic and re-energize the economy.

I’m not even halfway through the year, which includes an election in November, and I’ve already had multiple previous congressional fellows and others comment that my fellowship may be the most eventful in the history of the ANS congressional fellowship program. Even with the current challenges, this has been a truly memorable and worthwhile experience.

New and existing nuclear reactors are among our most powerful tools if we hope to make a meaningful contribution to climate change before 2050. We don’t have a lot of time to reduce...

The Department of Energy’s Office of Nuclear Energy has officially launched its $6 billion civil nuclear credit program, which is intended to support nuclear power reactors at risk of...

Reps. Mike Levin (D., Calif.) and Darrell Issa (R., Calif.) have reintroduced bipartisan legislation that would make the San Onofre nuclear power plant in Southern California one of the...

A bipartisan bill to ensure that U.S. universities are equipped to play a key role in supporting the deployment of advanced nuclear technology and applications has been passed by the House...

Matthew Marzano is beginning a year of service in Washington, D.C., as the 2022 Glenn T. Seaborg Congressional Science and Engineering Fellow, and he is excited about bringing his nuclear...