The 140th Carnival of Nuclear Energy 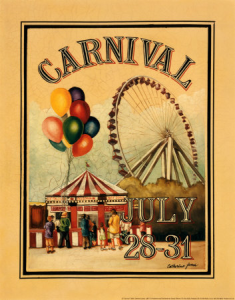 ANS Nuclear Cafe is proud to host the 140th edition of the Carnival of Nuclear Energy.  This feature rotates between a number of pro-nuclear blogs, presenting each week the top posts as selected by the contributing authors or webmasters.  This week has a wide selection of authors and topics - a clear indication of the breadth of the pro-nuclear blogging community's interests, involvement and commitment.

Correcting a journalist's excessive pessimism about US nuclear industry prospects

This post was inspired by an article published in a Tampa, Florida newspaper about the efforts by Duke Energy and FP&L to build new nuclear power stations in Florida. The writer believes that the projects will never happen and that it is thus wrong to be charging current customers for the preparatory work required to obtain the necessary licenses and permits. Rod Adams offers an insider's view of the industry's current situation.

Rod Adams interviewed Dr. Jerry Cuttler and Dr. A. David Rossin, two distinguished researchers about the health effects of low level radiation. Their research has led them to a different point of view about the Linear No-Threshold dose response assumption than the one that currently drives many regulations that govern the use of nuclear energy and radioactive material.

Irrational fear of radiation continues with respect to all Prefectures along the Tohoku coast and hinders the region's recovery from the 3/11/11 tsunami. The new Tokyo regime says they will "review" the energy policy of their predecessors. They should do the same with their forerunner's radiation standards.

All Aboard for the Neutron Express!  - NEI's Mark Flanagan takes a look at EDF's role in electrifying the UK's rail system.

Thanks, Patrick Moore - Dr. Patrick Moore, one of the co-founders of Greenpeace, decides to retire after six years as co-chair of the CASEnergy Coalition.

To Reprocess or Dispose? - A Look at Fuel Cycle Triage  -  Is reprocessing the backlog of spent nuclear fuel a viable fuel cycle strategy compared to direct disposal? An ORNL study has surprising conclusions.

DOE's spent fuel strategy: Not a bang but a whimper  -  The DOE released their response to the Blue Ribbon Commission report on recommendations for U.S. nuclear waste management policy. If there's one thing the DOE report doesn't lack for, it's a surplus of ambition - particularly for the proposed timescales for a new geologic disposal facility. 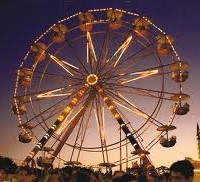 The Waste Isolation Pilot Plant   -  A brief look at where WIPP is situated, what it deals with, and how it focuses on "safety, quality and regulatory compliance."

FANC Postpones Decision on Doel, Tihange Reactor Vessels   -  Belgian nuclear regulator FANC has pushed back a decision on whether or not to allow a restart of the Doel-3 and Tihange-2 reactor plants.  Instead, it has requested more information and analysis from experts.

A proposal to lift a uranium mining ban will be on the legislative agenda in Virginia this year, having been recommended by the Virginia Coal and Energy Commission.  Virginia resident Rod Adams addresses the economic benefits, environmental benefits, and arguments pro and con.  Also see the op-ed letter with Andrea Jennetta to Virginia Democrats http://www.roanoke.com/editorials/commentary/wb/318854

Will Davis reviews 4 recent and important nuclear energy documentaries, in a veritable nuclear film extravaganza -- one of which premiered at Sundance this weekend, "Pandora's Promise".  Thumbs up?  Five stars?  Come see.

New Russian Submarine  -   Yury Dolgoruky is a new-generation nuclear-powered ballistic missile submarine built by Sevmash shipyard for the Russian Navy. Constructed as the lead-submarine of the Project 955 Borei Class, Yury Dolgoruky is the first submarine launched by Russia after the Soviet era. In May 2012, the Russian Ministry of Defence placed a contract for the delivery of five new Project 955A Borei Class nuclear submarines. The Russian Navy plans to acquire ten new Borei Class submarines by 2020. 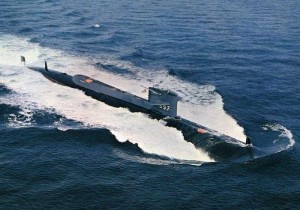 Newest design of US Navy submarine to incorporate silent drive, will not require refueling over life of ship - The heart of the planned ballistic missile Ohio Replacement (OR) program will be built around a drive that will not need to be refueled for the 50-year life of the boats and cuts out potentially noisy direct mechanical connection to the drive train. In other words, the Navy's next-gen subs could be almost silent, and keep running for a half-century straight. The Navy is developing an innovation that attempts to give 'OR' boomers the quietest nuclear engine yet by going to an electric drive.

That's it for this week's Carnival. Please spread the word about the Carnival on your site or through your favorite social media venue.