No Holiday from Politics

In Vermont, the Holiday Season did not slow the wave of actions and interest about energy in general and the Vermont Yankee nuclear power plant in particular. Vermont Yankee continues to run very well, and there have not been even any routine events for opponents to "crow" about. 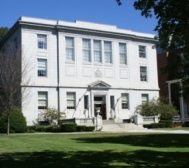 Intervenors filed suit in the Vermont Supreme Court, asking for Vermont Yankee to be shut down due to violation of a condition of the sales agreement (in 2002 from the Vermont Yankee Nuclear Power Corporation to Entergy Corporation). The sales stipulation states that the plant will not operate after the expiration of its Certificate of Public Good, unless the certificate is renewed.

Vermont's Public Service Board (PSB) is in charge of such certificates, and the plant certificate has not been renewed yet. The renewal process is underway, including two public meetings held in November. The final briefs are due to the PSB in August. The PSB will then issue its decision, although there is as yet no date set for that decision. The intervenor hopes that the Vermont Supreme Court will rule separately from the PSB, even while the PSB hearings are continuing.

Entergy won its suit in federal district court, but the state appealed (as did Entergy, on some aspects of the decision). The appeal is scheduled to be heard in the Second Circuit Court of Appeals in New York on January 14. The district court found that the State of Vermont acted illegally by preempting the exclusive federal jurisdiction over nuclear safety. The court issued an injunction forbidding the state from attempting to shut down the plant over any of the contested issues.

The intervenor's suit in Vermont Supreme Court is an attempt to find a loophole in that federal court ruling.

Entergy went back to the federal district court that found in its favor, asking that it issue an injunction forbidding the state from shutting down Vermont Yankee for any reason. The intervenors then filed an objection to the plant's request, again raising the issue of "state's rights".

The state Supreme Court is scheduled to hear the intervenor's case on January 16. It seems unlikely that state court will agree with the intervenors while there is a federal case in progress. The federal finding of illegal state action would seem to override provisions of the sales agreement.

The Public Service Board

The PBS has an open docket and a schedule for deciding on a Certificate of Public Good for Vermont Yankee's continued operation, and a request from the plant to install a new emergency generator.

On December 27, the PSB issued an order confirming that the Vermont Yankee plant is operating in violation of PSB orders, in terms of the sales agreement and the Certificate of Public Good for Dry Cask Storage. Included in the order was the statement that the PSB will appoint a hearing officer to examine the plant's request to install the additional emergency diesel generator.

This new generator is needed to replace the backup power now provided by the nearby Vernon Dam hydro station, which will no longer maintain a "black start" capability. The capability is being dropped based on a decision by ISO-New England, the grid operator, to change its black start capability from "bottom up, to top down".

Vermont Yankee is licensed to have the Vernon hydro station as backup for its two in-plant emergency diesel generators. The new diesel will maintain the licensing commitment when Vernon hydro is no longer considered to be qualified as a backup. The diesel may in the future satisfy Nuclear Regulatory Commission post-Fukushima requirements. Vermont Yankee was not designated as a plant to black start the grid. Nuclear power plants take many hours to start up, so are not candidates for reenergizing the grid. The first meeting on the new diesel will be January 17.

The PSB's order saying that Vermont Yankee is operating in violation of its orders included the requirement that the plant not use the fact that the PSB is having a hearing process on the request for a new diesel as "proof" that it approves of the plant's operation while the federal court process plays out. This seems to be legal maneuvering. The PSB has to say this to affirm its authority, but it must consider the request to approve the new diesel. If it doesn't consider this request, then it might be sued for de facto shutting down the plant, in violation of the intent of the federal court injunction. Along with this, the plant might have to study having backup diesel power that does not require PSB approval-perhaps trailer-mounted.

Also of note was ISO-New England's "delisting" Vermont Yankee as a facility needed for grid reliability, under their "degraded grid" scenarios. Utilities in the grid will bolster their infrastructure so that Vermont Yankee would not be needed in such scenarios. This was only prudent management, given the uncertainty of the plant continuing to operate beyond this past March. However, this provides fuel to plant opponents who have claimed that Vermont Yankee is not needed for Vermont or the New England grid. The counter argument is that Vermont Yankee displaces CO2-creating generation. Also, Vermont Yankee is insurance against a price-rise in natural gas since, as Meredith Angwin has reminded us in her Valley News Op-Ed, the sales agreement for the plant includes a revenue-sharing provision above a certain grid price.

The legislature and energy issues

The Vermont legislature will continue to want to lead the nation in a transition to "green energy." In the past, it has established conservation and efficiency programs, and enabled solar and wind installations. There is a Renewable Portfolio standard, feed-in tariffs, and tax credits to insure profitability.

Real dollar numbers are now coming in for solar and wind power, and they have garnered some attention. In addition, local residents of wind installations are objecting to their environmental impact.

Last year, Vermont's governor created a commission to review the state's process for approving power projects. A bill will be introduced in this year's legislature for a three-year moratorium on large wind projects.

Another bill will be introduced for a "Thermal Efficiency Tax". It would tax heating oil and propane to raise money to make inefficient buildings more efficient. One objection is that this tax would harm those least able to afford it.

A leading environmental writer has examined the lack of shad in the portion of the Connecticut River downstream of Vermont Yankee. It is concluded that the problem is due to the way the shad are routed through man-made channels. The Northfield pumped storage plant is between the dams, and is likely to be one of the culprits. This is in contrast to the plant opponents' claim that the plant's warm condenser discharge is solely responsible. The plant is also in the process of applying for an amended water quality permit.

The Brattleboro Reformer has a January 5 article summarizing the 2012 events in the struggle over Vermont Yankee's future. 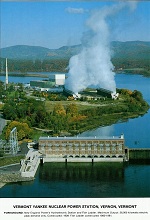 Vermont Yankee has continued to operate well, with not even minor routine events to give opponents "ammunition". In the meantime, some members of the legislature seem to have grasped that solar and wind power do have some impacts that give cause for objections.

There will be much legal activity in 2013 concerning Vermont Yankee, as discussed. I predict that the Circuit Court of Appeals decision will subsequently be appealed to the US Supreme Court, as occurred in the case of the Massachusetts suit against the NRC over the Seabrook plant's emergency plan years ago.

It will doubtless be a very interesting year.

Nuclear waste should not be used as an excuse for trying to shut down nuclear reactors, says radiation safety expert Andrew Karam in his recent article for the American Council on Science and...

Despite strong growth over the next two years, renewables such as hydropower, wind, and solar won’t keep up with the projected increase in global electricity demand in 2021 and 2022,...

The U.S. Department of Energy has announced $5.8 million in funding to develop three construction technologies that together can reduce the cost of new nuclear builds by more than 10 percent....

Dietmar Detering, a German entrepreneur and cochair of the advocacy organization Nuclear New York, believes nuclear energy could be the key to solving the climate crisis. He's part of a wave...

ANS held a panel discussion on Wednesday to look at where the United States energy system is headed in the next 15 years. The webinar, “What will a clean U.S. electric grid look like in...

Join ANS for the panel discussion, What will a clean U.S. electric grid look like in 2035? at 1:30 p.m. (EDT) on Wednesday. Register now for the free virtual event....

Atomic fission can provide all the world’s people with as much emission-free electricity as they need for prosperity, but the cost of nuclear energy has risen due to excessive regulations...