The draft SEIS meeting for disposition of surplus weapons plutonium in MOX fuel started out relatively smoothly-lots (and I mean lots) of pro-nuclear folks in the room; my initial estimates would put the pro-nuclear folks from the University of Tennessee and Chattannooga State University at over half the crowd present. No zombie sightings as of yet. 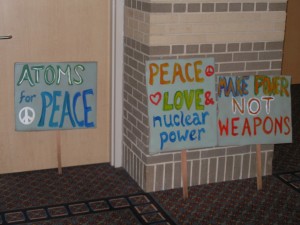 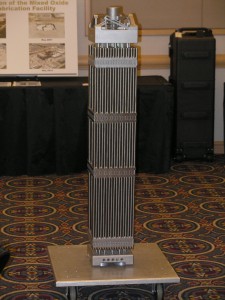 Laura Scheele of the American Nuclear Society is speaking now, presenting the official ANS position statement on disposition of surplus plutonium into MOX fuel, so that means the intermission is over...

The Nuclear Innovation Alliance (NIA) and the Partnership for Global Security (PGS) have released a joint report laying out a comprehensive strategy for U.S. leadership in the...

An expert panel will look back at the origins of the Nuclear Non-Proliferation Treaty (NPT) in an ANS webinar to be held on Monday, February 15, from 1 p.m. to 2:30 p.m. (EST). Register now...