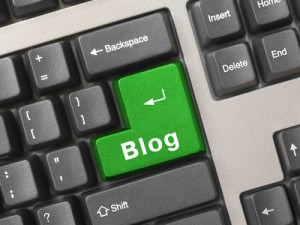 If you have a pro-nuclear energy blog and would like to host an edition of the carnival, please contact Brian Wang at Next Big Future to get on the rotation.

While Dr. Allison Macfarlane's hearing before the Senate Environment and Public Works Committee concluded this week (and to many experts, her confirmation appears to be a fait accompli), how she would actually lead the Commission remains anyone's guess. Steve Skutnik asks a few questions which would shed some light into how a Macfarlane-lead NRC might look.

Questions left on the hearing room floor - 1 of 2

Although Dr. Macfarlane has appeared before the Senate Committee - Margaret Harding still has a few questions she'd like answered:

Questions left on the hearing room floor - 2 of 2

Margaret Harding and CJ Milmoe teamed up to assess the status of the NRC for the incoming chair. Dr. Macfarlane, Are you listening?

The Court Decision on Spent Fuel and Vermont Yankee

Meredith Angwin of Yes Vermont Yankee reviews a recent legal ruling about spent fuel storage.  The court ruled that the NRC must re-evaluate on-site fuel storage for the case that a central long-term repository may not be built.  The court ruling requires a generic (not site-specific) evaluation, and it adds further pressure for a central repository. It has very little immediate effect on power plant operations or licensing  Celebration of the ruling by Vermont Yankee opponents is premature, to say the least.

Southern contends with costs at Vogtle

Southern Co. through its subsidiary Georgia Power, together with its equity partners, is in negotiations with the consortium of Westinghouse and The Shaw Group over $400 million in costs attributed to schedule delays, design changes, and construction change orders for the twin 1,100 MW AP1000 reactors being built at its Vogtle site.

What has been characterized as a cost overrun in the mainstream news media is in fact a major vendor dispute and a headache for all concerned.

Sowing the seeds of curiosity

"Really good teachers do more than just teach -- they sow the seeds of curiosity."  Suzy Hobbs Baker tells the story of how four pronuclear environmentalists presented their scientifically based reasons for supporting nuclear energy in Australia.  Nuclear energy professionals, advocates, and communicators can learn a few things from these pronuclear environmentalists -- and Hobbs Baker's former science teacher Mrs. Smith -- about how sharing an enthusiasm for science can cultivate genuine curiosity and interest in the subject of nuclear power.

A brief introduction to Water Hammer

Following inside speculation for some months that water hammer may have played a part in some of the leakage at Fukushima Daiichi, APR provides a brief introduction to the concept and a historical perspective on how past ANS President A. David Rossin first became familiar with this phenomenon during work on the ALPR / SL-1 project.

The United States is becoming dependent on foreign research institutions because of very little investment in nuclear energy technologies and vast infrastructure has been laid to waste. The United States increasingly relies on these arrangements  to conduct basic research. The Republic of Korea is the recognized leader in R&D on a promising fuel recycling technology called, pyroprocessing.  Bi-lateral nuclear energy negotiations are now underway.

Mark Peters, on behalf of the American Nuclear Society, June 6, 2012, testified in support of fuel cycle research and the status of advanced fast reactor technology in the United States.

The USA-CARGO blog maintains a repository of information about the Fast Flux Test Facility.  The FFTF is a 400 MWt sodium-cooled fast reactor located on the Hanford Site in Washington State and is currently deactivated under surveillance and maintenance.

Nothing hasty about Japan's decision to restart its nuclear reactors

Oi 3 & 4 restarts...a hasty decision? There is nothing hasty about it. The nukes at Oi suffered no damage due to the 3/11/11 quake/tsunami. Both units were capable of safe, clean operation more than a year ago. The earthquake resistance "stress tests" for both units have long been passed with flying colors.

All mandated safety upgrades have been made. Any rational observer would conclude the resumption of nuclear power in Japan is warranted and long overdue. Pie-in-the-sky alternative energy proponents and the prophets of nuclear energy doom around the world want all the Japanese nukes to remain shuttered and force Japan into becoming a guinea pig for their grand experiment with people's lives.

Without the Oi power plants operating, the summer heat throughout the Kansai region would cause people to literally cook in the discomfort of their own, unlit homes.

There is a big shift from coal to natural gas power in the USA because of  fracking and cheap natural gas.

Niger's uranium production was expected to double to around 9,000 tonnes a year (2015) from around 4,000 tonnes currently, thanks to the construction of a new mine, Imouraren, which is expected to come on line in 2014.

There is a trend towards improvement in air quality in Chinese cities.

- They are updating boilers and using low sulfur coal.

- They are moving industry away from major cities

- They are setting up coal free regions in cities

- They have set up construction site dust control

- They are improving and increasing emission standards for power plants and vehicles.