In recent days, a number of articles have been printed that assert that a grave danger exists at the Fukushima Daiichi nuclear generating station. These articles claim that this danger exists due to the condition of the spent nuclear fuel at the site and the supposedly shaky condition of its storage and care. Two examples:

"The Fukushima Nuclear Disaster Is Far From Over" by Robert Alvarez

These articles are highly deceptive. The occurrence of a cataclysmic release of radioactive material as surmised is hinged upon the occurrence of so many statistically impossible events that it is certain to be a practical impossibility. Since the assertions continue to gain a wider audience, however, it is necessary to examine them and make a realistic assessment of their likelihood.

Assertion 1: The spent fuel pools, particularly at Fukushima Daiichi No. 4 plant (1F-4), are liable to collapse

"At 11:04 pm on April 1, a 5.9-magnitude earthquake centered in the coast of Fukushima Prefecture occurred. Hama-dori of Fukusihma Prefecture registered intensity 5 lower on the Japanese seismic (intensity) scale of 7. No abnormalities were detected at facilities for water injection into the reactors, nitrogen gas injection, cooling of spent fuel pool, and the treatment of highly contaminated water at Fukushima Daiichi Nuclear Power Station. They all operate normally after the quake. As for the degree of the shake of the reactor buildings, Unit 6's reactor building's foundation registered 40.7 gal in horizontal direction and 19.4 gal in vertical direction.

We, TEPCO, evaluate earthquake-proof safety by developing Design Basis Earthquake Ground Motion Ss as large-scale quake which would possibly occur in future. For example, the degree of shake of Unit 6's reactor building's foundation against the Design Basis Earthquake Ground Motion is 448 gal in horizontal direction and 415 gal in vertical direction (which is around 10 times large in horizontal way and around 20 times large in vertical way compared with the quake occurred on April 1, 2012). We assess that the level of this Design Basis Earthquake Ground Motion is almost same as the one recorded for the Tohoku-Pacific Ocean Earthquake. Based on the Motion, we simulated the damaged situation of the current reactor buildings of Unit 1 to 4, having implemented quake response analysis for the reactor buildings as well as equipments and pipes which are important in terms of safety. As a result, we confirmed that there are no negative signal, such as shear/twist of quake-proof walls of buildings, the fact that the stress of facilities/piping lowers the standard value, and the fact that buildings collapse and facilities/ piping lose their functions."

NUREG /CR-4982, "Severe Accidents in Spent Fuel Pools in support of Generic Safety Issue 82," Brookhaven National Laboratory, indicates that the likelihood of seismically induced spent fuel pool failure may be as low as 1 X 10-10 occurrences per reactor year, which is a statistically insignificant rate of occurrence.

From the above, it can easily be ascertained that further seismic damage to the buildings is not likely. It should be added that TEPCO is continuing to remove material (both debris and structural material) from the upper levels of the damaged reactor buildings-further reducing their mass, and the amount of mass at higher levels that could induce larger swaying moment. Thus, seismically induced collapse of the reactor buildings (as asserted in various articles penned by activists) is very unlikely. Assertion 1: False

Assertion 2: The spent fuel pool at 1F-4 is in particularly dire structural condition

TEPCO has continuously monitored the 1F-4 building for damage (having no damaged reactor in the building, it is the most widely accessible among 1F-1 through 1F-4, and thus most easily examined). TEPCO has also constructed, as a result of structural studies performed on the building, a steel-reinforced concrete support beneath the spent fuel pool at this plant. Photos are available at TEPCO "Completion of Installation of Supporting Structure..." 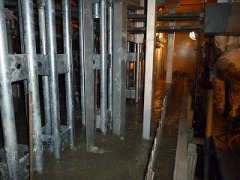 Assertion 3: The spent fuel in these plants' spent fuel pools could ignite, leading to a massive radiological release

This assertion is patently false. First, it is important to understand that in order for the fuel to ignite, it has to get hot-and in its present condition, submerged in spent fuel pools with redundant cooling systems and filtration systems, constant remote temperature monitoring, backup generating and pumping systems in mobile units in place (on standby), and high reach concrete pump trucks on site (if necessary), there is no chance of the fuel heating up in any significant way while it is in the pools in the buildings.

We've seen already that it's unlikely that the buildings would be damaged in a quake-and we can surmise, given the manpower and equipment on site, that even if any sort of equipment leak or malfunction temporarily suspended cooling for the spent fuel, that malfunction would be quickly detected and fixed. So, it's just not likely at all that the fuel would even begin to get noticeably hot in the spent fuel pools as-is now. Temperatures of the water in the spent fuel pools is currently in the ~30 °C and under range.

In order for apocalyptic assertions of a "fuel clad ignition and fire" to occur, moreover, the clad itself would need to be heated to incredible temperatures, which just isn't possible. Ignition of the cladding (Zircalloy-2) on those fuel elements can occur roughly at 900 ºC in the proper conditions, but it's important to note that, depending on the surrounding conditions (presence or absence of water vapor and oxygen content of the surroundings), the material may not ignite at that temperature anyway. From NUREG /CR-4982:

An online video shows Zirc-2 tube being heated with a blow torch (probably over 2000 ºC) and not catching fire. In point of fact, while the chemistry of rapid oxidation /combustion of Zirc cladding is complex, it just would not be possible under the conditions at the site. Further, even under the wild assumption that the buildings somehow collapsed, all of the other resources on site, and remotely off site, are still available to move in and provide cooling for the fuel.

In addition, the rate of heatup of the fuel depends on how long it's been out of a reactor. According to NUREG /CR-4982, unless the spent fuel is recently discharged from an operating reactor (within 180 days), ignition of the clad is completely impossible in any situation, regardless. Experts have calculated that the heat output presently from the hottest of the spent fuel is only on the order of several hundred watts per element-a very insignificant amount in comparison to heating the material to between 900 ºC-2000 ºC in order to ignite it.

In addition, in order for a "cataclysmic" spread of the radionuclides contained in this spent fuel to occur, we can see that a massive fire is needed to both release the material and provide a driving head (or "loft") to spread it to the winds. It's clear that no such fire is possible, given the above information. The assertions simply fall apart.  Assertion 3: False

In fact, all three assertions, as we've seen, fall apart at every turn-there's no basis to assertions of shaky buildings, or a structurally failed 1F-4 plant, or the chance of zircalloy cladding fire, or billowing of the released material to the entire earth. Realistic, practical analysis, performed by personnel on site (TEPCO/NISA), nuclear professionals here in the United States with decades of experience in both theory and practice, and official peer-reviewed studies and documents (e.g., NUREG /CR-4982) show that the predictions of apocalypse being spread now are just as unlikely to occur as those predictions of apocalypse that were made then at the time of the accident. 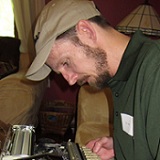 Will Davis is the author of the nuclear energy blog "Atomic Power Review," and is a member of the American Nuclear Society.  A former US Navy reactor operator, Davis finds his calling to be presenting the public with information about nuclear energy technology and its history.