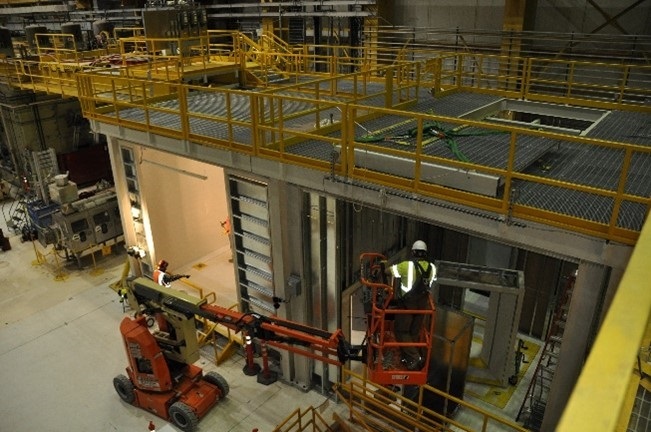 A subcontractor has been selected to continue making modifications to a Hanford facility to transfer nearly 2,000 highly radioactive capsules to safer interim dry storage.

Apollo will modify the WESF and install equipment needed to transfer the radioactive capsules from a water-filled basin to safer interim dry storage. In the 1970s, to reduce the temperature of the waste inside Hanford’s waste tanks, cesium and strontium were removed from the tanks and moved to the WESF. The DOE expects that the transfer of the capsules to dry storage will be completed by 2025.

“While the 1,936 cesium and strontium capsules are currently in safe storage, WESF is an aging facility,” said Gary Pyles, project manager for the DOE’s Richland Operations Office. “Moving the capsules will enable the planned deactivation of WESF and will reduce the risk and significantly reduce the annual costs for storing the capsules.”