The plant dodges another bullet at least for now 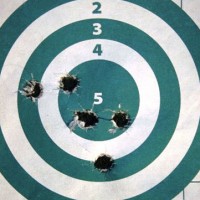 Federal District Court Judge J. Garvan Murtha ordered on Monday, March 19, that the Vermont Public Service Board (PSB) cannot use the issue of spent nuclear fuel as a mechanism to deny a certificate of public good to the 40-year-old Vermont Yankee nuclear power plant.

Murtha wrote that the PSB cannot prevent the plant, owned and operated by Entergy (NYSE:ETR), from continuing to operate because of the necessity of continuing to store its current inventory and new spent fuel.

Last January, Murtha ruled that the State of Vermont's legal efforts to shut down the plant were improperly driven by issues involving nuclear safety. He said that state law in this area is preempted by federal law and that regulation of nuclear reactor safety is the province of the federal government.

On February 27, Entergy filed an appeal of the ruling claiming that the PSB should not be able to stop Vermont Yankee from operating over the spent fuel issue. The judge concurred with the appeal saying that any effort to do so by the PSB would fall under the umbrella of nuclear safety regulation and was outside the jurisdiction of the state agency. 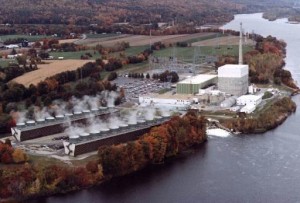 Murtha wrote that any act by the PSB to deny Entergy the authority to store new spent fuel on-site would force the reactor to shut down, thus slamming the door shut on revenue for Entergy and with it the loss of the workforce without the possibility of recovery.

The key part of the judge's ruling this week is that Entergy can continue to operate past March 21 while its petition for a certificate of public good is pending before the PSB. He pushed back on Entergy's request to set aside the requirement to have one at all.

The PSB told the Vermont news media that it would allow continued operation of Vermont Yankee for the time being, not because it agreed with the reactor operator's issues, but because the federal court gave it no choice. It is not clear when the PSB will complete its work. One possible outcome is that it will wait until the 2nd U.S. Court of Appeals rules on the State of Vermont's legal action in response to Judge Murtha's ruling last January.

Legal experts say that the twin legal processes, an appeal by the State of Vermont to Judge Murtha's January ruling, and the PSB's deliberations are likely to take some time to work themselves out. In the meantime, the reactor will continue to operate, which shows that Entergy's big bet to complete a fuel outage in 2011 is likely to pay off.

Separately, anti-nuclear activists say that they are planning protest demonstrations in Vermont, which may involve civil disobedience at the reactor plant's front gate. A pro-nuclear demonstration last week brought out about 70 people.