A recent Reuters news article describes how New York State will require a reduction in cooling water intake for power plants and other industrial facilities, to reduce fish kills by 90 percent. The article goes on to say that the state is planning to use this rule to force the Indian Point nuclear power plant to install a $2-billion closed-cycle cooling system.

Some, including the plant owner (Entergy), argue that such a cooling system (which would probably involve large cooling towers) would be impractical or too expensive, and would result in the plant's closure instead. The plant owner also doubts that the state would even grant the permits to build the cooling towers, if it decided to try to keep the plant open.

Since the current state government, including Gov. Andrew Cuomo, have made it clear that they intend to close the plant (primarily for reasons unrelated to water intake), it is clear to many that this rule is being used as an avenue to get the plant closed, and not to get cooling towers installed.

If one assumes that this rule will lead to Indian Point's closure, one must ask if the environmental benefit of the reduced water intake would offset the negative environmental impact of closing a large nuclear plant, and replacing its output with fossil fuel generation (i.e., increased air pollution and carbon dioxide emissions, not to mention increased power costs). It's almost as if the New York environmental agency promulgating this rule is choosing not to look at the broader picture.

Fossil plants given a pass 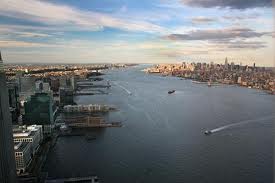 Actually, the situation is far worse, and more brazen, than that. The Reuters article goes on to state that the state environmental agency is planning to be "flexible", and allow several fossil power plants on the Hudson River to modify their open-cycle cooling systems, instead of requiring the installation of a closed-cycle system. The article does not mention any facilities other than Indian Point for which a closed-cycle cooling system will be insisted upon.

Presumably, these alternative approaches would be more practical and far less expensive. Whether these alternatives would achieve the same result (i.e., a 90-percent reduction in fish kill) is not made clear in the article. I'm guessing not. Otherwise, why can't Indian Point do that? In fact, the state has rejected alternative methods (such as mesh screens) that have been proposed by Indian Point.

Two quotes from the article give the state's rationale:

The [New York Department of Environmental Conservation] said it would be flexible because it recognizes that all existing facilities may not be able [to] install a closed-cycle cooling system like the one the state wants at Indian Point.

Closed-cycle cooling is not always an available technology for existing facilities as issues of space availability and compatibility of new technology with the facility's original design frequently make it infeasible to implement.

Suffice it to say that I'm unconvinced. There are no fundamental reasons why an independent ultimate heat sink system couldn't be hooked up to any thermal power plant. Expensive, yes. Technically impossible, no.

You would think that the state would be even less flexible (not more flexible) with old fossil plants, since their closure would have additional environmental benefits (on top of the benefits to fish), whereas closing a nuclear plant would have significant negative environmental (and economic) impacts that more than offset any aquatic benefits.

The article itself makes clear the real reason why the state is being inflexible only with Indian Point:

To summarize, New York State passes a tough requirement on power plant water intake that has a stated purpose to protect fish. The state then largely shields the fossil power plants on the Hudson from the law's impact, but is completely inflexible with Indian Point, requiring the maximum cost response.

As is made pretty clear in the linked article, the state is deliberately being inflexible with Indian Point, because it wants the plant closed. Its reason for wanting it closed, however, has nothing to do with fish, or the river (an important point). Thus, the state is using a requirement intended to protect fish as a vehicle to close Indian Point, for reasons that have nothing to do with fish. The state is also deliberately choosing to apply the law unevenly and arbitrarily.

In other words, this is a clear example of discrimination against a specific party (Indian Point), through the unequal application of laws. I'm not a legal scholar, but my impression is that this would (or should) be a violation of the equal protection clause of the U.S. Constitution.

The equal protection clause is discussed here. A key excerpt is shown below:

...nor deny to any person within its jurisdiction the equal protection of the laws.

Examination of the clause's language, history, and application makes it pretty clear (admittedly) that it is focused on individuals, or groups/classes of individuals, as opposed to something like an industrial facility. Perhaps the plant owners could claim status as an affected group of individuals, even though they are a corporation. The tragedy here is that since the benefits of the plant are primarily societal, the plant may not be able to claim protection under the clause.

In any event, it seems clear to me that deliberately applying a law unequally, to serve an objective that has nothing to do with the subject or scope of the law in question, should be illegal or unconstitutional, for one reason or another. The article mentions further legal proceedings that will cover these water permit issues. Perhaps some of the issues I discuss above will be raised at these proceedings.