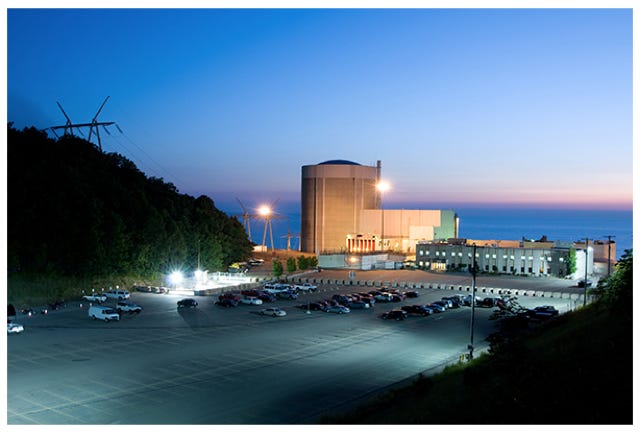 “The repowering of Palisades is of vital importance to Michigan’s clean energy future,” Holtec said. “As Michigan transitions from fossil fuel generation to renewables and emerging advanced technologies, baseload nuclear generation is an essential backstop. Based on the supportive feedback we have received, Holtec will be reapplying for the next round of funding through the U.S. Department of Energy’s Civil Nuclear Credit [CNC] Program to support the repowering of Palisades. This decision to reapply is one that we did not take lightly, but the support of the State of Michigan, local officials, and key stakeholders—who recognize the significant benefit in providing a safe, reliable, carbon-free power source, as well as providing a significant economic impact through good-paying jobs and the use of many local goods and services—leads us to believe this is the best path forward for the facility and our state.”

Context: Palisades’ 777-MWe pressurized water reactor was removed from service on May 20 by Entergy, then owner and operator of the facility, 11 days prior to its scheduled May 31 retirement date. (In a press release, Entergy said that control room operators had “made the conservative decision to shut down the plant early due to the performance of a control rod drive seal.”)

Holtec completed its acquisition of the site in June with a company subsidiary, Holtec Decommissioning International, serving as license holder and prime decommissioning contractor. The following month, however, in an attempt to revive operations at the plant, Holtec submitted an application to participate in the initial round of CNC funding.

The effort was backed by Michigan Gov. Gretchen Whitmer, who in September wrote to secretary of energy Jennifer Granholm, stating, “With your support, Holtec plans to repower and reopen the Palisades, a union plant in southwest Michigan that employs 600 workers making an average of $117,845; supports over 1,100 regional jobs; generates $363 million in annual regional economic development; and produces more than 800 megawatts of reliable, clean power. Keeping Palisades open is critical for Michigan’s competitiveness and future economic development opportunities.”

In November, the DOE deemed California’s Diablo Canyon eligible for the initial round of funding under the CNC Program but rejected the Palisades application. The department expects to launch the second CNC award cycle next month.