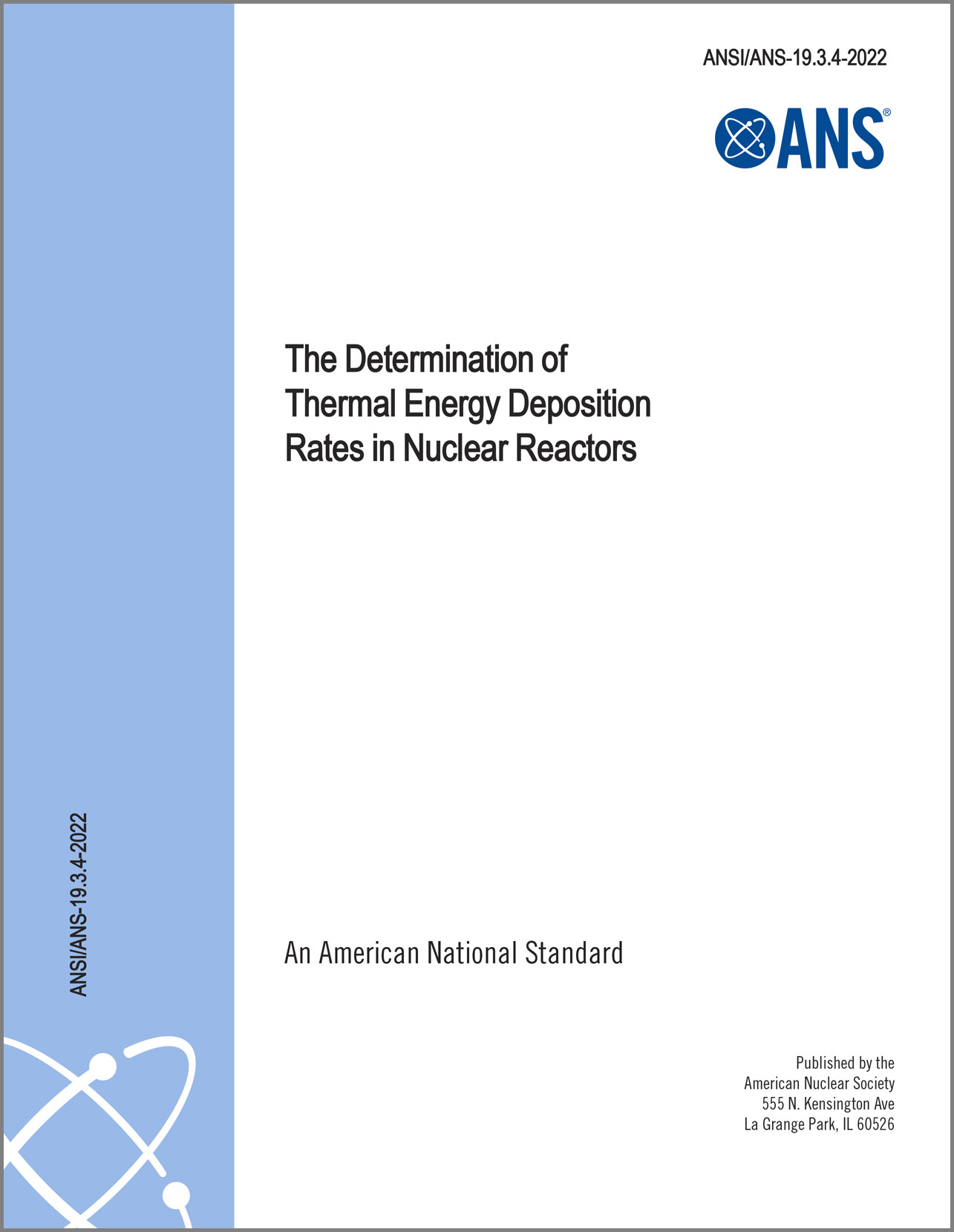 Scope: This standard provides criteria for the following:

Determination of the energy allocation among the principal particles and photons produced in fission, both prompt and delayed.

Adoption of appropriate treatment of heavy charged particle and electron slowing down in matter.

Determination of the spatial energy deposition rates resulting from the interactions of neutrons with matter.

Calculation of the spatial energy deposition rates resulting from the various interactions of photons with matter.

Presentation of the results of such computations, including verification of accuracy and specification of uncertainty.

The standard addresses the energy generation and deposition rates for all types of nuclear reactors where the neutron reaction rate distribution and photon and beta emitter distributions are known. Its scope is limited to the reactor core, including blanket zones, control elements and core internals, pressure vessel, and the thermal and biological shielding.

ANS and ANSI have published the following new standard, which is available for purchase in the ANS Store:ANSI/ANS-8.7-2022, Nuclear Criticality Safety in the Storage of Fissile Materials...

With the aim of contributing to the United Kingdom’s effort to reach net-zero carbon emissions by 2050, the UK Hydrogen and Fuel Cell Association (UK HFCA) has launched the Nuclear Enabled...

Probabilistic risk assessment is a systematic methodology for evaluating risks associated with a complex engineered technology such as nuclear energy. PRA risk is defined in terms of possible...

The Department of Energy is asking for input on an Energy Storage Grand Challenge (ESGC) Draft Roadmap and Request for Information (RFI) and recently extended the response deadline to August...