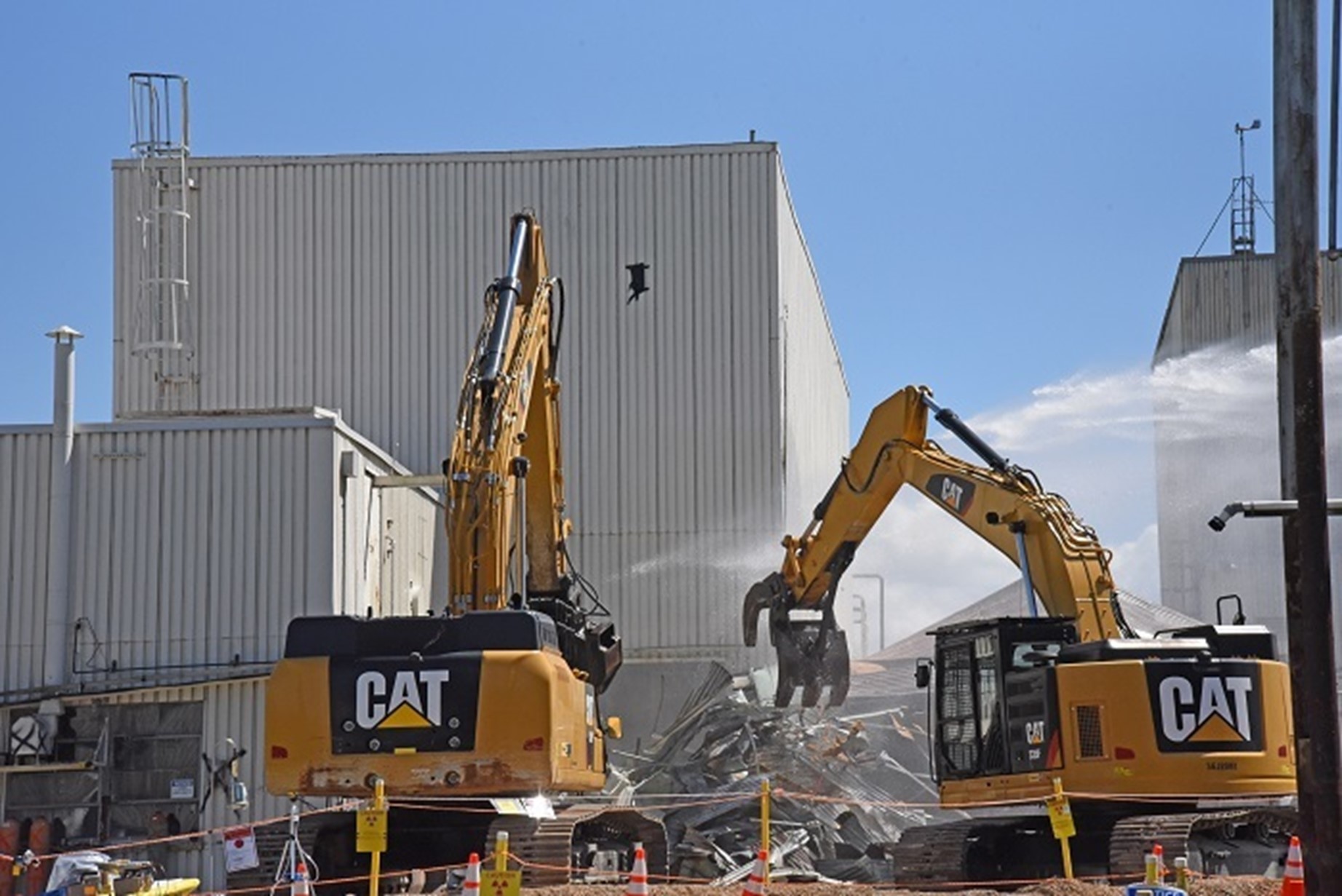 An aerial view of the central campus area at Oak Ridge National Laboratory that the DOE will be transforming in the months ahead. Demolition has begun on Building 3010 (front right) and will be followed by Building 3005 (back right) later this year. Crews are also conducting cleanup projects in Building 3042 (left). (Photo: DOE)

Pre-demolition: “A great deal of prep work was necessary to ensure this facility could be demolished safely,” said Dan Macias, UCOR site integration and cleanup manager. “As with all cleanup work we do, safety is the top priority, and crews have been working diligently during the past few years to eliminate hazards and ensure successful demolition of the reactor facility.”

An important pre-demolition activity was removing and disposing of the irradiated components from the reactor pool. Once those components were removed, workers drained the 130,000 gallons of the water from the pool and sent it to an onsite treatment facility. The pool area was then decontaminated and filled with a concrete mixture.

In addition to stabilizing the reactor pool, workers removed various wastes as well as asbestos from the facility.

History: The Bulk Shielding Reactor complex was built in the 1950s for radiation shielding studies as part of the federal Aircraft Nuclear Propulsion Program. It included a 27-foot-deep reactor pool filled with water to shield the radioactive components contained in the pool. Its mission changed to being a general-purpose research reactor in 1963; the facility was shut down permanently in 1991.

Crews will complete demolition on the facility this year before moving on to the teardown of the nearby Low Intensity Test Reactor, known as Building 3005.