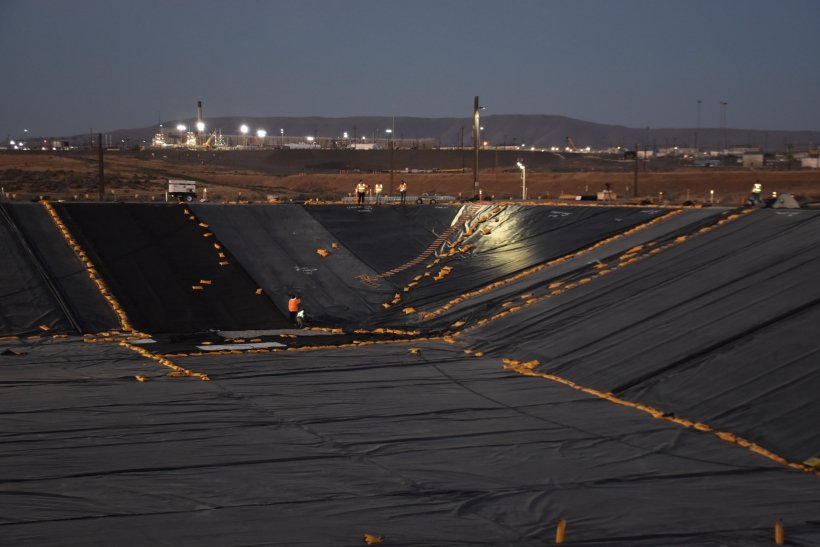 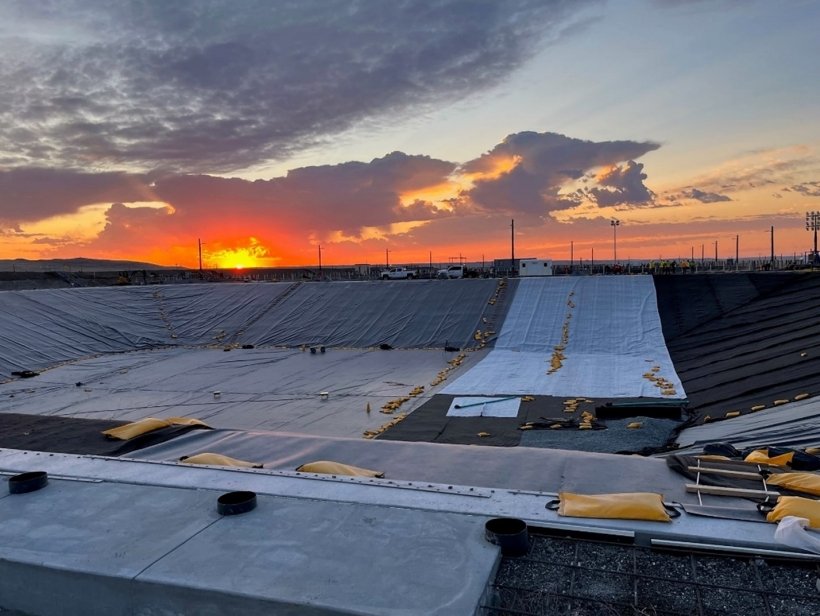 LERF Basin 41 is one of four basins, each capable of holding nearly 8 million gallons of wastewater. (Photo: DOE)

Its purpose: LERF stores wastewater generated from several of the Hanford Site’s sources, including the 242-A Evaporator, which evaporates water from tank waste, solid waste disposal facilities, and various site cleanup activities. The wastewater is eventually processed through the Effluent Treatment Facility, and the treated water is sent to Hanford’s state-approved land disposal site.

Specs: The fourth basin will add capacity to support treating additional wastewater generated when tank waste treatment begins, according to the DOE. Each basin is about the length of a football field and nearly twice as wide, and can hold about 8 million gallons of wastewater.

“The LERF basins are an essential part of the Direct-Feed Low-Activity Waste Program to treat tank waste,” said Bibek Tamang, LERF program manager for the DOE. “Once started, the Waste Treatment and Immobilization Plant is expected to transfer an estimated 4.5 million gallons of wastewater a year to LERF, while the Integrated Disposal Facility will add another 1.3 million gallons annually.”

The bottom of the basin has multiple liners on top of drainage gravel. Crews are installing a floating cover, which is resistant to chemicals, contamination, temperature extremes, and ultraviolet light. Once the cover is in place, hardware will be installed around the perimeter to allow the cover to move as it floats on the surface of the stored wastewater.

He said it: “We understand the important role the LERF basins play in the tank waste treatment mission, and it gives the workforce great pride to safely deliver this project,” said Scott Anderson, WRPS project manager.

Construction and operational testing will follow completion of fieldwork on the new basin this fall.