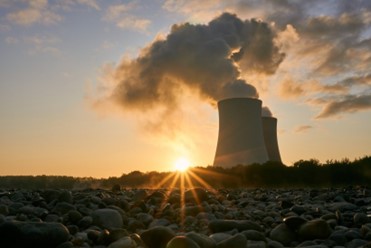 Ninety-one percent of residents living near U.S. nuclear power plants have a favorable impression of those plants, according to Bisconti Research’s ninth biennial survey. In addition, 88 percent of those residents have positive opinions of nuclear energy in general, and 78 percent would support the addition of a new reactor at their neighboring plant—a number that increases to 86 percent if the new reactor is a small modular reactor.

Survey methods: The June 2022 survey, which was sponsored by the Nuclear Energy Institute and conducted jointly by Bisconti Research and Quest Mindshare, included 910 individuals who live year-round within a 10-mile radius of an operating nuclear power plant, with the survey sample encompassing almost all such plants in the United States. Households with people who work at nuclear plants were excluded to avoid bias.

Liking the local plant: The high percentage of positive responses is similar to previous Bisconti surveys conducted from 2005 to 2017 (only the year 202 was an outlier, with just 72 percent of respondents reporting favorable views). Among the 91 percent of respondents with a positive view of their neighboring plants in this year’s survey, 52 percent described their impression as “very favorable.”

Also in keeping with previous years, the 2022 survey found that the demographic groups most likely to have strong favorable opinions toward their local nuclear plant are men, college graduates, older people, Republicans, conservatives, and (in the surveys since 2017) people who voted for Donald Trump for president. In the 2022 survey, only 3 percent of self-described liberals, 2 percent of women, and 1 percent of Democrats and Biden voters are strongly unfavorable toward their local plant.

Of those surveyed, 83 percent rate the safety of the local plant from 5 to 7 on a 1-to-7 scale, with 1 as “very unsafe” and 7 as “very safe.” Ninety-three percent of respondents express confidence that the operator of their local plant has the ability to operate it safely, with 52 percent expressing strong confidence.

Neighbors vs. the general public: The 88-percent favorable view of nuclear energy among plant neighbors in the United States compares with a 77-percent favorable opinion among the public in general. Among plant neighbors, 96 percent believe that nuclear energy will be “important . . . in meeting the nation’s electricity needs in the years ahead.” By contrast, 86 percent of the general public in the United States hold this opinion.

New reactors: The survey respondents’ 78-percent support rating for new reactors at existing local plants indicates, according to Bisconti, that “siting new reactors may not be as difficult as some commentators imagine.” Support for a new reactor at their neighboring plant increased to 86 percent for SMRs, based on the survey’s explanation of SMR technology as “a new advanced alternative for supplying electricity.”

More education needed: The survey revealed that, despite their support for nuclear power, only 28 percent of plant neighbors feel very well informed about nuclear energy. Forty-six percent feel somewhat well informed, and 26 percent feel not informed. Bisconti noted that these results may reflect the closing of energy education centers by nuclear plants during the past two decades.