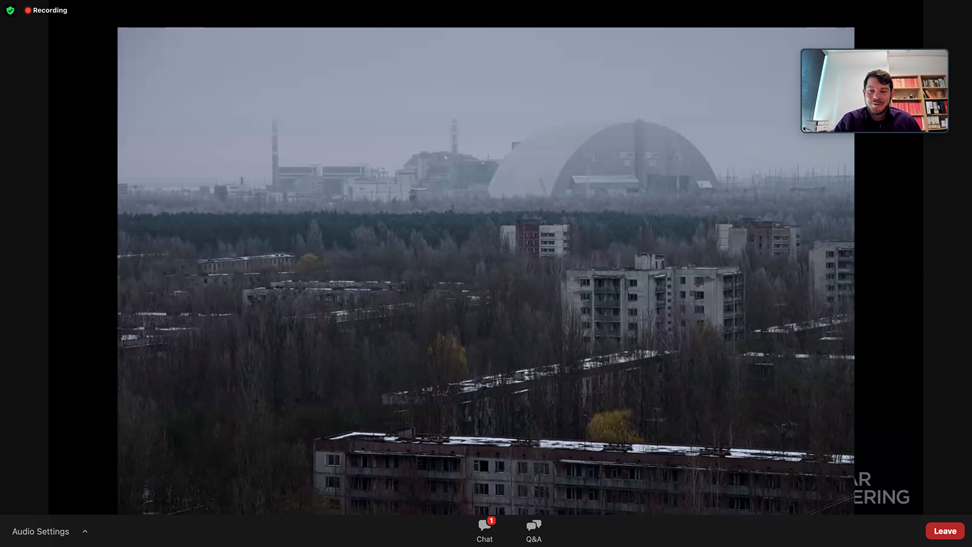 In the wake of Russia’s takeover and subsequent withdrawal from the Chernobyl plant site, the webinar, held on April 26, offered a chance for those too young to remember (or who weren’t even born yet) to learn about the history of what is considered the world’s worst nuclear accident and to sort fact from fiction.

Perfetti said that one of the primary goals of the webinar was to enable younger nuclear professionals to talk with friends and family about the accident and answer any questions they may have concerning today’s nuclear power plants. “It is very important for us all to be able to answer these questions and to communicate in a way that is empathetic and approachable about the Chernobyl disaster and about general concerns about nuclear power,” he said.

Reactor design: Perfetti began by explaining some of the unique features of the RBMK-type nuclear reactor and the pros and cons of the design. One of the greatest benefits of the reactor design, he said, was its use of pressure tubes, which allowed fuel assemblies to be moved in and out of the reactor while in operation.

In detailing some of the RBMK’s flaws, Perfetti noted that the reactor did not have a containment structure. Another flaw was that the reactor was cooled by water but moderated by graphite, making it over-moderated and giving it a positive void coefficient. “This is not a safe design feature,” he said, adding that reactors in the United States are not allowed to have a positive void coefficient.

Perfetti said that because of the safety design features and containment structures that are required for U.S. reactors, a Chernobyl-like accident is not possible in the United States.

The safety test: Providing a timeline of the accident at Chernobyl, Perfetti said that it started, ironically enough, with a safety test. Using the plant’s Unit 4 reactor, the test was meant to determine whether residual energy from the steam turbine could be used to power coolant pumps before the backup diesel generators kicked in.

Perfetti noted that the test was initially scheduled for the day shift on April 25, 1986, as part of a planned shutdown of Unit 4. A high demand for electricity, however, caused the grid operator to request that the reactor maintain power, causing the test to be postponed. The test didn’t begin until just before midnight on the 25th, with an inexperienced operating crew.

Human cost: Perfetti noted that the number of deaths directly related to the accident was 57. A study conducted by the International Atomic Energy Association estimated that there were an additional 4,000 deaths caused by the radiological release. Perfetti said this study is more trustworthy than similar ones conducted by the Union of Concern Scientists, which estimated around 27,000 indirect deaths, and Greenpeace, which estimated between 93,000 and 200,000 deaths.

Putting that number into perspective, Perfetti said that coal-fired power plants are responsible for the deaths of around 7,500 to 30,000 people in the United States every year. “That’s at least two Chernobyls every year,” he said, adding that coal plants also release large amounts of uranium and thorium.

Russian soldiers: During the webinar’s question-and-answer portion, Perfetti was asked if reports about the radiological effects on the Russian soldiers who occupied the Chernobyl Exclusion Zone were legitimate. “It is plausible,” he said, noting that radioactive debris was strewn around the site, and there are still areas that are significantly radioactive.

Perfetti shared images of a radiation monitor showing levels of radioactivity well above background, including a spot reading 176 mSv/hour. He also noted that in the absence of humans, wildlife is flourishing in the Chernobyl Exclusion Zone.

Speaking on June 13 at the opening plenary of the 2022 American Nuclear Society Annual Meeting in Anaheim, Calif., Ted Nordhaus, founder and executive director of The Breakthrough Institute,... 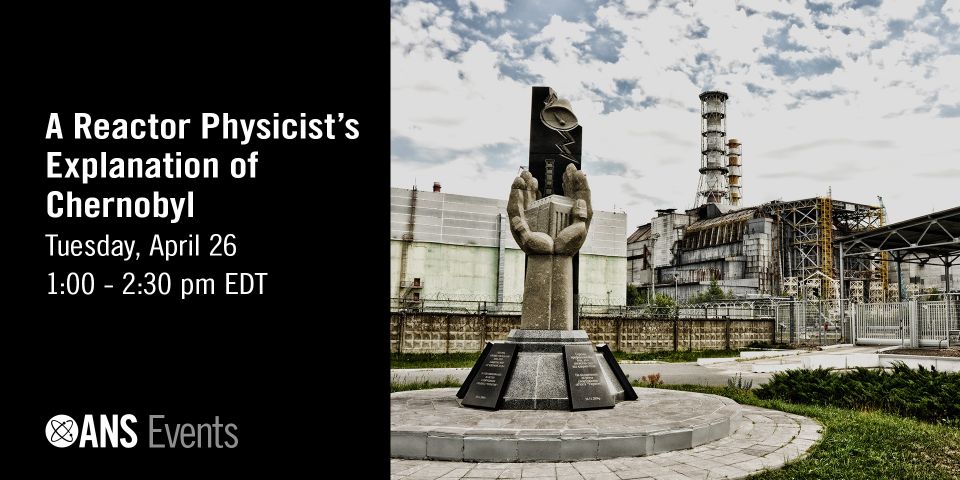