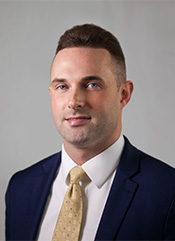 Other topics: Wallis and Starkey packed a lot into a relatively short time. Much of the conversation dealt with topics surrounding waste management and radiation—a pair of nuclear’s biggest obstacles in winning over the general public. The two also discussed nuclear’s role in the Biden administration, including its inclusion in a section of the Build Back Better initiative.

In addition, Starkey mentioned the CLEAN Future Act, a provision of which includes the Department of Energy entering at least one long-term power purchase agreement with an advanced nuclear reactor.