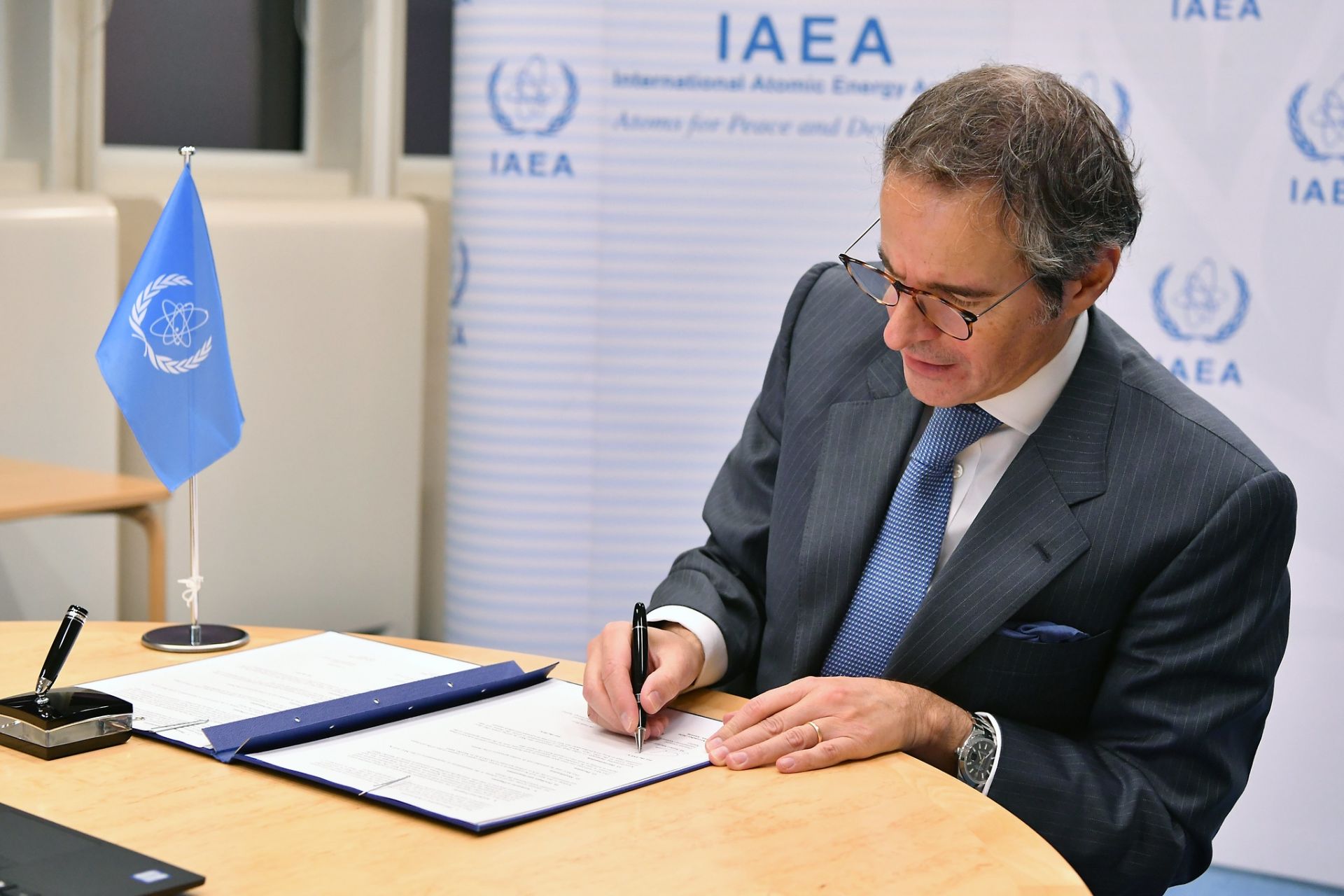 To help speed the transition to clean energy that many experts say will be required to achieve global climate goals by mid-century, the International Atomic Energy Agency and International Energy Agency (IEA) have agreed to strengthen cooperation on activities involving nuclear power.

IAEA Director General Rafael Mariano Grossi and IEA Executive Director Fatih Birol on November 30 signed a memorandum of understanding, under which the two organizations will share data, statistics, energy modeling tools, policy analysis, and research, according to the IAEA on December 3. The agencies will also collaborate on publications, seminars, workshops, and webinars and increase participation in each other’s conferences and meetings of mutual interest.

The path to partnership: Grossi and Birol first discussed boosting ties on the margins of the U.N. Climate Change Conference (COP25) in Madrid in December 2019, according to the IAEA. Grossi attended the gathering on his first official trip as IAEA director general, delivering the message that low-carbon nuclear power is part of the solution to the climate crisis.

“In my first meeting at COP25, I sat down with Dr. Birol to discuss the challenges of the energy transition and the significant role nuclear power can play in achieving climate and sustainable development goals,” Grossi said. “We also discussed enhancing ties between our organizations to better support our member states. It was a very fruitful conversation.”

Since COP25, the IAEA and IEA have expanded their working relationship. Grossi took part in two IEA events earlier this year, including the virtual Clean Energy Transitions Summit, and in September, Birol was a featured speaker at the IAEA Scientific Forum, which focused on nuclear power and the clean energy transition. Then, in October, the two teamed up to pen a joint op-ed for CNN on the role of nuclear power in the post-pandemic economic recovery. In addition, IAEA and IEA technical experts have cooperated more closely, with IAEA experts reviewing nuclear power information in key IEA reports, such as the World Energy Outlook.

Plutonium from an International Atomic Energy Agency laboratory in Austria has been removed to the United States, the Department of Energy’s National Nuclear Security Administration...

The State Nuclear Regulatory Inspectorate of Ukraine (SNRIU) informed the International Atomic Energy Agency yesterday that all safety systems at the Zaporizhzhia nuclear power plant in...

External power supplies were restored to the decommissioning Chernobyl facility following repairs of damaged power lines — before being reportedly damaged again, according to Ukraine's...