Introducing Nuclear Power to a Five-Year-Old

(This article was submitted in concert with a presentation given at the 2019 American Nuclear Society Annual Meeting entitled "Teaching the Value of Nuclear," and is the first of two articles on that presentation.)

Recently, I visited my local Kindergarten and Jr-K classes to try and explain how nuclear power works.  It was a little tricky knowing where to start.

I held a lofty goal of squeezing in the concepts of electricity, magnetism, atoms, fission, and criticality into short 20-minute visits.  I wasn't attempting to go into radiation, radioactive decay, neutron interactions, moderators, coolants, or aspects of the fuel cycle, but still, I had high aspirations given the age range. The children, ages 4-6, had not yet learned the concepts of mass or weight, and I found myself trying to explain mass defect and binding energy.

For anyone else who might be eager to take on this challenge, I thought I would share my approach and reflections.  The day before or immediately prior to my visit, I had the teachers read the books Oliver and Bird, A Book about Electricity by Geoff Waring, and Switch On Switch Off by Melvin Berger.  The teachers also took their classes on a walk outside their schools to spot the electrical wires, and on a "hunt" around the classroom to try and find items that use electricity.  The children had many questions about the wires running along the streets and disappearing into the ground.  They were fascinated that the wires were inside the walls (or that there even was an inside to the wall).  It was as if a secret world underground and inside walls had been revealed to them.

Given that the visits were so short, I broke up the material into 3 days of discussion and activities. 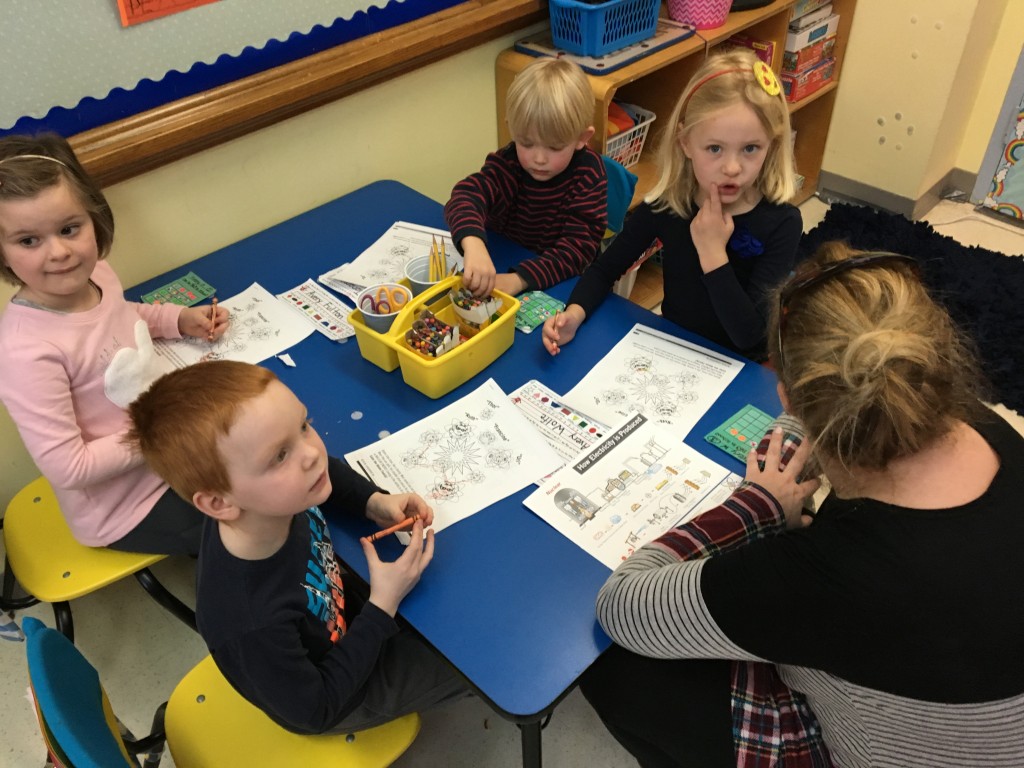 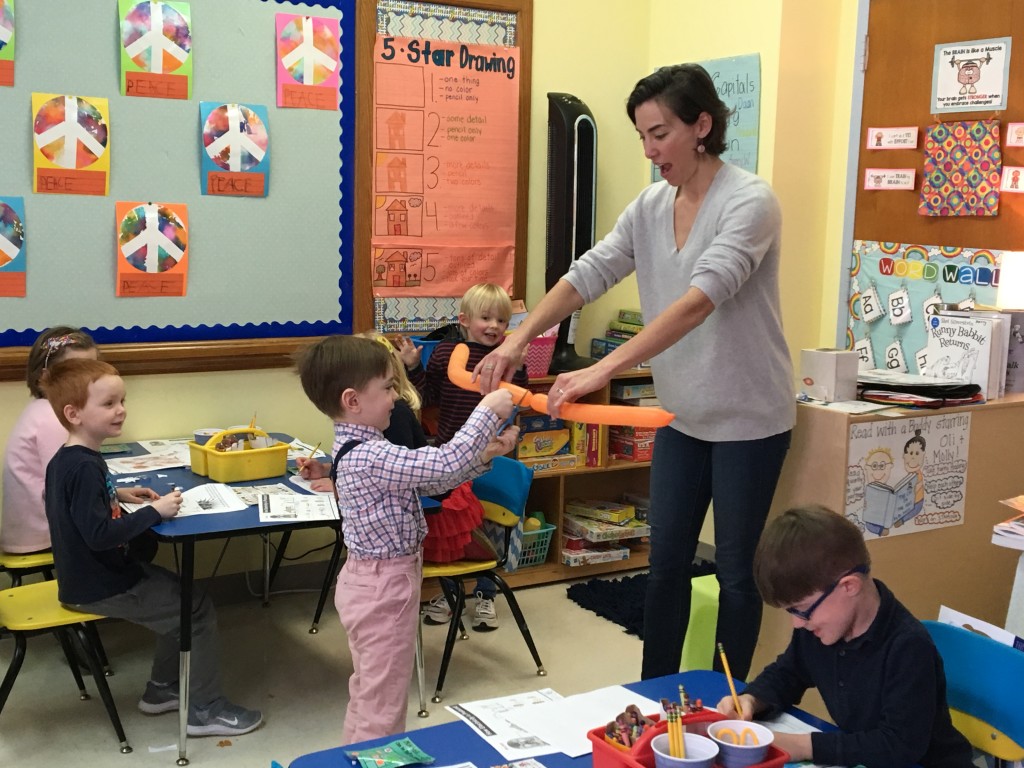 Leah Parks and a student engage in a fission simulation using animal balloons. The balloon, when cut, will zoom in two opposite directions, simulating the energy and motion of fission fragments. Photo courtesy Leah Parks.

Overall, the children were more than receptive and able to learn about these concepts.  It was truly special, and the teachers were very grateful.  At this age, they haven't yet been exposed to the stigma surrounding nuclear power.  Well, almost - the only negative dialogue went like this...

Me: "That's a lovely color!  Why did you color all the reactor components the same color and what made you decide to use such a bright green?"

The child later told me he saw toxic nuclear goo on Captain Underpants.  Maybe we should be talking more with the producers of kids' cartoons as our outreach!

Leah Parks is an engineer at the US Nuclear Regulatory Commission working in decommissioning.  She is currently serving on the ANS Board of Directors and is Vice Chair of the Public Policy Committee.