ANS and the Value of Nuclear 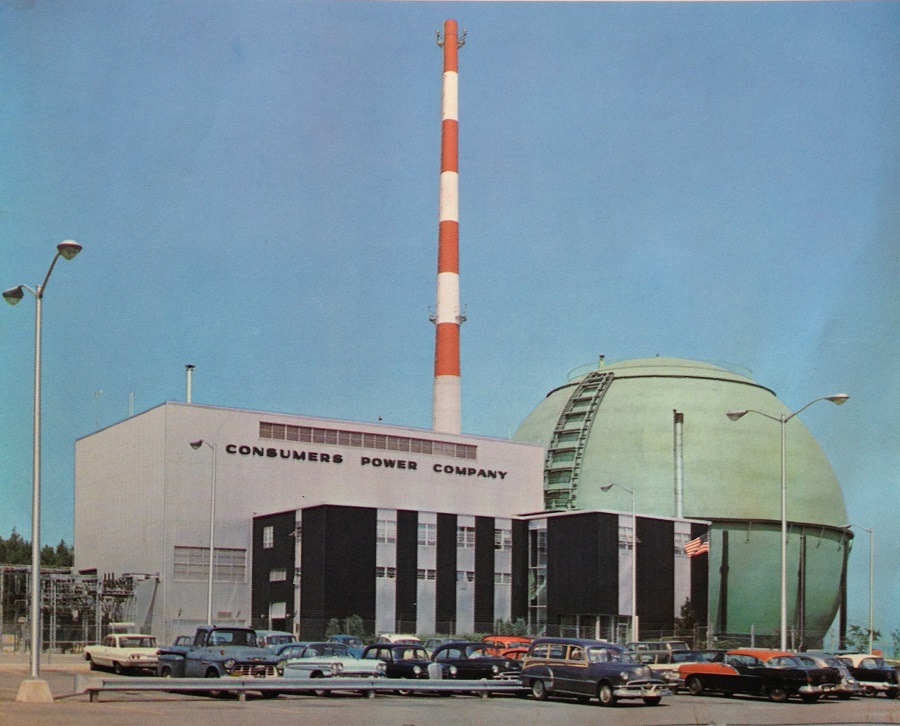 The upcoming American Nuclear Society Annual Meeting in June has, as its theme, "The Value of Nuclear."  I am aware that this phrase covers many different things felt by many different people; I'd like to tell you what it means to me.

Since before I could legally obtain a learner's permit to drive a car, I've been interested in and fond of machines.  I was fortunate to have a very technical family in many ways - between farmers who used mechanized equipment such as tractors and hay balers to make work on a huge farm manageable, to railroaders whose efforts allowed the transport of goods (and the food from the farms!) all over the nation.  In fact, I could run a farm tractor and a steam traction engine before I could drive.  Moreover, my father was a bank vice president, involved in the corporate trust side of things - so I knew, early, about the machinations of large corporations, many of them involved in heavy industry as it would happen.

The point here is simple: Humanity designed and built these various and ever-increasingly-complex machines to do work, and to make more of whatever it was that was being made.  Without the machines, we'd be doing far less.  Plowing would be by horse or ox team; goods would only be local without railroads.  Very luckily for me, all this was made obvious through experience, early.

Of course each machine, from lever to pulley to McCormick Farmall to airplane, has an increasing level of complexity and, naturally, risk to be managed.  But that's accepted everywhere; when I was young, a distant but known neighbor to my farmer uncle was killed when his tractor rolled down an incline.  My uncle's tractor was a 'narrow front,' or tricycle that my aunt then became sure was also going to roll over and kill all of us.  My uncle showed us how to drive the tractor so as not to roll it on inclines; the message was "you know what the risk is, but we need to go down here, so we run it this way."  The risk was managed and the work was done.  The risk didn't remove the need to do the work; it just changed how we did it. 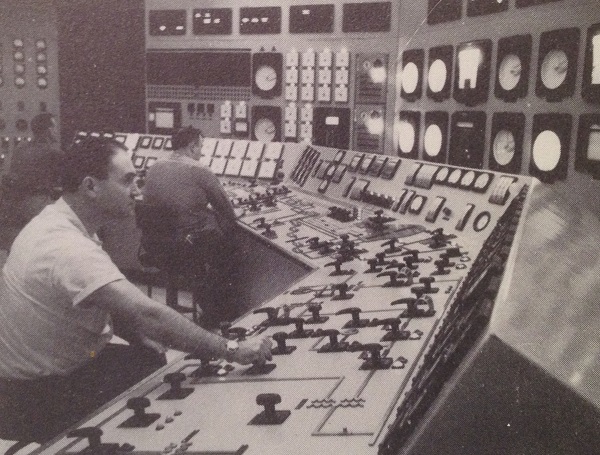 "So long as there remains a single task being done by men or women which electricity could do as well, so long will that development be incomplete. What this development will mean in comfort, in leisure, and in opportunity for the larger life of the spirit, we have only begun to realize." - Thomas A. Edison. (Photo of Shippingport Atomic Power Station control room from press package in my collection.)

So when it came time that I learned about nuclear power and began to think about getting involved with it (when I was about 16 or 17, that is) the conclusion, quickly reached, was pretty clear.  Nuclear energy was humanity's ultimate development of power production, of the ability to harness things in the natural world and convert them to do work.  It did carry risks, but these were managed and in fact because the perceived risk was so high, the level of attention and safety was unparalleled.  This was proven conclusively to me as I made my way through the US Navy's Nuclear Power Program.

I've never stopped thinking of nuclear energy that way.  It's the endpoint, the apex if you will, of many lines of thought.  For example, fuel.  Solar?  Well, the fuel is the sun and that's available just about half the time.  Gasoline or diesel?  Better energy density but it runs out, and you have to bring in more.  (The big 'tractor fuel' tank on my uncle's farm was paid attention to pretty seriously, since the farm was in the middle of nowhere.)  When you get all the way to the end of the path you get to nuclear - it refuels only once every year or year and a half.  Aside from being the ultimate endpoint of a single consideration in terms of energy production, which is fuel supply, it's also on the flip side a great consideration in terms of flat out reliability.  Nuclear energy truly is one of our pinnacle achievements; an achieved theoretical endpoint.

Only later on was I made to realize that "nuclear" embraces far more than just energy production.  Nuclear technologies such as in the medical field, or in the research of metallurgy, go on and on and on, many building on each other in numerous ways, obvious and subtle.

In my later years I had a sudden and bad turn of health; I required nuclear medicine procedures.  Even though I was in rough shape I assured the folks involved that I didn't need to be talked into the procedures and was more than comfortable with them.  So I have personally actually benefitted from them.  They helped me survive a very difficult time; if that's not valuable, I don't know what is.

As we get closer to the ANS Annual Meeting in, what is it, Minnesota?  ... I ask you to think about what value "nuclear" ANYTHING has to you.  Especially, those of you reading this who are ANS members.  Have you tried to articulate it?  As you consider going to the meeting, or even not going but following along on all our social media that comes out during these events, I'd like you to think about the value that nuclear technology has for you.  I'd be willing to bet that many of you, on introspection, will find it to be a whole lot more personal than you might give credit for day to day.  If that's true - well, you get it.  And that's about all any of us could ask.

Will Davis is a member of the Board of Directors for the N/S Savannah Association, Inc. He has been a contributing author for Fuel Cycle Week, and he used to write his own popular blog Atomic Power Review. Davis is also a consultant and writer for the American Nuclear Society, and serves as Vice Chair of ANS' Book Publishing Committee. He is a former U.S. Navy reactor operator and served on SSBN-641, USS Simon Bolivar.  His popular Twitter account, @atomicnews is mostly devoted to nuclear energy.  He has begun collecting early calculators from the 1970's, as if he needed something else to collect.

Please feel free to leave a constructive comment for the author.