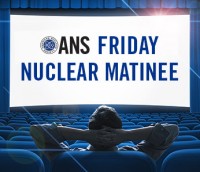 Please click to watch the video. "Energy to Feed the World: Nuclear Power vs Meat"

From Part I, we learned that everything takes energy, and that removing steps in the energy conversion process can save energy. We even that there is potential to grow food directly with electricity. The question that arises from those suppositions is: how close are we to that reality?

The first part of the process for improving agricultural output came from German chemist Fritz Haber and was later converted to an industrial scale by the engineer Carl Bosch. It is generally known as the Haber Process (which is a good reason to be the first name listed in a scientific discovery. Poor Carl.). The Haber Process is used for producing Ammonia, which is a key ingredient for fertilizer (although one of its original uses was to provide the Germans with explosives in the First World War). The process enables us to convert atmospheric Nitrogen (N2) into Ammonia (NH3), by combining the Nitrogen with Hydrogen over a metal catalyst at high temperature and pressure (up to 500 C and 3,600 psi). The discovery of this process radically changed farming, because, along with crop breeding and pesticides, it allowed farmers to radically increase the yield of their crops. During the 20th Century in the United States, the yield of corn rose from 1.6 tons per Hectare to 8.5 t/Ha (531% increase), and in Japan, the yield of rice increased 295%.1

If the first step in improving agriculture was synthetic fertilizer, then what's the second? Somewhat surprisingly, it's actually removing the soil. What most of us consider to be the key ingredient of growing crops actually has a lot of downsides. First, not all soil is created equal. It needs to have the right combination of minerals, as well as the ability to hold water for the correct amount of time. Second, plants aren't the only things that love soil; bugs and pests are pretty big fans as well. It turns out that plants will grow just fine without soil, provided they are still supplied with enough nutrients, and when you remove the soil, it also removes a significant number of bugs and pests, reducing the need for pesticides.

Other benefits of removing soil from the growth process have to do with space and consistency. Currently, around 15% of all landmass on earth is devoted to the growth of crops. Furthermore, a significant number of crops are destroyed every year by weather events and other climate issues. In severe cases, this can lead to famine. The World Peace Foundation estimates that from the 1870s to 1970s, famine killed an average of almost a million people per year. Thanks in part to improvements in farming, this number has dropped by more than 90% since the '70s, but with hydroponic farming, we can do even better2. By removing the need for sunlight through the use of LED UV lighting, plants can be grown vertically, indoors, allowing for multiple layers of growth over a single section of land. This would allow us to further increase crop density on a single plot of land, as well as create more flexibility with where and when food is grown, which leads us to:

Agricultural intensity refers to how much agricultural mass (food, in our case) is produced per unit area and time. Traditionally, major crops are grown on an annual cycle, which means planting in the spring, and harvesting in late summer. This cycle leaves the land empty and not producing for a significant portion of the year. With the use of vertical hydroponics, plants can always be grown under ideal conditions, so that they will grow as quickly as possible, and because they are indoors, their growth does not rely on annual cycles. This allows for multiple sets of crops to be grown throughout the year, which further increases agricultural intensity. The increased flexibility that vertical hydroponics offers is also important when it comes to Food Access. By decreasing the space requirement for agriculture, and minimizing environmental factors, food can be grown closer to where it is consumed. This has the double effect of decreasing emissions associated with transportation and increasing access to locally grown produce.

According to the United States Food and Agriculture Organization, globally, livestock represent 14.5% of all greenhouse gas emissions. On the flip side, steak is delicious. So, with respect to the environment, is there a way we can have our steak and eat it, too? The answer here is generally a "sort of". Synthetic meats are an up-and-coming market, and they split in to two camps: lab grown meat protein, and plant-based "meat". As one might expect, growing meat in a lab is inefficient and expensive, so while it may be a legitimate option one day, for now, plant-based meats seem to be the way forward. These are created by using plant proteins to mimic beef, and adding a compound called heme, which is what makes meats red, and gives them a slightly metallic flavor. One particular option, the impossible burger, has become fairly widely available, and you may even be able to try one at a local pub or restaurant. By producing plant-based meat that tastes as good as the real thing, we can put a significant dent in greenhouse gas emissions, and limit the slaughtering of animals for food.

Bringing It All Together

As we discussed in Part I, energy is what brings all these things together. Traditional agriculture relies on the sun and other natural processes for photosynthesis, fertilization, and temperature control. Livestock requires both land and sun to raise. Synthetic fertilizers, indoor vertical hydroponics, and synthetic meats remove the need for these external factors, but the energy has to come from somewhere. If this energy is gained from traditional hydrocarbon sources, the increase in carbon emissions and pollutions significantly offsets the gains from these updates in farming. However, if that energy can come from carbon and aerial pollutant-free sources, like Advanced Nuclear Power or Solar Photovoltaics, the potential benefits to humanity are substantial, and in time, could even lead to the elimination of world hunger in its entirety. Are we there yet? No. But with continued investment in these technologies, and a holistic perspective on development, we can be.

This story originally appeared on GenerationAtomic.com 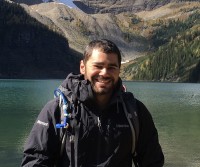 James Jenden is an energy systems scientist living in Calgary, Canada. He enjoys studying how different aspects of our energy production and consumption fit together, and how optimizing these systems can improve quality of life, and decrease humanity's negative effects on the environment. In his spare time, James enjoys backpacking, cycling, softball, and rock climbing.