The Inconvenience of Supporting Nuclear

As a kid, I would look to my parents for career advice. "Whatever challenges you, whatever you make time to tinker around with," my father would quip. "...and you must always be loyal to it and fight for it." My mother would add.

I liked science, and ended up studying chemical engineering. When recruiters started lining up from oil-logging companies, I decided to focus on the human impact factor. I learned more about lung cancer researching the coal and oil industry than I ever did in biology class. I learned about the renewables, how popular and 'cool' they were amongst the vast variety of energy sources. It was like being invited to an aristocratic party. There were the traditionalists, the oil and gas industry, omnipresent but huddled in their own clans, showing off their inherited jewelry and discoursing on the age-old notion of totalitarian dictatorship. Then there were the blindingly popular renewables, mingling only amongst themselves, and contemplating amassing passers-by into their backyard after-after party. Of course, there also were the introverted, corner-dwelling, partially-invisible, socially awkward, gothic nerds- nuclear. Then there was me, trying to decide which one of them I belong to. My judge and jury comprised scientific facts only, and I felt inadequate to wage a war that was also ideologically, politically, and economically-motivated.

Fossil fuels produced, very affordably, an incredibly large portion of the energy that our lifestyles depend on. But rapidly-growing energy needs and negative impacts on health and climate could only be ignored if the near future wasn't an object on grave concern.

Renewables were a diverse clique. Harnessing the seemingly-endless energy of the sun, the vast oceans and wind meant one wouldn't have to feel guilty over harming themselves, or the planet. So, could a hospital run entirely on renewables? Electricity is difficult to store in large quantities for continuous supply, but must be produced to meet instantaneous and unprecedented demands. Hospitals may run on renewables, but have oil or gas-powered backup generators for critical power loads or when the electricity supply is interrupted (sun, wind and rain are all intermittent sources of energy).

A hospital would need both fossil fuels and renewables to run smoothly. As harmonious as that union sounds, future trends point towards depressing statistics. According to the World Energy Outlook, by 2040 (a not-so-distant future), the world population was estimated to increase from 7.3 billion today to 9.2 billion. This increase in population growth as well in standards of living would likely shoot energy dependence skyrocketing by 53 percent by 2030, accompanied by a crisis in supply. If policies remained unchanged, this would lead to a highly degraded environment and climate, and expensive and unsustainable energy demands.

Was it time for nuclear to come out of the shadows? The World Energy Outlook predicted that nuclear power could majorly reduce dependence on fossil fuels while cutting back on carbon emissions as well. What of the hospital, could that run on nuclear alone? I was hooked; I wanted to tinker with this idea. And turns out, it can indeed. Nuclear power isn't intermittent, nuclear fuel is abundant, is producible in large amounts, and is cost-effective.

But we have never been to kind to nuclear, and perhaps with good reason, too. Since its inception, the world has associated the concept of nuclear with something supremely destructive on an absolute scale. The very idea of nuclear was subconsciously correlated to explosions, or disfigured creatures, or delayed but deadly illnesses. After all, who is to trust a reactor if it uses the same concept used in a bomb that is meant to hurt people?

And that was it, I had found my career: the underdog that I was going to be loyal to, and fight for.

But that loyalty hasn't been very convenient in this field. I have been met with harsh criticism, angry protesters, and most saddening of all, waking up to news that nuclear power plants being shut down, followed by popular opinion that supported it. Is there an easier field of work? Definitely. But working in nuclear makes me a better person. It has taught me to believe in unlikely winners that are capable of immense good, even in the face of opposition. I could be the persistent scientist and tell you that nuclear is appallingly safe, even more so than any other energy source, and more beneficial in almost every way, but why would you believe me? The plight of Chernobyl and the idea of weapons far outweigh placid numbers and emotionless charts, so I would rather not waste your time explaining why my Excel-generated graphs should immediately rest your fears. I want to tell you why I changed my mind from being destined to join a high-paying oil-logging company to becoming a nuclear engineering researcher.

While researching nuclear power, I frequently digressed into psychology; specifically, why it's far more convenient to fear an idea than to learn why you fear it. The nuclear sector has incredibly intelligent scientists working hard to make the world cleaner, safer and more affordable, but popular opinion dismisses off nuclear power citing accidents, potential misuse and liability. I want you to tell me why you think supporting nuclear power is a bad idea.

"What of the people who died in Chernobyl, Three Mile Island, or Fukushima?" is what I had asked myself when I first considered working in nuclear engineering.

I had to refer research journals for this one. Turns out, neither of those three incidents were "nuclear explosions" (additionally, TMI and Fukushima had no radiation-related casualties and statistically non-significant radioactive fallout). In fact, not only does nuclear energy have the least casualties among all energy sources, it is the safest and cleanest.

So, I decided to read about the scientific process itself; bombs and nuclear plants use the same concept: fission! So, a nuclear reactor is just a ticking time bomb, quite literally! What if it explodes?

Sure, a bomb can be massively destructive, but it can be so irrespective of whether the world runs on coal plants or nuclear plants. A bomb is an uncontrolled fission chain reaction while a nuclear power plant fuel has control rods designed to prevent an uncontrolled chain reaction. A bomb-like multiplication rate cannot be achieved from the low amount of fissionable material in the core. Also, the fuel used in reactors is not as enriched as a bomb requires it to be. Explosions, in general, are entirely possible, because the fuel in question needs to be energy dense. But explosions of this sort are not exclusive to nuclear and can happen at any power plant of any energy source.

What about the radioactive waste generated from a plant? Where will that go? And won't it be hazardous for future generations too, not just me?

As best put by World Nuclear Association, "the nuclear industry has developed - and implemented - most of the necessary technologies required for the final disposal of all of the waste it produces. The remaining issue is one of public acceptance, and not of technological feasibility." Safe and environmentally-sound methods of radioactive waste have been technologically proven, and only 5 percent of all hazardous waste produced in the U.S. is radioactive, and of that 5 percent, only 10 percent accounts from nuclear power generation.

It's expensive to run a nuclear power plant, not to mention waste disposal costs.

Nuclear power plants are actually expensive to build but cheap to run. Coal will remain economically attracted as long as carbon-emissions remain tax-free. Waste disposal are part of the operational costs, which are lower than those of most fossil fuel sectors. Nuclear plants have large lifetimes, adding to its economic value. The main risk to existing plants is the impact of subsidized intermittent renewables and cheap, gas-fired generation.

Now I'm curious. You've read this far into the article, you must care about the environment, the safety of humankind and wildlife, and the climate, as much as I do (if not more than). We want the environment to win, not nuclear, not solar, not coal. But I also know that they are not mutually exclusive. Nuclear and renewables can be a winning combination.

I had educated myself, and I made my decision. I'd be a nuclear engineer and energy advocate, because nuclear power is a brilliant underdog. I work in a lab with U-235 all day, and I'm doing just fine. Best of all, my family and friends have stopped worrying about me. All those days of endearingly questioning my potentially health-wise unsafe decision are a thing of the past, because I read them this article months ago. They suggested I share it with you, too.

Credits to World Nuclear Association for most of the technical information. 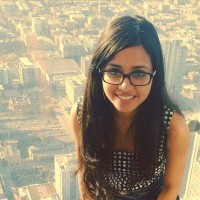 Priyarshini Ghosh is a nuclear engineering graduate research student at Kansas State University She is an aspiring writer and an advocate for nuclear as a clean, safe and cheap source of energy. She loves to talk about nuclear power @priyoghoshX on Twitter. She has a background in chemical engineering that guides her with the intricacies of designing detectors.