We have two fairly significant news items to report on today at ANS Nuclear Cafe. First a major nuclear vendor change of ownership and second a further threat to the sustenance of existing nuclear.

In the culmination of a lengthy process, Électricité de France (EDF), the French national electricity provider, announced the final signing of a deal with AREVA to buy that company's new nuclear power plant and nuclear fuel businesses.

AREVA had in recent years become financially threatened both by the general decline in orders for nuclear plants worldwide, and the lengthy overruns being experienced at the EPR type nuclear plants under construction (at Flamanville in France and at Olkiluoto in Finland).  Bailout by the French government directly proved unlikely, and EDF stepped in to negotiate a deal to rescue the long-standing French national nuclear industrial complex.  As might have been expected, it became apparent early that EDF would require control of the business.  Today's announced deal contains that provision, as EDF will own a subsidiary of AREVA (tentatively called "NEW NP" for "New Nuclear Plants") which will have responsibility for future nuclear plant orders, sales and construction.  The nuclear fuel and nuclear plant services businesses will also be bundled into NEW NP, according to EDF's press release.

What's not included in the sale are the operations and warranty coverage on the EPR plant at Olkiluoto, according to the release.  Further, because there are material concerns with heavy steel components manufactured at the (former) Creusot Forge plant, it appears that AREVA itself will retain any liability due to potential problems with these installed components at operating nuclear plants or any under construction, according to EDF's statement.

EDF made it clear that there are still some hurdles to be overcome, concerning further quality audits (which could spell liability for EDF in the future) as well as the general business clearances.  It is interesting that while EDF will buy the businesses stated, it will also immediately being to look for partners to assume some of the stock of the (estimated) 2.5 billion euro business. This would eventually potentially reduce EDF's stake from 75 percent of the business down to 51 percent.   With the 51 percent stake EDF would still have control of NEW NP, while AREVA would hold 15 percent with the rest held by new investors.

The deal is not expected to close until the last half of 2017 following the completion of the aforementioned reviews and the emplacement of partner investors.

FIRSTENERGY WILL SELL OR CLOSE POWER PLANTS - INCLUDING NUCLEAR 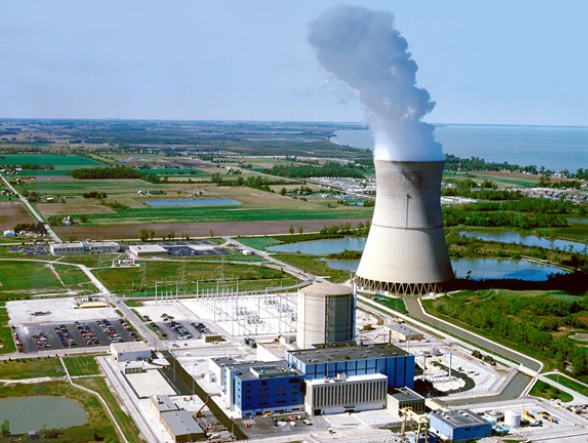 According to reporting published this morning by Energy Manager Today and by Greentechmedia, FirstEnergy, CEO Chuck Jones told attendees of the Edison Electric Institute financial conference on November 7 that his company will make moves to become a fully regulated utility over the next 18 months, but if it cannot support marginal plants (including its coal and its nuclear plants) either by that means or by state action, it will either sell or shut down the plants.  The plants are actually owned by subsidiary companies of FirstEnergy.

FirstEnergy itself is essentially attempting, according to reporting in those sources, to get out of the free or competitive electric power markets, citing unprofitability of its coal and nuclear base load plants at the low (natural gas driven) prices being hit today.

Jones told the attendees, "We are not going to wait on those states (Ohio and Pennsylvania) to decide what they want to do," and said (according to Greentechmedia) that the company would sell or shut down its "large" Ohio and Pennsylvania nuclear and coal plants unless the states re-regulated the markets, or else "created a regulation-like" structure for these plants.

Financially sound operation of Davis-Besse, a single unit 900 MWe nuclear plant, has been in question for some time; however, the other plants have not until now been seriously mentioned in any plans to either regulate markets or to shut down.  In fact, FirstEnergy told industry newsletter Fuel Cycle Week earlier this year that Perry was profitable and not in consideration for being shut down.

Energy Manager Today quotes CEO Jones as saying that he believes that re-regulation will not happen, and that the scenarios will "just have to play out."  He did say that operations at the FirstEnergy electric generating subsidiaries (in terms of unprofitability) will not be allowed to affect the parent company.  "I think the outcome is that some units get sold.. and some get shut down," he was quoted as saying.

FirstEnergy, according to Energy Manager Today, plans to immediately begin discussing with lawmakers and regulators the possibilities for plans to re-regulate or otherwise support the generating assets owned by its subsidiary companies.