While the nuclear community has been encouraged by the recent action taken by New York giving recognition for the intrinsic value of carbon-free emissions from nuclear power, the same cannot be said for California. New York has found value in keeping their nuclear power plants operational, but unfortunately, given the political situation in California, it is unlikely that any proposed resolutions in favor of keeping Diablo Canyon Power Plants (DCPP) open will happen.

PG&E has teamed with anti-nuclear organizations to retire the DCPP at the end of their current NRC licenses and has persuaded some of their labor unions to support the plan by offering lucrative retention bonuses. PG&E has claimed that continued DCPP operation would be incompatible with their projected load demands and projected availability of wind, solar, and efficiency resources, even though they commit to only replacing 20 percent of the DCPP output.

A group of local pro-nuclear activists in San Luis Obispo has taken it upon itself to challenge the PG&E proposal before the California Public Utilities Commission in proceedings to begin in September. The group's position is that whenever operating nuclear plants are shutdown the immediate consequence is a significant increase in fossil-fueled generation. Additionally, because of the relative isolation of San Luis Obispo, the importance of DCPP to the local communities and their economy is far greater than it would be if there were other major industries and employers. While the PG&E employees nearing retirement age might welcome the retention bonuses, many younger employees would prefer to keep their jobs, and not have to retrain or move away from their communities. For these local activists the issue is personal.

The local group is called Californians for Green Nuclear Power (CGNP) and their website is http://cgnp.org. CGNP is facing an uphill battle going up against some of the most powerful business interests in the state allied with major anti-nuclear organizations. While there is hope that initiatives at the national level will eventually turn things around, the need to stop the proceeding to shut down DCPP and terminate the NRC licenses is immediate. As individuals, you can support CGNP's efforts by spreading the word. 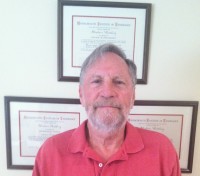 Abe Weitzberg is a mostly retired nuclear engineer. In his almost 60 year career he has worked on space nuclear power and propulsion systems and large commercial terrestrial nuclear power reactors. He has performed a wide variety of consulting tasks for DOE, NRC, NASA, EPRI and utilities.