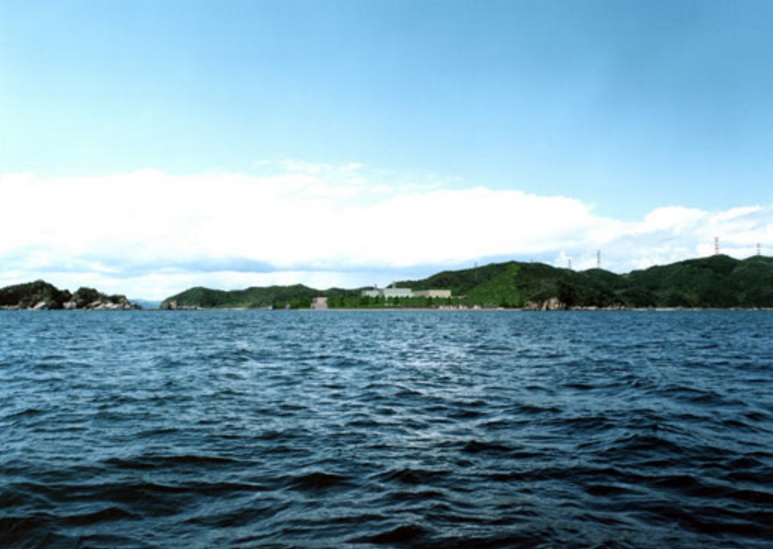 Some positive news for nuclear energy in Japan this week, related to the continued operation of older nuclear plants and even the construction of new ones.

Chugoku Electric Power was notified by Yamaguchi Prefecture's government on August 3 that the company would be allowed to continue preparatory work at the site of its prospective Kaminoseki Nuclear Power Plant.  At this time, only land grading and filling has been performed, and it is this activity which the prefecture is permitting to continue.  The Japan Times reported the Yamaguchi government comment that continuing to prepare for a nuclear plant on its land was "within the country's energy policy."  Chugoku Electric predicts a continued increase in electric power demand "in the short to medium term" according to its website, and for this reason as well as others (low and stable fuel cost, zero emissions) considers that it needs to continue planning to construct this nuclear plant at a future but unspecified date.

According to Japan Times there is a catch:  The prefecture's permission to prepare the site hinges on Chugoku developing a clear timetable for completing the power plant.  The original prefectural license to perform ground work was granted in 2008, but the project itself dates all the way back to 1982 when the first proposals were floated to build a plant there.  According to Chugoku Electric Power's website, the early years of the project were met with acceptance and cooperation in the local communities.  The land on which the plant was to be constructed was purchased by Chugoku in 1998, and an application for a construction permit for Unit 1 was submitted to the Ministry of Trade, Economy and Industry in December 2009.

Work on the project halted effectively after the Fukushima Daiichi accident, but Chugoku remains committed to keeping this project among its future options.  This is not unlike the situation with some US utilities (such as DTE Energy) who have or are close to having COL's (Construction and Operating Licenses) for nuclear plants which they do not intend to immediately begin constructing.  The approach taken keeps the option to build the nuclear plant "on the table," pending the outcome of many other policy and market developments but also boosts the price of the land should it be decided to cancel a project and sell the site in the future.  At present, work is not proceeding at the Kaminoseki site; what has occurred today is the extension of the prefecture's permission to perform work there. 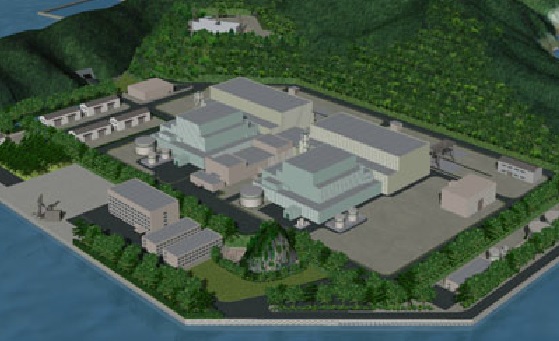 Chugoku Electric Power has one nuclear unit actually under construction; Shimane Unit 3, a Hitachi-GE ABWR, is considerably advanced in its construction schedule, being roughly 90 percent complete.  Click here to read an earlier ANS Nuclear Cafe piece on other nuclear plants under construction or planned in Japan.

Elsewhere, Kansai Electric Power received news on August 3 that its Mihama Unit 3 had cleared new safety checks instituted by the Nuclear Regulation Authority.  Nikkei Asian Review reported however that the unit would not immediately be prepared to restart.  Instead, according to Nikkei, the owner will make a review of the costs for modifications and develop a plan as soon as possible.  Because the reactor is soon to reach the previous limit of 40 years of age, the process to restart it is complicated and has a number of further steps which the unit must complete by November, according to Nikkei's reporting, or else it must be decommissioned.  Nikkei reports that Kansai Electric's President, Shigeki Iwani, said that the company doesn't believe that costs will rise further on this specific project and that the economic benefits would be substantial.

In a further interesting aside, Iwani told Nikkei that the company is still considering adding two nuclear units to the Mihama NPP (these would be Units 4 and 5.)  Although the company began planning for these units some time ago, no progress has been made to date.  Iwani told Nikkei however that he believed that expanding the Mihama facility was something he believed the company could do, although no other details were given.

Slowly, then, it would seem, there is some good news coming out of Japan and indeed there seems to be a future for nuclear plant construction in this crowded, energy poor island nation.