Disclaimer: Any views here are purely my own, not YMG or ANS.

It was the best of times:

With 60 reactors under construction in 15 different countries, it's hard to argue that nuclear isn't undergoing a renaissance, although it's not the renaissance many had predicted. Most of these reactors are being built in growing, energy hungry countries like China and India. Additionally, four reactors are under construction in the US, and Watts Bar 2 is now finished, has gone critical, and is producing electricity.

It was the worst of times:

In the US and Germany, nuclear reactors are being shut down. While in Germany this is primarily occurring due to politics, in the US, reactors are shutting down primarily due to economics. Kewaunee shut down in 2013, Vermont Yankee in 2014, and now Fort Calhoun will be closing this year, FitzPatrick and Clinton are scheduled to shut down in 2017, Quad Cities in 2018, with Pilgrim and Oyster Creek in 2019. Even closures of San Onofre and Crystal River 3 were related to economics, in that it would take too much money to fix the plants. There are other facilities which are also at risk of closure, including Ginna and Nine Mile Point Unit 1. Additionally, Diablo Canyon, the last nuclear energy facility in operation in California, has decided it will not seek a relicense for its two units, meaning they will close in 2024 and 2025.

It was the age of wisdom:

Given all that, it does seem the federal government and  certain states are starting to wake up to the realities of the impacts of closing nuclear facilities. The Department of Energy recently held a large Summit on Improving the Economics of America's Nuclear Power Plants, where Senators, Representatives, industry leaders, regulators, scientists, advocates, and even the Secretary of the Department of Energy spoke about the value and importance of nuclear, and what policies could be enacted to keep these facilities running. Additionally, N.Y. state has proposed a plan to help struggling nuclear facilities by providing them zero emissions credits, which could be sold on a market.

It was the age of foolishness:

It's quite clear that man made climate change is a major problem, and the vast majority of ANS members agree. ANS has collaborated with 39 other nuclear societies around the world and made a clear statement, "Nuclear energy is a part of the solution for fighting climate change." And yet, nuclear facilities, which provide 60% of the low carbon electricity in the US, are still being shut down, primarily because of the cheap price of fossil fuels. Deciding to close these critical pieces of infrastructure at a time they are needed the most is foolish, as making permanent decisions based on short term economic situations usually are. But it is hard to place all the blame on the company making the decision - companies need to make money, and it's hard to justify keeping a plant open when it is losing money.

That's why we as Young Members must start advocating for solutions. ANS' Special Committee on Nuclear in the States recently published a Toolkit of these solutions, which is available here. If we do not act, more nuclear facilities will close. 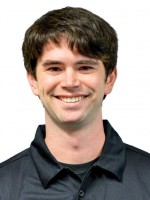 Nicholas Thompson is a Ph.D. student at Rensselaer Polytechnic Institute studying Nuclear Engineering and Science. He also holds Bachelors of Science and Masters of Engineering degrees from RPI in Nuclear Engineering. He is also serving as the Secretary of ANS' Young Members Group, is on the Executive Committee of the ETWDD, SSC, and PPC, and is a member of the Special Committee on Government Relations, the Special Committee on Nuclear in the States, and the ANS Speakers Bureau.