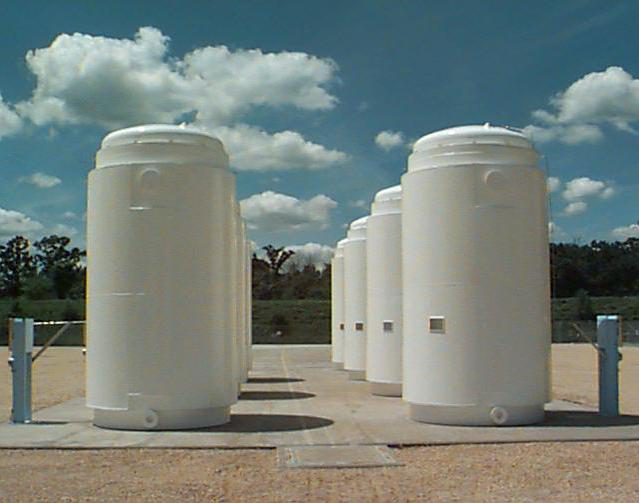 An interesting session at the ANS 2016 Annual Meeting, sponsored by the Fuel Cycle & Waste Management Division, saw the presentation of a number of interesting papers relative to the ever-increasing problem of used nuclear fuel at the various commercial nuclear plant sites in the United States.  Not only does the used fuel (which is a far better term than "spent fuel," these days, since it can conceivably be reused) continue to accumulate at the nuclear plants, but there is also a considerable amount of used fuel being stored at various sites where the nuclear plants have actually been shut down, decommissioned and completely removed for years.  Considering this, and the need to inventory, characterize and eventually move this material, a growing amount of interest is being shown in this field.

Robert Howard of Oak Ridge National Laboratories started off by giving a description of the US Department of Energy's Nuclear Fuel Storage and Transportation Planning Project.  The concept of this program is to lay the groundwork to eventually implement an interim used fuel storage system, whether that system incorporates above ground or below ground storage at one or many sites.  As there is some momentum toward development of a new, separate governmental organization to own, control and monitor the used fuel, an interesting second function of this DOE program is to develop the foundation for whatever new organization develops, if indeed one does.  Howard emphasized that "we must make progress on the used fuel issue for now within the existing legislative and budget constraints," meaning that the new organization is not quite near in coming.  He also stressed that the Department of Energy and ORNL must act to implement only existing policy and that they cannot act as "policy organizations."

Eventually the Planning Project will designate a site for an interim used fuel facility; ORNL / DOE will then design, license, construct and operate this "pilot" storage facility although no firm time frame was given for these milestones at the meeting.  Initially, Howard said, the project will prepare for "large scale transport of used nuclear fuel and high level waste, with the initial focus being on the removal of used nuclear fuel from the shut down (commercial) reactor sites."

In order to prepare for this large and complicated project ORNL has decided it needs to develop a database of the various used fuels (comprising many different ages, configurations and materials) dispersed at the various operating and shut down sites.  This effort "to characterize the input to the new waste management system being developed" is underway presently at ORNL.

A key component of this program is the use of consent based siting - a clear need following the years of fighting in legislative circles over the national repository.  Not only will the project actively seek the input of stakeholders, it will also attempt to better educate the public on just what these materials actually are; Howard noted that often times people offer the opinion that the used fuel is "toxic liquid in drums," which of course could not be further from the truth.  A clear idea  of what is to be shipped, how it's to be shipped, and how it's stored is crucial, he said (backed by others in the room) to making consent based siting an operational reality.

Also mentioned was the need for a range of new transportation hardware well in advance of the date when the used fuel would begin being moved around the country.  Howard detailed the ongoing development of a large, eight axle railroad car to transport used fuel (in a special transport cask) to the new standard of the Association of American Railroads.  As of now, no car has yet been completed to the new AAR S-2043 construction standard for shipment of nuclear materials, and while Howard noted that a (much heavier, twelve axle) Navy car is in the works there's no precedent yet.  He also said that once completed, a new design must rack up over 100,000 miles of instrumented testing before being accepted; further, DOE will have to conduct response and radiological training for all first responders of major communities along anticipated railroad transportation paths, which will be no small feat in itself. 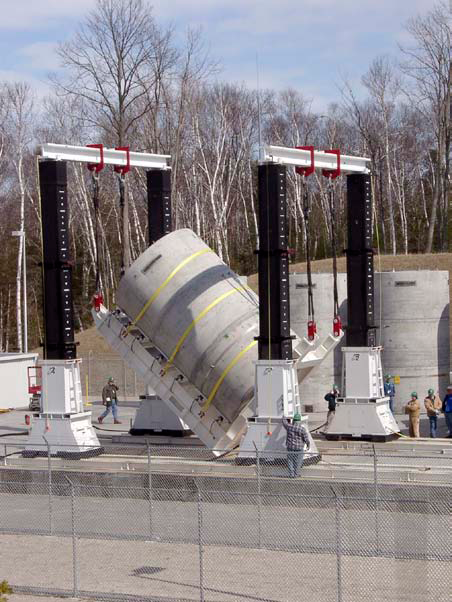 In other papers delivered at the session, much more information was given on other pieces of this large, growing puzzle.  For example, Josh Jarrell of the Savannah River National Laboratory presented on the DOE effort to categorize just what material to be moved is located where.  Jarrell told the packed room that about 400 of the estimated 2000 varied used nuclear fuel systems (combinations of fuel type and storage cask type or pool type) have been completed and placed in the new UNF-ST&DARDS system, which will coordinate all of the fact finding efforts.  Jarrell also noted that the exact methodology of extracting the used fuel from varied sites has yet to be determined; it's not known whether the plan would be to extract the oldest material from various sites first, or whether all material from one site would be removed to "clear" that site.

Robert Howard returned to give another short presentation on some of the Industry Task Orders related to used fuel and their present status.  He noted that among many other considerations, there will have to be a careful deliberation on the topic of worker radiation exposure when a continuous program to move used fuel is implemented on a large scale.  "There will be worker dose issues that will need to be addressed," he said, "no matter what kind of operation we choose," meaning the exact method of handling the material and how or whether it is to be repackaged for long term interim storage.

Kevin Connolly gave a brief presentation on past transportation incidents with used fuel, done as the result of studies by ORNL to determine what the past events and effects were during the years when used fuel was routinely being transported around the country.  No serious incidents involving radiological implications are known of, although the lab continues to gather data from numerous sources in order to inform its yet-to-come program to restart transport of such materials on a wide scale.  Connolly remarked that "we've shipped over the years tens of thousands of tons of such materials over tens of thousands of shipments."

There was more information presented this day, but the above gives a flavor of what was available for, as mentioned above, a packed room.  It's clear that the Department of Energy and the associated national labs are working hard to get out in front of the used fuel transportation issue, which is absolutely essential no matter what kind of permanent repository / interim repository plans are finally made and implemented.

Will Davis is reporting from the scene of the 2016 ANS Annual Meeting in New Orleans. 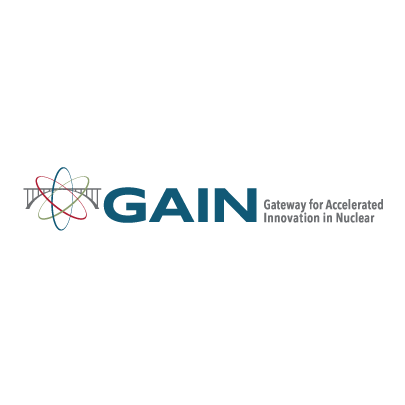