In my last article, I briefly related a story about a research team that had essentially cured HIV during animal trial studies with rats using medical isotopes. Following up on the scientific literature, it revealed similar success (E. Dadachova, A. Casadevall, Semin. Nucl. Med., 2009, 39(2), 146). Just recently, I heard another story during a seminar on alpha therapy that involved prostate and bone cancer. A patient was in such excruciating pain that his family had to transport him to the hospital on a stretcher in the back of a pickup truck. Following a single injection of an alpha-radiation drug, he walked out of the hospital on his own later that day.

Medical isotopes, such as radium-223, are radioactive elements with the right type of radiation to destroy cancer cells and/or monitor body functions. They can be manually planted into a tumor, or tagged with the right chemistry and systematically delivered to a cancer-stricken organ like a Trojan-horse. Cancerous cells can be buried deep in an organ or they can line the surface of an organ. The arsenal of medical isotopes has to be equally versatile and non-linear; some isotopes need to cut deep and others have to just attack the surface. But in all cases, it's imperative that the burden to the healthy tissues are minimized. In other words, medical isotopes can't afford to miss. 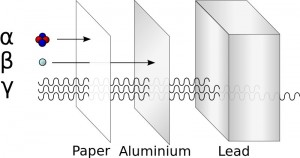 In order to understand the benefits of alpha, we travel to nuclear physics 101. There are numerous types of radiations but the common three are alpha, beta, and gamma. Gamma rays are intensely energetic photons that pierce through almost anything except thick lead. Beta radiation is in the middle: energetic electrons that can cut through several millimeters of skin. Alphas are larger, heavily charged particles that only travel a fraction of the distance compared to beta or gamma. Even a thin piece of paper (or your skin) is enough to stop most alpha particles. The question is then: if an alpha can't even break skin, what good is it for fighting cancer?

In terms of a hunting analogy: if we're hunting deer, a good weapon would be something sharp, accurate, and with the capability of a long distance shot-a rifle? But we're not always hunting deer. This time, we're hunting a tank. A rifle probably won't do much damage to a tank. No, something bigger is needed, perhaps a grenade. But not only that, a grenade that's detonated outside the tank probably doesn't do as much damage as a grenade tossed inside of the tank. This maximizes the damage to the tank and minimizes damage to any good-guys that might be nearby.

Targeted alpha therapy: a short-ranged, ionizing tool that will viciously destroy nearby cancerous cells when correctly placed. The blast from an alpha is so effective, only a relatively small amount is needed. For comparison, I've been told by hospitals that beta radiation treatments (iodine-131) can require between 0.1-1.0 Curie amounts. Alpha therapy can be effective with as little as 0.00001 Curie amounts, varying between treatments of course. Is it dangerous? To the cancer tissues-absolutely. To the healthy tissues-not when administered correctly. In fact, the drug Xofigo was approved by the US FDA in 2013 and is found in nearly every major cancer center. Two more potential alpha drugs, Astatine-211 and Actinium-225, are at the top of medical isotope research and labeled as high-priority isotopes that need to be supplied a.s.a.p. The isotope R&D community, US Department of Energy national laboratories, and collaborating universities are still actively seeking efficient means to produce these alpha emitting isotopes.

Radium's alphas are certainly no stranger to nuclear technologies. It was once labeled as a magical drug that eventually found its way into lotions, chocolate, bath salts, lamps, and flavored water (Craig Nelson, The Age of Radiance, Scribner, NY, 2014). Radium clocks can still be found in antique stores. And Marie Curie's laboratories were so highly contaminated with gram-quantities of radium that they still remain a hazard today. The element that molded her into probably the most distinguished scientist of all time is also what sickened her and her husband nearly 100 years ago and ultimately decided her fate (although it's often neglected that she lived past the average life expectancy of the time). But prior, she was using radiation to diagnose broken limbs during World War I, which also credits her as a pioneer in nuclear medicine.

There's a silver lining to the alpha-emitting isotopes that were at the difficult forefront of early 20th century nuclear research. Today, a major producer of Xofigo is a nuclear reactor in Norway that accumulated some of the target radium from her original experimental laboratories. It's possible that the exact same radium she carried in her pockets for a glowing party trick is now used to make the drug. It's also safe to assume that she would have been proud her element revolutionized the fight against cancers and that a number of people are alive thanks to her research. 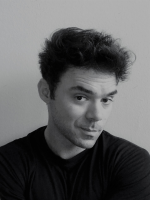 Alex Brown earned a B.S. in chemical engineering, an M.S. in radiation physics, and a Ph.D. in radiochemistry. He is a member of the ANS Biology and Medicine Division, as well as the Fuel Cycle and Waste Management Division. He is a member of the Young Members Group. He lives in Chicago. You can follow him on Twitter.