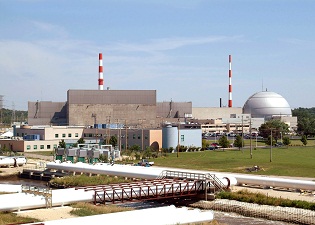 August 2012 was hot in Chicago. It was one of those times, while the American Nuclear Society was assembled there for its annual meeting, when the air was so hot and laden with humidity that it palpably hit you when you walked outdoors. All air conditioners, everywhere, were running at their maximum just to keep the buildings in the city habitable.

As a bus load of us toured the Dresden nuclear station on one of those intolerably hot days, it occurred to me that the two nuclear units running there at full power were what was in large part driving all of those air conditioners back in the city where my hotel was, but also all over parts of Illinois.

Now, however, there is a threat that some of Illinois' nuclear plants might be closed due to the skewing of economics and the fact that the plants aren't recognized or compensated for what they really provide. Preparing to stand in the breach and halt this closure is a new effort, which takes off Monday, April 4, with a presentation open to the public and organized by a new group called Environmental Progress Illinois (EPI). The event will take place at the Medill School, 303 East Wacker, room 1600 in downtown Chicago, and is scheduled to run from 7:00 pm to 8:30 pm. 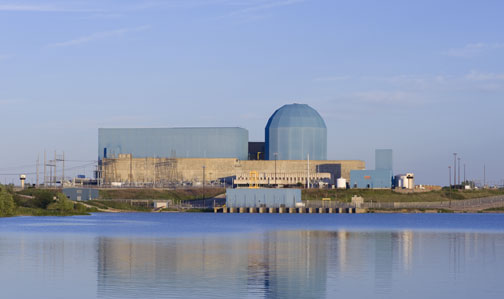 ANS Nuclear Cafe had the opportunity to connect with Alan Medsker, who helped organize Envionmental Progress Illinois. The new group is getting prominent, environmentally minded people who are for nuclear energy to step out in favor of doing what's required to keep Illinois' nuclear plants open.

Medsker told the Cafe that "Our case is pretty simple. We currently enjoy one of the cleanest energy portfolios in the nation, by virtue of the fact that we have so many nuclear plants here. Shutting even one of those down changes that situation dramatically, and we lose ground on both our climate and our pollution goals." Medsker related that the April 4 EPI event is really "only...the beginning of what we expect and hope to become a significant movement here in Illinois to preserve the nuclear energy we benefit from and ultimately even possibly expand it." He said there will be further "events and meetings" after this kickoff event that interested persons can attend.

The EPI event will feature three noted speakers: James Hansen, well known as a climate scientist; Michael Shellenberger, co-founder and Senior Fellow at the Breakthrough Institute and now Founder and President of Environmental Progress; and Rachel Pritzker of the Pritzker Innovation Fund. All three are in favor of the use of nuclear power in light of climate considerations.

Pritzker was asked by the Cafe why she was involved in this project and what she'd like for it to accomplish. Some of her thoughtful response is reproduced below.

"I feel a personal connection to Illinois since my family arrived there in the 1880s and has been deeply connected and committed to improving the city of Chicago and the state of Illinois ever since. Illinois has been good to us and we've done our best to return the favor. I would feel a tremendous sense of pride if Illinois were to find a way to price clean, reliable energy in such a way that it could help improve the state economy and provide an affordable model to the rest of the country and world for how to decarbonize.

As someone who (now) lives in California, I've seen what putting all of our eggs in the intermittent energy basket has accomplished, and it's not terribly impressive in terms of emissions reductions. And our baseload forms of zero carbon energy (in California) are going down; hydro power is being reduced due to drought and nuclear is going down due both to unfounded fears and a political failure to provide any financial support to help it compete with cheap natural gas."

Pritzker told the Cafe that no one seems to have actually accomplished "leveling the playing field for zero carbon energy sources," adding that she'd love to see Illinois lead the way in this effort. In a remarkably balanced approach, she also pointed out that such moves can be done in a politically bipartisan way to achieve the following: lower energy prices that support industry and manufacturing; support a variety of energy sources that are popular on both sides of the political spectrum and that are valued appropriately; and adequately address the climate change issue through this "new path forward."

"This is not only an environmental issue," Pritzker said. "Finding ways to power the world with affordable, reliable power is a human rights issue. People all over the world need to power their lives; whether it's to climb out of poverty or to continue a high-quality modern life, reliable power is the only way to support the hospitals, schools, and businesses we all deserve access to."

ANS has spearheaded similar efforts promoting Nuclear Policy in the States. For more information these endeavors and to download your copy of the Nuclear in the States toolkit, visit www.nuclearconnect.org.