Pilgrim to close by 2019 at the latest 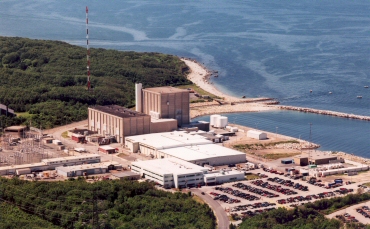 Entergy Nuclear announced this morning that Pilgrim Nuclear Power Station (located in Plymouth, Massachusetts) would be closed before June 2019. The decision was motivated by a number of factors, according to Entergy's press release, which center mainly on the fact that the plant's operating costs continue to sneak up, while the price the plant is able to get for producing power in an unregulated market dominated by natural gas (which continues to have a very low price) is holding at a low level. The plant, in other words, is incurring losses of roughly $40 million per year-losses that Entergy feels it will be unable to correct in the time frame given today.

It's very possible that the plant will shut down for the last time prior to June 2019. Entergy has been very clear in its releases today that it will have to make a hard decision in the first half of 2016 as to whether or not to prepare for/buy new fuel for the planned Spring 2017 refueling outage; the plant could not operate beyond this time without refueling. It's also clear that even though Entergy is obligated to provide power to the Independent System Operator (ISO-NE) through 2019, if conditions dictate and if the company can buy replacement power, the final shutdown could occur well before that time frame. Entergy said that the final decision about the timing of the shutdown will occur in the first half of 2016. The plant is licensed to operate through June 8, 2032. 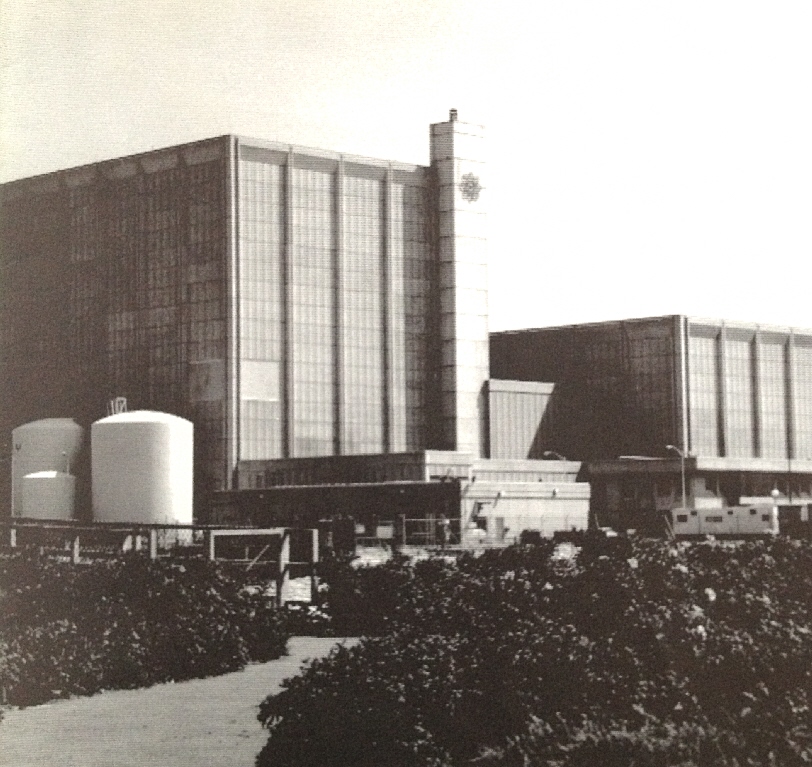 Pilgrim Nuclear Station in 1981; from Boston Edison brochure "About: Pilgrim Station" in Will Davis' library

Pilgrim was ordered in 1965 by Boston Edison; at that time, operation was planned for 1971 and the total cost for this unit was expected to be about $120 million. Bechtel corporation was hired as the architect-engineer, and construction of the plant actually began in late 1967. The plant, which uses a General Electric BWR/3 reactor in a Mk I containment, was originally rated 1998 MWt/625 MWe but after uprates and improvements over the years is now rated 2028 MWt/655 MWe.  According to figures from Boston Edison, the plant actually cost $239 million dollars (total project cost).

New England was, at the time of the construction of the large batch of nuclear plants originally sited there, very heavily dependent upon oil for power and heat. In the early 1980s it was said that Pilgrim was saving the use of roughly 7 million barrels of oil per year; at that time it was providing about 30 percent of Boston Edison's total needs and was considered to have saved customers about $115 million in fuel charges (as compared with oil). The major buildout of nuclear in New England saw this energy source providing that region with about one third of its electric power needs, and prevented the purchase of more than 43 million barrels of oil per year.

As time has gone on, the deregulated markets and age have taken a major toll on the fleet of nuclear plants in New England. Early plants (such as Yankee Atomic Electric's plant at Rowe and others) have been decommissioned and are now "green field" sites. Recently, because of unfavorable economic conditions, Vermont Yankee was forced to close. Pilgrim will now be the next to join that rank, as natural gas (and its low price) coupled with a merchant market work to force the hand of owner-operators before any such relief as might be provided by legislation can ride to the rescue-if any ever does, at all.

In recent times, Pilgrim itself has come under increased Nuclear Regulatory Commission scrutiny and has been placed in Column 4 of the NRC Oversight Process. Entergy stated that it will continue to work to move the plant out of that status and ensure that it continues to operate safely.

Entergy adds (via the Pilgrim Nuclear Station web page's FAQ section) that it "remains committed overall to nuclear power," stating that "nuclear energy's benefits are numerous and important" and include the fact that it is carbon free power; that it is reliable and cost effective over the long term; that it contributes to supply diversity and energy security as part of a balanced energy portfolio; and that it provides almost two-thirds of America's clean air energy.

Nuclear Energy Institute (NEI) has made a statement about the closure of Pilgrim, and what it perceives as flaws in the market that are leading to multiple premature shutdowns.