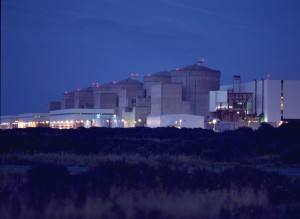 The continued introduction of renewables onto the electric grid in the United States is ensuring that discussion of whether or not these assets can be integrated with existing or expected designs of other sources continues. In this discussion, nuclear energy is often wrongly described as "on or off"-but in fact, nuclear plants can and do load follow (respond to changing system demands) although it's a matter of both design and owner utilization-with a focus on economics-that determines if or when any actually do.

Historically, most nations using nuclear power have experienced growth at rates that have allowed assets other than nuclear to ramp power up and down to meet demand variance-meaning that nuclear has operated in the "base load" mode, or steady state full power below the maximum demand. To learn about this (steady state full power as opposed to just baseload) taken to the extreme, and to learn about the polar opposite in an environment where nuclear actually dominates, we can compare the experiences and some plans of the former Soviet Union and France against each other.

Soviet Union - All up, all the time

In the former Soviet Union-that is to say as things were there prior to collapse-the state plan was that nuclear plants would never load follow and in fact it was desired that they run at full power all the time, no matter what the demand actually was. (This was partly because of poor load following characteristics of the dominant RBMK-1000 design.) To that end, the USSR recognized that it would have excess power over demand; it decided to devise ways to store it.

One scheme was fairly predictable: Giant reservoirs would be built, holding millions of gallons of water, which could be pumped up with water when the nuclear plants were providing more power than needed. When demand was high, the flow out of these reservoirs would be used as hydr0-electric power. This is called "pumped hydro storage," and is a leading concept even today to help stabilize electric power against intermittent supply. A pumped storage plant was built roughly simultaneously with the giant Ignalina nuclear plant in Lithuania, which incorporated the only four RBMK-1500 nuclear units ever built and had power vastly beyond local demands.

The other scheme was more complex, and involved stored heat. Nuclear plants would heat up storage reservoirs of energy (water, organic liquids, and phase change solids were evaluated) when providing excess power over demand. Later, these reservoirs' heat would be tapped to generate steam above and beyond that produced by the nuclear plant, so that the output of the turbine generator could be increased (requiring, of course, excess turbine capacity above that the nuclear plant could drive). The reservoirs were also planned to provide the reheat for water being fed into the steam generators of the plant, which with all things considered could increase the total output by 15 or 16 percent.

France developed a national system in one way like the former USSR's-standardized plants were built everywhere. However, France aimed for a far higher percentage of nuclear power than any other nation, and as plants were completed and the percentage of nuclear on the grid increased and increased, the French were forced to move from baseload operation to load following on all nuclear plants. This complicated task was performed in stages.

France's first major build was what are called the CP0 and CP1 series plants, rated 900 MWe and based on Westinghouse's three loop pressurized water reactor. These plants as initially designed could only load follow a small bit at the start of core life, and not at all at the end. Their power control scheme mostly relying on boron concentration was called "Mode A," and was not adequate for a nation that intended to eventually have 80 percent of its power come from nuclear. (The Gravelines units shown at the opening of this article are of this type.) 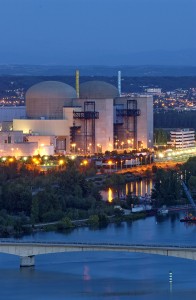 In 1975, the French (reactor vendor Framatome, later part of AREVA, and the operator Electricite de France or EDF) began to develop an advanced mode of control called "Mode G," which used a mix of control rod types in the core. Some of the rods, called "gray rods," were deliberately made less absorptive to neutrons, and by motion of these rods through wider ranges the reactor's power could be adjusted smoothly and fairly rapidly throughout the life of the core.

Testing of this modified equipment (later to be amended with control equipment called RAMP, or Reactor Advanced Maneuverability Package) began in 1981 on 900-MWe plants, and was successful. In 1983 it was decided that the remaining eight 900-MWe units not yet completed would be started up with the new Mode G; the earlier 20 units would be backfitted when possible. The backfit required 53 instead of 48 rods, but could be done during any refueling outage; it allowed the 900-MWe plants to load follow from 100-percent power to 30-percent power.

The next range of plants, the P4 and P'4 series (represented above in illustration by St. Alban), were all built incorporating Mode G. The first eight 1300-MWe units, the P4 type, were already built and on the grid by 1987 when load following testing on this new, large type began. Eventually all of these and all 12 P'4 units had Mode G and RAMP, and could undertake radical load following maneuvers almost completely through core life. Mode X, slightly improved on Mode G, was fitted to the final design of the early build out-the powerful N4 plant, a 1450-MWe design of which only four were ever completed (see below). 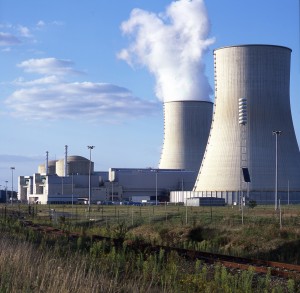 Completion of these programs gave the French a vast, versatile, and responsive fleet of nuclear plants that could operate realistically on the daily load cycle while still providing almost three quarters of the total electric generating capacity. In fact, many operators may not choose (and have not chosen) to do this because nuclear plants make the most money at 100-percent power; however, the French national choice to prioritize nuclear after the oil crisis in the early 1970s made the inclusion of load following on their nuclear plants an absolute necessity.

What do we find when we compare the above examples, keeping in mind an insight on the discussion of energy in today's world? Well, for starters, we see with the Soviet example a proof-of-concept of what amounts to grid level storage, which is a concept that renewables advocates are continually promising as the field leveler for wind and solar. Clearly, such storage is more than capable of helping nuclear plants-and may be better at helping them than helping renewables, since the renewables' output is intermittent and the nuclear plants' output is continuous. In fact, any generating plant could theoretically take advantage of grid level storage-even coal fired plants.

We see, though, that large amounts of inflexible generating power-power that we call "non-dispatchable" because it can't be ordered or dispatched when needed, which essentially demands storage-leads to a large amount of expensive and complicated infrastructure or else new design concepts. No matter the desire, whether it's for large-scale renewables OR large-scale full-power-all-the-time nuclear designs, the complexity and cost of infrastructure not directly related to the generating source but required for such a scheme is, nevertheless, considerable.

On the other hand, the French example shows us that a very high percentage of nuclear on the grid is manageable, and that nuclear plants can "play along" with either system demand or, if need be, other generating sources. Readers should note again just how many years ago these designs and concepts were proven out-these developments are not at all new.

In the next installment, we'll look at nuclear plant designs available and being built right now, today, and examine their ability to respond to system demand.

Information also provided by AREVA USA; special thanks to Curtis Roberts of AREVA for his assistance with illustrations and plant historical data.